Home
TV News
The Hunt Vs. Real Life-How Close Are We? 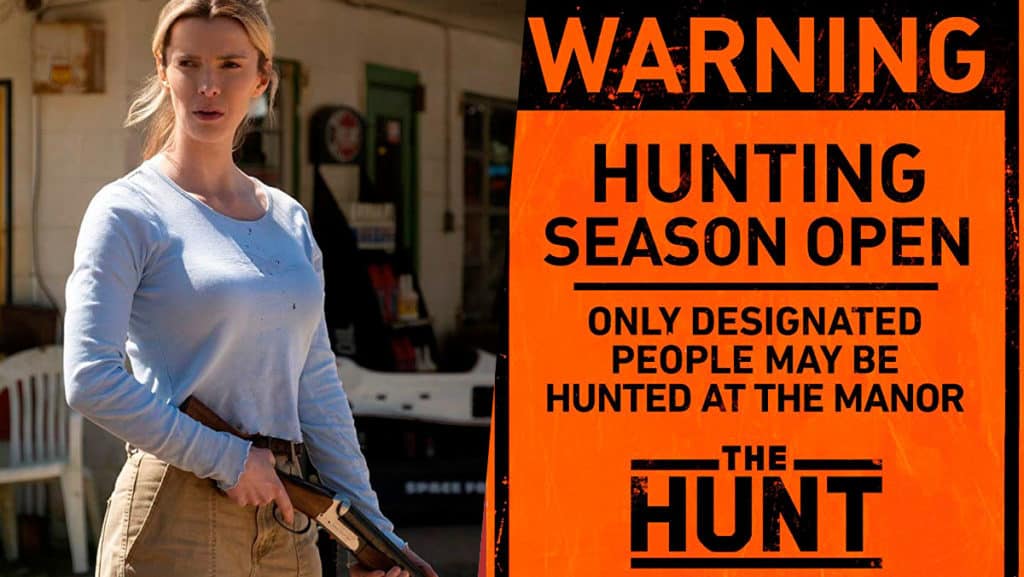 Well, let’s see here, The Hunt features liberal elites hunting deplorable conservatives, it has a mention of misgendering, of pro-choice, of animal innocence, and even stereotypical expectations, as well as a crack about climate change. Huh boy, it’s not much of a wonder why there were death threats levied at producer Jason Blum, as Charles Barfield of The Playlist mentions, but it could be why this movie turned out be so enjoyable from a very messed-up kind of standpoint. Oh yes, I said it, I enjoyed the movie and actually got a good chuckle out of some it since it poked fun at more than a few things that a lot of us tend to read about on social media and in the various newscasts that have only escalated over the years. But really, how close are we, as Americans, to seeing something like this as a possibility? Manorgate, a clever plot device thrown into the movie to propel it forward in a hurried but extremely useful way, was used to show just how easy it is for a joke to get out of control when it’s discovered by those that are willing to work off of sheer outrage instead of rational thought, as Athena and her fellow CEO’s were ousted from their places of employment for even daring to text about something so vile. Of course upon finding out who did this to them, their moral high ground kind of eroded at the speed of thought as they went to seek out a dozen of those that had spoken out so vehemently against them in order to gain their own measure of revenge.Â

Obviously this movie pokes fun at both liberals and conservatives since as inherently wrong as the liberals are for organizing this hunt, in Croatia no less, the conservatives don’t have a lot of solid ground to stand on since they went after something that wasn’t even real until they poked the hornets nest a few too many times. Eric Eisenberg of CinemaBlend had more to say on this subject. When that happened it was kind of natural for those that want to operate on emotion rather than calm, rational behavior to simply lash out and do as they will. The movie was a bit of a fake out as well since a few characters that were found in the beginning are typically those that don’t sign on for shorter roles such as Emma Roberts and Justin Hartley, as well as Ethan Suplee. There are bound to be a couple of spoilers here so hopefully you’ve watched the movie, but if not then oh well. From the start this movie is some kind of brutal since it doesn’t really pull any punches and lets fly with a few haymakers that are bound to act like a slap in the face to a few sensibilities. And it’s definitely one of the many movies where many people might find themselves saying “I wouldn’t do that, and I wouldn’t be that stupid”. That’s kind of the point really, since the movie is all about playing into what liberals and conservatives might do if Manorgate ever became a reality. The sad part is that in the real world, there are likely those that would be short just enough screws to make it happen.Â

Some people think society is headed for the Hunger Games, others for a new version of The Stand or Mad Max, but it could be that something like The Hunt would be a precursor, a kind of privatized Purge that would lead to bigger, bolder, and certainly more horrible things to come. No one wants to believe that such a thing could ever happen of course, since the morality of it is what a lot of people would seek to harp on when in truth is that it’s extremely hard to say what a power-hungry CEO might do if they suddenly lost their job over a joke. It’s not all that realistic, but in a society that’s growing continually over-sensitive and in which liberals will actively vilify one of their own for a blackface skit that occurred decades ago, there’s no telling what people are bound to do any longer, and while it’s kind of unnerving really it’s also a sign of the times, as Heath Ledger’s Joker might have said, “When the chips are down, these civilized people,Â  they’ll eat each other.”. Thanks to Norbert Juma of Everyday Power for that quote and many others that have a bearing on humanity. It’s kind of scary really that a fictional character such as the Joker has such an astute take on humanity. It’s definitely a little paranoid to think that anyone in our society could stoop to such a low, but given all that’s happened in the past couple decades it’s not too far off the mark either.Â