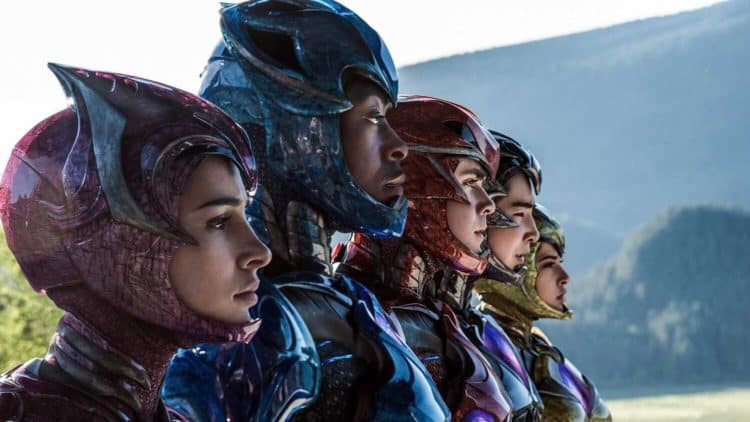 Take a moment to stop laughing at the realistic way in which these Pitch Meetings point out some of the most obvious and glaring plot holes before reading on and realizing that as much as a person might like the movies, they are kind of hard to deal with sometimes because when using even a fraction of your brain some flicks do come off as highly improbable. A Power Rangers movie was bound to be either extremely cool or kind of a flop since the middle ground does exist, but it comes with a great number of mistakes that when seen can’t be unseen. Let’s be fair for a moment and state that the effects weren’t the worst, and it might still be very entertaining for kids who didn’t get the chance to watch the show when it first came out. But those of us that might have seen it when the original Rangers first stepped into their roles might have been snickering nonstop since this movie ended up getting kind of dark at some points and even going beyond since apparently, the feeling was that things had to be way more serious and that the characters had to be more problematic, such as Kimberly sharing explicit photos and still being the victim of bullying, or Billy hacking an ankle bracelet and being seen as a good guy, or Jason getting in a car crash after committing a felony. You know, the kind of stuff that should, by all means, need a redemption arc before the ‘teens’ could become heroes.

To be fair, Becky G., who played Trini, was still technically a teenager when filming started, but she was well on her way to her 20s by the time the movie was being made, while the rest of them were easily into their 20s and had left their teenage years behind. That’s one thing that we don’t always hear about and yet many people already know it happens, teenage roles tend to go to older individuals that might be able to pass as teenagers, at least in some respects. Also, without trying to disrespect teenagers worldwide, who in their right mind would recruit a bunch of kids to help save the world? Like it or not, teenagers aren’t always the most stable individuals to utilize in this manner since a lot of people in their teens are still figuring out what they want out of life and what life has to offer them as they continue to grow and develop. There are plenty of exceptions of course since there are teenagers that are fully emancipated by the time they’re fully grown. But it might have behooved Zordon to find someone that was a little more experienced since the likelihood that this group of teens could have become a tight-knit unit in such a short time, especially since Jason was supposed to be on house arrest and Zack had an ailing mother to take care of, kind of feels like it would have negated the time they needed to ready themselves for a fight with Rita, who was supposedly an extremely powerful figure that should have been able to stomp the teens without much effort.

But that power of unity, coupled with a great deal of luck and a twist of fate in the form of, yes, let’s say it, lazy writing, made it possible for the teens to combine their impressive vehicles, which they apparently didn’t need a manual or anything for since the training was quick and simple and could be mastered in a short amount of time apparently. And combining into the Megazord, well, that was apparently instinctive, either on their part or on the part of the machines, and operating that bit of technology was a learning process that was even quicker to grasp it would appear since they were able, with Goldar’s help, to get into the fight and destroy the liquid gold beast without taking any real damage or even getting any of the being’s flowing form on the Megazord. After slapping Rita into space, meaning she must be one tough individual to take that kind of punishment, they then proceeded to shake their groove thing in front of the many onlookers that could have likely identified them if their cameras were able to pick out their faces. If you’re still laughing don’t worry too much about it, a lot of people were likely doing the same in the theater.

But since the movie bombed in a big way, one can only imagine that the plan would be to tuck tail and admit that it was a bad idea. Nope, there have been talks of a reboot…of the reboot, with a different cast and possibly a retooling of the story once again. Yeah, let the laughter continue.