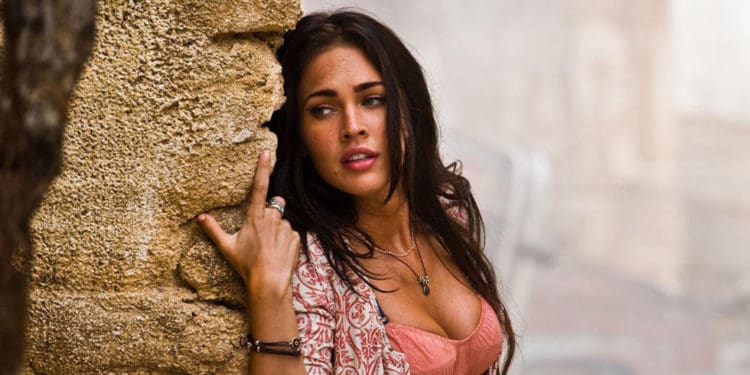 I’ll be one of the many to admit that I did enjoy Transformers when it finally came to live-action but upon looking at it from various perspectives it’s become something of a joke when one really takes into account the methods being used to make it more popular. The sex appeal is something that wasn’t there to begin with in the original animated series, no matter that there were female Transformers, so adding in Megan Fox was a choice that Michael Bay decided on, knowing that adolescent boys and men would have something else to look at. This would make it easier to stick around for the explosions, the special effects, and the exposition and continual speeches made by Optimus Prime. As a kid, it was easy to enjoy this story since it catered to the most fantastic ideas that people could bring to the table and was something above and beyond what people expected. Robots that could turn into cars and had big guns and bombs they shot at each other? The average response to this for years has been ‘yes please’, but adding in a sexy woman that wore tight clothing and looked seductive most of the time was bound to get dads attending the movie with their kids once they saw the trailer. Honestly, some would have gone simply because they were Transformers fans, but Fox’s presence in the movie would have been a partial reason at least.

Getting away from Fox for a moment though one has to admit that it’s easier to see what was inherently wrong with the movie in a lot of ways after stepping back and looking at things from a logical standpoint since this clip makes a lot of good points. The marketing for this movie was bound to be a thing of ease since Transformers have already been a popular staple in pop culture for a while, but this was a chance to push even more toys since a lot of fans likely recognized favorites such as Megatron, Optimus Prime, Bumblebee, Starscream, Jazz, Ratchet, Ironhide, and a couple of others. But while the inclusion of other Transformers wasn’t a big deal, it was seen that the Decepticons weren’t being as ruthless as they possibly could since their whole deal was to eliminate or enslave humanity, which means that taking out as many humans as possible would have been something that might have been a thing of ease. But then again, finding Megatron was kind of important since once they found Megatron they would find the Allspark, or so it was said. But the fact that the Allspark was so dangerous that it actually killed Megatron when pressed into his chest was kind of an odd thing to add. So was the fact that since Optimus Prime has died so many times and been brought back, one might think that Jazz could have been brought back after being ripped in two.

Also, if the Transformers, Autobots and Decepticons, all downloaded everything they needed to know about earth from the internet, wouldn’t they already know where the Allspark was? Considering their ability to download whatever information they need directly into their heads it would sound as though even the most well-hidden secrets would be easy to find. But then we wouldn’t have much of a movie, right? Anyway, another thing about this is that Michael Bay definitely enjoys his explosions since almost anytime there’s an impact there almost has to be an explosion, no matter if what’s being hit is combustible or not. Then there’s the dialogue, which isn’t horrible but does so little to really tell us who the characters are that it’s a wonder that people figured out on their own. Also, robots that are easily four stories tall hiding in the backyard doesn’t sound like something that would go unnoticed by anyone, let alone the neighbors and those that are actually in the house that the Autobots were hiding close to. The movie was undoubtedly made with kids in mind, but Bay was definitely going for something that would appeal to adults as well, and he managed to do this while hiding in plain sight the fact that there was very little real substance in the movie and a lot of flash in the form of explosions and special effects. But when he said that he had 14 ideas for sequels it sounded as though a collective groan went up from the fans since at that point it would have been better to announce a live-action show that would have been far more interesting.

The movies haven’t been the worse thing that has ever happened to the Transformers, but as of now, it does feel as though they’ve been mucked up beyond belief. It is a belief that it would take a miracle for the franchise to make sense any longer.