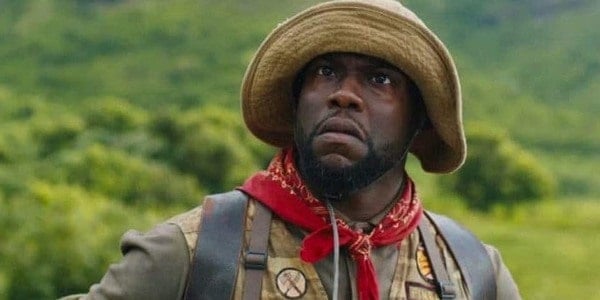 One thing Kevin Hart usually shows in any movie is that he’s in shape, but in Borderlands it’s likely that he’ll be jacked and ready to show his action chops in a big way. It’s sounding as though this movie won’t be the same as every other movie, or close to every other movie, that Hart has starred in since he won’t be given the chance to be the funny guy he usually turns out to be. There might be a few humorous or even funny moments in the movie, but it does appear that he’ll be going full-action mode for Borderlands as he takes on the role of Roland, an ex-military figure that will be one of the main characters of the story. To make things even better he trained with Navy SEALs for this role, which isn’t bound to impress a lot of people unless they’ve ever seen the hellish workouts that SEALs tend to go through at times. Given that the Navy SEALs are an elite fighting force it’s not hard to think that a lot of them push their bodies past the usual limits that many people might consider sane.

Thinking that Hart went through their workouts is enough to be impressed since it not only means that he’s taking this role seriously, but he’s also doing what he can to get into the mindset of his character. Those that have played Borderlands already know that the movie has a bit of a reputation to live up to, and while the cast is impressive, there are still plenty of hurdles to be cleared before anyone can say that it’s a success or failure. Quite often when Hart is seen on screen he’s jumping up and down, getting loud, and being the funny guy, so it’s going to be a switch when he shows up without cracking jokes. Some actors can go from one genre to another without having to combine the two, while others have to transition a bit before really finding their groove. Hart has actually been working on dramatic acting for a while and despite not going full-bore into it, he’s managed to be more than a little impressive during his more dramatic moments. But when it comes to action he’s not really a slouch so much as he is a guy that one might not think was entirely cut out for it at first.

He knows how to crack a joke when it comes to action scenes, but watching him as a pure action star is going to be interesting since wondering if he’ll be able to take on the transition in a seamless way will be of great interest to a lot of people. Hart’s been a star long enough that people are bound to keep watching him, and his time in the Jumanji movies, while not entirely about action, is bound to go a long way towards getting people to think that he can become an action star. Cate Blanchette has already made that move since her turn as Hela did a great job of showing people that she can be vicious, and her time as Galadriel in The Hobbit and The Lord of the Rings trilogies also did wonders to build up the reputation she needed. In other words, Borderlands shouldn’t be much of a trial for either of these actors, especially since they’ve been seen to be versatile in the past.

One could say that for a long while Kevin did what had brought him to the big time in the first place, he was funny and he was able to hang with physical comedy and drama. Now it’s time to step up with the action stars and make it known that he can do this too. It doesn’t sound as though he’ll have much of a problem doing this, and there’s also no doubt that many people will be likely to comment on his physique following the training and the release of the movie. Appearance is a big part of any action movie after all since muscular action stars definitely get noticed more than guys and gals with a bit of flab here and there.

A lot of people are still holding their breath when it comes to wondering just how accurate Borderlands will be since video game movies have definitely gotten better over the years, but still have a reputation for being hit and miss. One can only hope for the best at this point, but at least the cast is on point and the story sounds as though it will be following the game closer than some might think. Apart from that, we’ll just have to wait and see what’s going to happen. It’s fair to think that the movie will go off without a hitch and that the lack of comedy won’t hinder Hart, but again, let’s wait and see.