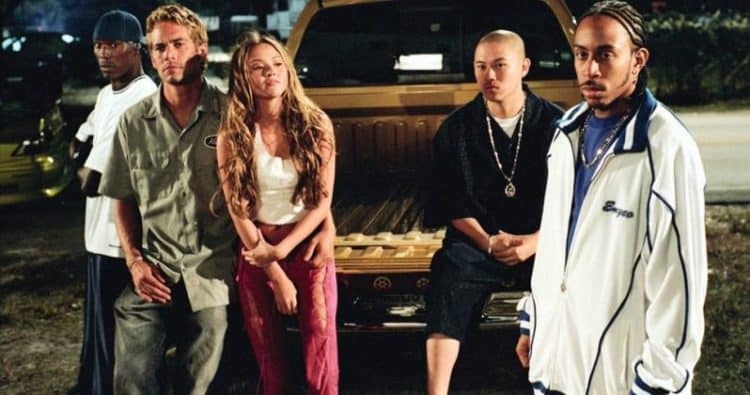 Anyone that’s ever been put on the spot for a situation in which they’re ‘in or out’ at that particular moment would know just where Chris ‘Ludacris’ Bridges was coming from when he had to audition for the role of Tej Parker in 2 Fast 2 Furious. It sounds as though the rapper/actor had to make up his mind AND give his audition in a matter of minutes since while being on tour with Eminem he was about to go on and it was made known that Ja Rule, who had been in the first Fast and Furious movie for a brief period of time, wasn’t taking the role of Tej for one reason or another. Given that the franchise hadn’t really kicked off in a big way yet it was bound to be seen as a risk, but obviously, it was one that Ludacris was willing to take since he gave his audition and later on was seen as the wisecracking but highly intelligent Tej, who’s managed to prove his worth many times over since joining the team. Since joining up, Tej has been the technical genius of the team, at least until Ramsey, played by Nathalie Emmanuel, who’s proven to be just as adept with technology but isn’t much of a driver or fighter. That was actually a nice little surprise in one of the installments to find out that Tej knew how to take a person down quickly and efficiently, but it’s fair to think that he might not be able to handle much more than a henchman since a lot of fans don’t expect him to take on someone like Deckard Shaw or Jakob Toretto in the upcoming F9 movie. Tej is, for all intents and purposes, one of the team’s resident geniuses and has his own specialties just like the rest of them, but as far as fighting goes he has skills but isn’t about to tangle with the deadliest opponents.

His areas of expertise have been well developed and revealed over the course of the movies though since he’s been an invaluable addition to the team since he showed up and has been a good friend to the lot of them as well. He’s even been a balancing force to Roman Pearce, played by Tyrese Gibson, who’s a skilled driver but also a hothead and loudmouth that doesn’t shut up that often and makes it clear that he has his own issues to deal with. Roman and Tej have been partnered up in a way that makes the two of them feel like the Odd Couple in a lot of ways since Roman is loud and obnoxious, where Tej is calm and collected most times. Where Roman might think of just being himself to get through any situation, Tej is constantly thinking and looking for angles to work in order to get around obstacles rather than complain about them as Roman tends to do. Together they make kind of a comedic duo, and somehow it works. But the story that brought Tej into the mix was that he used to be a racer until he hit a wall and messed up his leg. After that, he operated his own garage and whatever else he could in order to make money, and he did quite well as was seen in his introductory movie. Tej has always been a smart individual who apparently isn’t too far off the mark when it comes to the personality that Ludacris has put into his role, as he’s acted like his regular self more or less in order to make the part work.

There are plenty of actors that can do this and then there are those that really have to create a character that’s opposite of who they really are. Sometimes bringing one’s own personality to a role can work since the two mesh in a way that’s easy for the fans to accept since it doesn’t deviate from who the character is supposed to be and how they’re supposed to act. For the most part, Tej is someone who met Bryan, the late Paul Walker, and found a kindred spirit of sorts since the two of them were great friends in the movies and it was made clear that there was a great deal of respect between them when the second movie rolled in. Since that time, Tej has been an important figure in the Fast and Furious movies and it’s been more than apparent that coming back each time has been something that Ludacris has been willing to do since his character has become a mainstay in the franchise and will likely be there until the end. If there’s to be any spinoff with Tej it’s likely that we won’t hear much about it until later, but it would likely need to be a TV series at best.