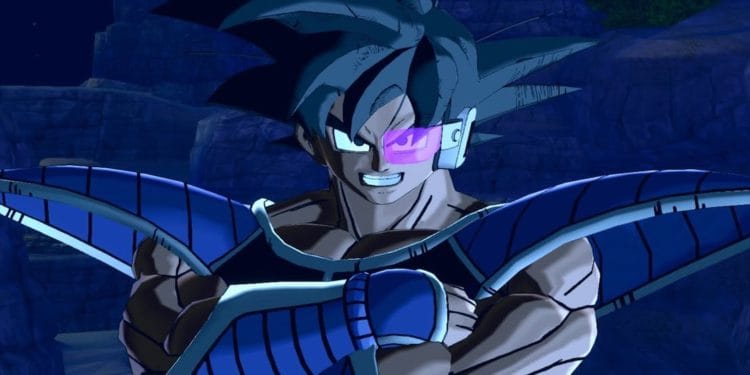 Sam Stone of CBR gives a pretty detailed account of what Dragon Ball Xenoverse 3 is going to be all about and so far it sounds pretty intense, and that’s saying quite a bit since fans would agree that the first two games have been pretty well done. Combined they’ve sold well over 15 million units throughout the world and this sequel seems like it might be primed to do even more since it’s sounding as though it might be more expansive than the first two games. It does stand to reason that the third installment would build upon what’s already been seen in the first two games and then take certain elements from both and make something unique that fans haven’t seen yet or are aware of and are excited to witness.

The release date doesn’t sound like it will be coming out this year but there is hope from some that it could come out in time for the holidays, which would make a lot of fans insanely happy on that special day. But another possibility is that it won’t come out until around 2020, possibly in the first part of the year. This seems to be a good time to unveil the game since it’s proven to be successful in the past. When it does come out however you can bet that fans of the game will be flocking to whatever store lines their shelves with copies, though it could also be that people will be reserving their copies the moment such an option is made available.

As Padraig Cotter from ScreenRant indicates it would seem that in the end of the second game Goku had made a suggestion to the Time Patroller to seek out the original Patroller from the first game to see just who is the mightiest between them. That alone seems to indicate that the third game could have something to do with the original game and the sequel and could build upon this in an epic fashion so as to bring them all into one giant mess that many would find nothing short of epic. The one thing you can bet is that there will be a lot to do with the space-time continuum since several characters within the story have something to do with either preserving it or tearing it down. To those that don’t know enough about Dragon Ball to understand what’s going on it might not be a big deal, but for those that have been around long enough to know what’s happening this could be a free for all that’s about to erupt and the space-time continuum could be in serious trouble.

As for the characters there will doubtless be new characters and old ones from both games that people will recognize as it almost sounds as though the designers are going to go big or go home, and big is definitely the idea here as the roster has been widened. Dragon Ball has never really had an issue when it came to the number of characters that would show up in any given episode, movie, or game, and this is no exception since the roster is going to increase and the number of playable characters isn’t going to disappoint a lot of fans since some of the favorites and some new faces are going to be joining the lineup. It also sounds as though the option to import one’s player from previous games could be something that’s happening, in which case a lot of people might just hold onto the characters they’ve created.

It kind of goes without saying that there will be some changes to the game in terms of missions, combat modes, and different modes of play, as this is pretty standard for just about any game sequel that comes along since keeping everything the same isn’t all that appealing. But fusion is also said to be something that will continue in the third game since the act of creating a more powerful being out of two characters is something that people happen to like and wouldn’t want to see go away.

All in all this next chapter in the Dragon Ball saga is going to be something that people will likely embrace and think of as the next best thing until something else comes along, but until that time it does sound like it might be a fun and engaging game. For those that aren’t into Dragon Ball it’s likely to be extremely confusing since there are so many games, shows, and different aspects of the franchise to follow, but for fans it’s like going home again since they’re the ones that have been around long enough to know who’s who and what’s what. That’s the target audience after all, those that know what’s up and are fully appreciative of what’s coming.