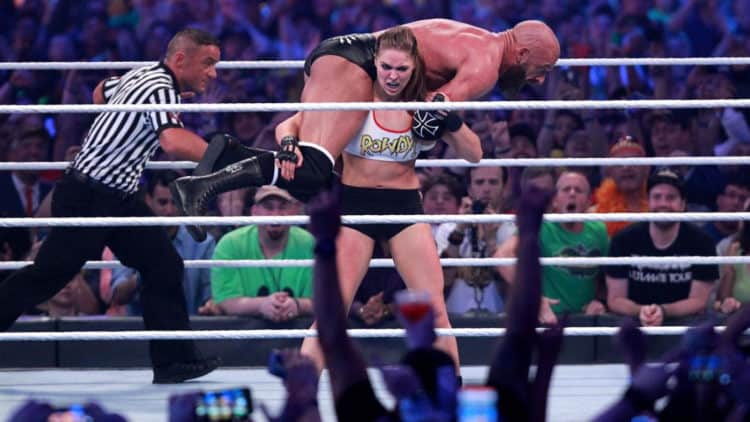 Professional wrestling has been popular in the United States for many years. Still, most fans watch it under the impression that it’s not actually real. While it’s true that professional wrestling consists of choreographed stunts, there is still a lot of work that goes into making it look good. The men and women in the industry put in countless hours of training in order to make sure that each match is performed in a way that is both safe and entertaining. Unfortunately, however, safety precautions aren’t always exercised. Over the years countless professional wrestlers have sustained serious injuries including brain damage.

Chronic traumatic encephalopathy (CTE) has been a serious problem in wrestling and other sports for many years. It wasn’t until recently, however, that people have started to learn about the lasting impact of these injuries. A group of former wrestlers has gotten together to file a lawsuit against WWE with claims regarding CTEs at the center. The lawsuit has recently been in talks of making its way to the supreme court. The outcome could change the wrestling industry forever. Keep reading to find out more about the lawsuit against the WWE.

What Is A CTE?

The word concussion is something that most people, even those without a sports background, are familiar with. Concussions are typically caused by some sort of head trauma which is common in contact sports like wrestling. Getting one concussion may not be the end of the world, but multiple concussions can cause irreversible longterm damage. Some of the side effects of repeated concussions/traumatic brain injuries (TBI) include memory problems, difficulty concentrating, mood swings, anxiety, and difficulty reading. The ultimate side effect would be a CTE.

According to the Mayo Clinic, “Chronic traumatic encephalopathy (CTE) is the term used to describe brain degeneration likely caused by repeated head traumas. CTE is a diagnosis made only at autopsy by studying sections of the brain.”

Since the study of CTEs is still relatively new, there is still a lot of information that has yet to be discovered. Unfortunately, since this injury can only truly be diagnosed after death, the process for gathering information is very unique. Still, people many people have started to be more mindful about of head injuries – especially because many athletes get involved with competitive contact sports while they’re still very young and their brains are developing.

The Details Of The Lawsuit

In 2018, 50 former professional wrestlers were named in a lawsuit against WWE. Some of the plaintiffs even passed away prior to the lawsuit being filed. In some cases, the CTE was thought to be a contributing factor in the deaths. The suit alleged that the organization did not properly protect its wrestlers from head injuries. Initially, the suit was dismissed. According to ABC News judge Vanessa Bryant “said there was no evidence that WWE knew that concussions or head blows during wrestling matches caused CTE.”

Attorney Konstantine Kyros didn’t let the dismissal stop him from pursuing justice on behalf of the wrestlers, though. In February of 2021 he filed a request to have the case brought to the Supreme Court. Since WWE choreographs its matches, Kyros argues that the organization is at fault for not making wrestlers aware of the dangers of said choreography. The Supreme Court has yet to respond in regards to how the case will move forward.

Athletes from other sports have raised similar concerns as the ones mentioned in the lawsuit. Other organizations, including the NF and NHL, have been sued. Both organizations ended up setting their suites for $1 billion and $18.9 million respectively.

What Does The Lawsuit Mean For The Future Of WWE?

At the moment, it’s a little difficult to tell if this lawsuit could change things for the WWE. There is a chance, however, that the organization could have to adjust its choreography. Additionally, WWE may have to incorporate CTE training into their process. Overall, the organization doesn’t seem to be too worried, though. They feel the lawsuit has no grounds. Plus, by the looks of things the Supreme Court may end up dismissing the case again. No matter how things pan out though, this is an important moment for anyone who plays a contact sport.

Any time a person plays a sport that involves physical contact with another person, they are taking a risk that could result in head trauma. Of course that’s not something that people want to think about when they’re in the middle of a practice or game, but it’s very important to be mindful.