Home
TV News
The Marvel Cast Shows Their Funny Side 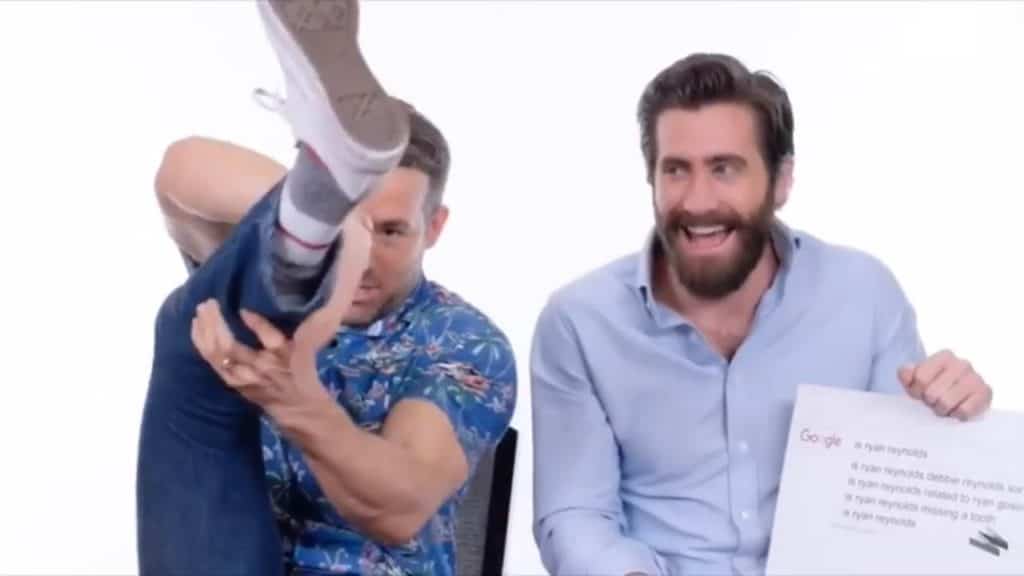 Obviously the cast members of Marvel movies aren’t all serious all the time as they like to have fun during interviews as well and just get a little nutty. The bloopers and outtake reels are pretty funny on their own when they’re revealed, but during moments such as these when a lot of people might figure that they’re bound to be serious and a little uptight it’s nice to know that the actors that have been making Marvel movies so great throughout the years do have a wacky sense of humor and are able to just let it fly whenever the mood grips them. Some of the groups are obviously having a good time with it while others are a bit more controlled and in some cases caught off guard by the hilarity that ensues, but for the most part all of them are able to just step into the moment and let it play out. Ryan Reynolds, Jake Gyllenhaal, and Tom Holland are definitely capable of just cutting loose when they want and acting more like juveniles that have been told a dirty joke or are somehow being encouraged off screen to just be as goofy as they can be. Somehow for Reynolds it just feels as though it might come natural at times since his comedy is definitely a wild and untamed thing that not everyone can take the same way.

But poor Thor, or Chris Hemsworth, or no, Thor, or…oh never mind. To think that he’s one of the most powerful heroes in the MCU, or should be at least, and gets so much good-natured flak from his fellow Avengers is kind of, well, normal really since in a battle with a guy that can snap his fingers and kill off HALF THE GALAXY it’s probably a good idea to go for the HEAD and not just the chest. Heck, even HISHE depicted a scene in which Thor didn’t go for the chest or the head but went for the arm and ended up literally disarming Thanos. But it’s true, there wouldn’t have been much of a movie left if that had happened and obviously there needed to be more tragedy so that the movie made sense and there could be another one and more merchandising and more money being pumped through the MCU so that people could feel that they were witnessing and help make movie history. Get all that? Avengers: Endgame did set the bar ridiculously high when it came to profits and even to the sheer magnitude of what to expect on screen, so it’s kind of hard to say whether or not the upcoming phases of Marvel will be able to contend with what’s already been seen, or if we’re going to see a running gag reel instead of a new phase of Marvel greats. That might not be too kind at the moment but the reality is that everything leading up to Endgame has been monumental enough that trying to push the limit any further within the MCU is going to take a truly titanic effort.

Plus, there’s the idea that Deadpool and the X-Men are now owned by Disney, and are also a part of the Marvel universe, which means there’s a possibility of seeing them together at some point. But with the Mouse House being family-oriented it’s hard to think that Deadpool would be able to really quell the need to swear and kill people in some of the most messed-up ways to appease the Mouse House. Plus, effectively tamping down the kill factor and the ability of the merc with a mouth to drop one F-bomb after another when the mood strikes him does sound like something that would be met with a great deal of resistance by the fans. However it works out the great part about having cast members such as this is that they’ve had a long time to grow accustomed to one another and have shown that they’re completely comfortable with each other most times. Comfortable enough to joke, crack wise, and make remarks that might make other people uncomfortable even since there are moments when it’s kind of obvious that a few of them love to get on the nerves of their fellow cast members if only because they can. Oh yes, poor Thor, who should have struck at the head but thought instead with his heart, which might explain his aim. The hilarity obviously doesn’t stop that often since between clips like this and the outtakes there’s a good amount of fun being had even when the interview has almost nothing to do with the actors’ time on the Marvel sets. Obviously this is a tightly-knit bunch when they’re together and having a good time isn’t beyond the realm of possibility. As Stan Lee would put it ‘Nuff said.’