Home
TV News
The Match That Never Was: Bieber vs. Cruise Round 2
Prev Article Next Article 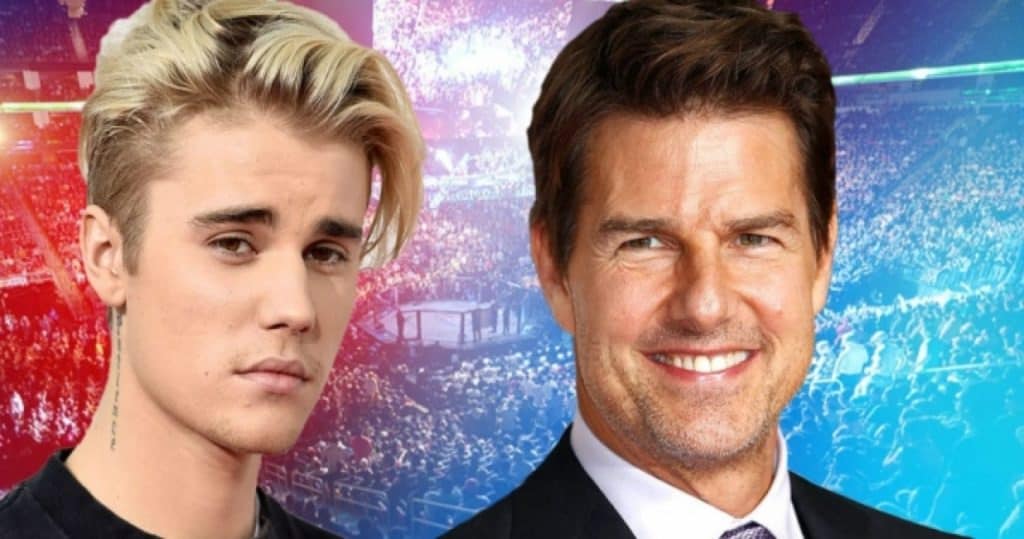 Remember that hilarious moment when Justin Bieber thought he could make a crack about how he could take Tom Cruise in a fight and then proceeded to make people think that he was entirely serious? Yeah, a lot of people do, and it’s still kind of hilarious since the thought of Cruise getting the Bieber to tap out or succumb to a withering assault would be highly entertaining for a lot of us. Whether Shaan Joshi of We Got This Covered agrees or not the thought that Bieber could ever take on a guy that, despite being so much older, is actually in great shape and does most of his own stunts, is kind of funny in a very comical and eye-rolling manner. Some folks might want to say ‘we don’t know how well Bieber can fight though, he might be a badass’. Judging by an altercation that he had with Orlando Bloom however, in which he would likely say that he ‘bobbed and weaved’ away from the older celebrity who threw what might or might not have been an unwarranted punch, Bieber is a lot of talk without less than any show. Cruise on the other hand has trained and continued to stay fit even as he’s continued to age, and to be fair, pitting him against Justin is a little crueler than the tale of Daniel being tossed to the lions, especially since a higher power wouldn’t help Biebs in the octagon, where he’s reportedly said he wants to meet Cruise.

As Claire Lampen of The Cut has shown it’s kind of unlikely that there are a lot of people that firmly believe that Bieber could take Cruise even on Tom’s worst day since first and foremost the popstar isn’t a mixed martial artist, he’s not a fighter in any sense, and even just being scrappy wouldn’t be enough. Sure he’s in good shape and looks healthy, but having a physical trainer put you through the paces to stay in shape is a little different than being downright tough and able to take a beating. There’s nothing to say that Tom wouldn’t take a few lumps here and there if Bieber managed to get lucky, but given the training and conditioning that Cruise has had to go through in his life when it comes to doing his own stunts, Biebs just doesn’t know what he’s saying when stating that he could take Cruise in a cage fight. He knows there’s no open door to run out of, right?

Just like it was before this could be a massive joke to spark a little more publicity for his own career and Biebs could walk his words back again to say that he’s just trying to rile people up. It’s working obviously if we’re talking about it, but the likelihood that he really thinks he could take someone that’s in the shape Cruise is speaks to the fact that he does think a little highly of himself. If Bieber really wants to fight someone he might need to stick to his weight and experience level since Cruise has been an action star since before Bieber was old enough to embarrass himself in public. It might be better if he started out with James Corden for real as it was shown in Variety, as it might be a more even match considering that both of them might actually fight in the same manner, poorly. It’s important to note that Bieber has something of a history in feuding with others only to ‘make it right’ not long after by playing it off as a joke or somehow making nice with those that he apparently had a problem with. What this says is that not only is Biebs kind of full of it, and you can use your imagination to fill in that blank, but he’s not exactly the lionhearted individual that he wants to paint himself as when it comes to meeting a physical challenge that doesn’t involve dancing his way across a stage. In short, Bieber is more like a small dog that continues to bark when no one is paying attention and backs off when the bigger dogs come near thinking he’s spoiling for a fight.

The idea that he could put Cruise on his back in a fight is fairly laughable and is easily debunked as more of a hoax to get a little more attention that he really doesn’t need. If Dana White did ever sanction a UFC match it would be because 1) Tom Cruise finally took Bieber seriously and figured it was worth the effort to shut him up, and 2) People were calling for the fight in droves, stating that they’d pay top dollar to see it. Come on, wouldn’t you? It might go down in history as one of the greatest parodies of the decade.