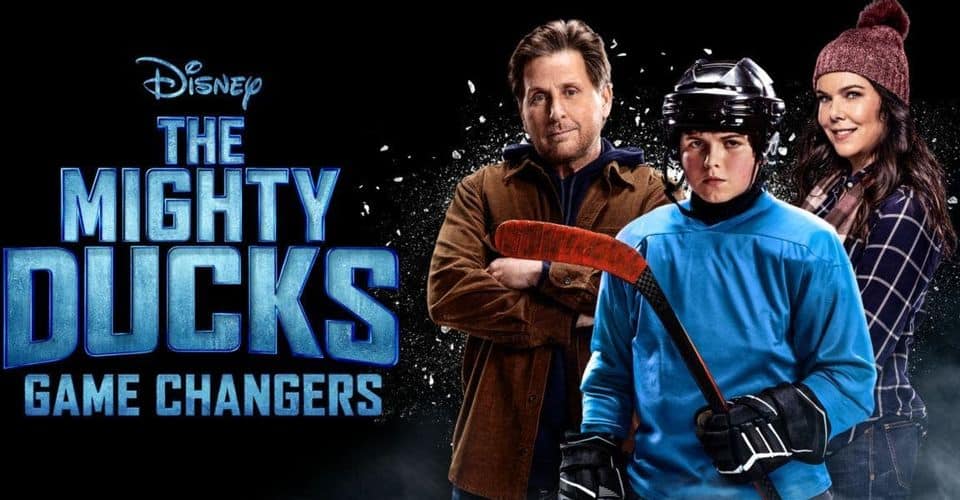 Just when you think things are back on an even keel, things start slipping off the rails again. The Don’t Bothers have settled things between themselves so far and have come together as a team, which means of course that something else has to happen in order to push the story forward. What’s bad about that is the fact that if the team isn’t suffering, then the coach is about to go a bit off the rails as Alex, who is starting to get used to winning, is becoming way too much like the same people that she didn’t care for as she’s treating the game less like the fun time that she wanted it to be and more like a competition as she continues to push the team and demand more as she forces a diet upon them, stricter training schedules, and in short, starts trying to turn them into the Ducks, the very team that she didn’t want them to be like. Success is addictive unfortunately and when coupled with ideas on how to keep the success rolling it would appear that Alex doesn’t mind going all-in when it comes to making certain that her son’s team continues to display an edge that will dominate other teams. The only problem is that Alex is way too obsessive of a personality to try and switch gears that quickly and it’s pretty obvious that from her time at work and her time on the ice she’s going down roughly the same road that Gordon Bombay did since she’s forgetting why she took on the role of coach to start with. The downside is that Bombay sees this, but in order to keep the peace as an assistant coach, he’s doing what he can and keeping his distance to be respectful. There is a lot of call for him to step in and let Alex know what she’s doing wrong, but it would appear that he also knows that it’s best to hang back a bit and not step in too hard.

As far as the team goes, things are pretty well-taken care of, apart from Nick appearing to be jealous of Logan. That’s kind of funny really since they’re both a part of the team, and Nick can actually skate, whereas Logan needs Bombay to show him how. Plus, Logan has nothing but respect for Nick, whose insecurities are quickly neutralized when the two of them talk it out. One of the funniest aspects of this episode comes when Koob convinces the rest of the team to avoid washing their socks and continue to wear them for every game. This is been done by so many athletes throughout history in the name of luck that it would be hard to name them all. But while the team does manage to win, supposedly because of the socks, it kind of goes to show how the mental aspect of winning can affect a person in a number of different ways. Thankfully though the team does get tired of the smell and ditches the socks, forcing Koob to do the same as well as his socks actually retain the shape of his feet when they’re yanked off. Yeah, that’s nasty.

But Alex’s turn is by far the biggest issue to deal with at the moment since while she’s gained a bit of confidence, which is a good thing, she’s also gained more than a little arrogance to go with it, which is a drawback that does happen to plenty of people. Winning feels good, and it gets addictive, especially when a person doesn’t win all that often. But Alex’s approach to it so far is something that a lot of people who aren’t too self-aware tend to exhibit when they suddenly realize that things are going their way. Too often a person will actually expect to win all the time, and will continue to push, and push, and push their team, or themselves, in a way that will eventually force them to realize that the demands they’re putting on themselves or others are simply too much. The test of character comes when a person realizes that they’re pushing too hard and need to back off, or will continue to push and make things worse. The latter is unfortunately what Alex has done, as she alienated her team following a win of all things, a win that put them in state competition. That’s right, with a win over the Huskies, the Don’t Bothers are going to be in the state competition, where they’ll meet the Ducks most likely, and Alex actually threw a fit over the play that got them to the state game.

The look on her face after she knocked over the hockey sticks indicates that she knew she was in the wrong and had to make a quick exit. The next episode should be interesting, especially after Evan said he was going to have to fire his mother. That ought to be interesting.