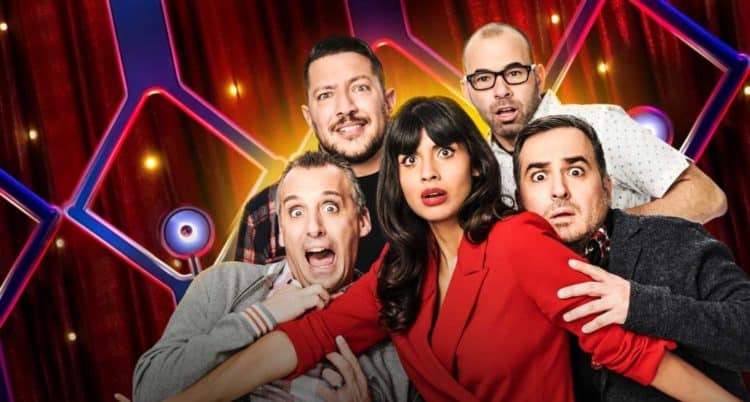 The premise of The Misery Index is simple enough. Two teams consisting of two cast members from the Impractical Jokers and another player will face off to rate terrible things that have happened. Events like explosive diarrhea after orgasm and finding a leech in someone’s nose are compared and ranked. Scoring is based on how miserable people are during or after something this horrible happens. The 1-100 scale and actual scores have been determined in advance by psychologists. Whoever gets closest to the real score wins. However, there’s more than mere cringe-worthy hilarity to be gained from this fantastic show. Here are ten things you didn’t know about The Misery Index.

TMI usually means Too Much Information, but if you’re an economist, then the significance of those three letters is very different. The (original) Misery Index, which doesn’t have much to do with the show that shares its name, was a rating system for human misery based on economic indicators.  In the 1960s, an economist named Arthur Okun created the Misery index by combining inflation rates with unemployment. Since that time, the formula has been modified to include other factors like bank lending rates. However, any way you do the math, the Misery Index is a snapshot of economic well-being and how happy people are.

2. Where It All Began

The game show may not be based directly on the original Misery Index, but the Misery Index inspired a card game. S**t Happens is a hilarious game that began on Kickstarter. The concept, like the game show, involves ranking crappy things that can happen. Some aren’t the end of the world, like throwing up in public. Meanwhile, other events, like getting caught in a bear trap, are pretty horrible. The creators found psychologists, social workers, counselors, and other mental wellness experts to rank how misery-inducing the events depicted are. When playing, all you have to do is put the cards in order, but it’s harder than it sounds.

3. Brought to You By

Like many other outstanding actresses, we’ve had our eye on Jameela Jamil for a while. This exceptional British actress wasn’t always a famous beauty. She started as an English teacher and has also worked in radio. Jameela is best known for her anti-body-shaming activism as well as her other work. We adored her in The Good Place. She played vapid socialite Tahani Al Jamil who raised billions for charity in a misguided attempt to overshadow her much more famous sister. Though she doesn’t complain about her life, Jameela certainly understands that S**t Happens. She was born with congenital hearing loss and labyrinthitis and underwent surgery to correct her problems at an early age.

The crew from Impractical Jokers bring their sense of humor and horror to the table for The Misery Index. These guys certainly know misery after doing their show for eight seasons. In each episode, they challenge each other to take dares that are wild and uncomfortable. Sal, Joe, Q, and Murr can always pass on the tasks, but the loser undergoes an extreme punishment, like body piercing, or skydiving. What some people consider fun terrifies others. Hence, this quartet understands human misery as well as anyone and better than some. After all, being embarrassed and miserable is what they do for a living most days.

5. Before They Were Impractical

The jokers have known each other for a very long time. Brian “Q” Quinn, Sal Vulcano, Joe Gatto, and James “Murr” Murray went to high school together at Monsignore Farrel High in Staten Island. In 1999 they formed their own comedy improv troupe, known as The Tenderloins. As impractical as that may seem for a career choice, they have been hugely successful for the last two decades. Doubtless, The Misery Index will be another in their long line of inspired and hilarious exploits.

6. Why Have Comedians Help Out

The short answer is that it’s funnier with the comedian’s assistance. Of course, they’re (sort of) trying to be some help to the contestants. The bonus for the comedians is that they get paid to do what they love, which is making jokes. In their way, the Tenderloins are experts at misery. Naturally, they’re a little biased since they also cause each other distress for fun and profit.

Andy Breckman, who created the original S**t Happens, has been writing humor for a long time. He wrote and produced the shows Monk and The Good Cop in addition to the game. We can’t give him sole credit for the show since the TV version was a joint effort. Andy worked with Ben & Dan Newmark of Grandma’s House Entertainment, but we know he’s one funny man.

Unfortunately, some of the things that happen to make people miserable are going to cause injury. Not just mental anguish, we mean real pain, possibly even blood, and broken bones. However, the producers were careful when choosing their real-world events. To the best of their ability, they have made sure that no matter how awful the circumstances, no one died. It’s a small comfort given some of the gross and frightening things that can happen to rate, making it on the show as an event. At least they’ve done their homework and made sure people are ‘okay.’

Every game has to have rules. The Misery Index asks two players, with the help of their Tenderloin teammates, to look at the details of an awful situation. They must then guess how high it ranks out of a hundred in terms of trauma, pain, and general misery. For example, the first two players had these choices to make; One player decided whether it would be worse to reach into a bag and stab yourself through the hand with a nail or have your partner scream out their exes name in bed with you. The other player was asked to choose between a grandmother who wants to marry her grandson and waking up covered in fire ants. We won’t spoil the answers for you, but those are tough choices. Keep in mind; it’s not about how you would feel but instead how psychologists ranked the events for most people.

The show’s contestants aren’t just there because they enjoy hearing about someone else’s pain. Since it’s a game show, there are prizes. Questions are worth cash. The first couple of rounds give the winner anywhere from five hundred dollars to five thousand and a chance at the grand prize of thirty-thousand dollars.

Everyone goes through a bad time at some point. We’re not saying that any person’s experience is invalid just because it’s not ‘as bad’ as another’s. Everyone goes through their misery in their own way. The worst pain you’ve ever felt is still the worst for you. Just remember, no matter how bad your life seems, it could always be worse. If you don’t believe us, watch the show. What’s the worst thing you can think of that should be on the show? Let us know in the comments below.