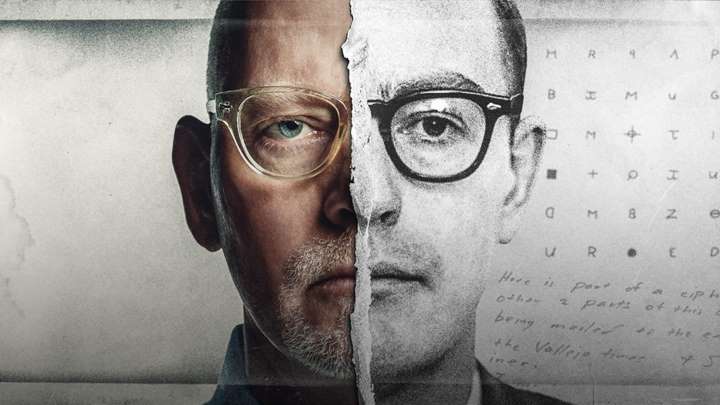 The Most Dangerous Animal of All is a FX miniseries focused on a man named Gary L. Stewart’s search for his biological father. For a lot of people, that would be more than interesting enough on its own. However, what makes this mini-series stand out is that its subject thinks that his biological father was the Zodiac Killer. Here are 10 things that you may or may not have known about The Most Dangerous Animal of All:

The mini-series is based on a book penned by Stewart in collaboration with a journalist named Susan Mustafa. Said book proved to be a commercial success, which is how it brought in a wide range of parties interested in adapting it for a visual medium. In the end, the production company called Campfire was the one that managed to secure the rights, thus resulting in the mini-series.

It is important to note that The Most Dangerous Animal of All isn’t some kind of documentary about the Zodiac Killer. Instead, it is a documentary centered on one man’s search for his biological father, who said individual believes to have been the serial killer. As such, the mini-series can offer something fresh for true crime fans while still remaining rather familiar.

3. Not Limited to Stewart’s Perspective

One of the major differences between the book and the mini-series is that the latter isn’t limited to Stewart’s perspective. For those who are curious, the production company looked further into Stewart’s claims, with the result that it came to a different concusion from said individual based on the evidence that it managed to turn up. This is covered in the mini-series itself, which is very interesting because it can change how the viewers see the whole thing presented to them.

4. It Started Out with a Man’s Search For His Parents

As Stewart tells it, he was adopted when he was still just three and a half months old. However, it was a closed adoption, meaning that the names of both of his biological parents were hidden. Fortunately, Stewart’s adoptive parents proved to be very supportive of him, so much so that they have even put a fair amount of effort into backing up his search for his biological parents.

5. His Biological Mother Contacted Him First

In time, it was Stewart’s biological mother who contacted him first. It turned out that she was 14-year-old when Stewart’s father eloped with her and impregnated her. Eventually, that same individual abandoned Stewart in the stairwell of an apartment building.

6. Stewart Is Convinced that His Biological Father Was the Zodiac Killer

Stewart is convinced that his biological father Earl Van Best Jr. was the Zodiac Killer. In short, the Zodiac Killer was a serial killer who operated in Northern California from the late 1960s to the early 1970s, though it is possible that he was active outside of this period as well. In total, he is known to have attacked four men as well as three women, with two of the three men having managed to get away. More people are suspected to have been targeted by the Zodiac Killer, but those cases are unconfirmed. Unfortunately, while the police as well as other parties have come up with a number of theories about how the Zodiac Killer might be, said individual has never been caught.

7. The Mini-Series Turned Out To Be Less Straightforward Than Expected

Curiously, the mini-series turned out to be less straightforward than what the production company had expected. Basically, they went in with the expectation that they would cover Stewart’s search for his biological father as well as the toll that said search took upon him. However, as they looked deeper and deeper into Stewart’s amateur investigation, they uncovered more and more evidence that his conclusion was wrong.

8. Stewart’s Biological Father Was Not the Zodiac Killer

The production company hired a private investigator to look into Stewart’s search. It wasn’t too long before the private investigator started turning up evidence that Stewart’s conclusion was wrong. For example, experts dismissed the idea that his biological father’s fingerprints and handwriting were matches for those of the Zodiac Killer. Likewise, it turned out that Stewart had actually doctored a police report at one point in time, which raised some serious questions about his motivations. However, the single most convincing piece of evidence is that Stewart had actually managed to track his biological father to Europe at around the same time that the Zodiac Killer was operating in Northern California.

9. The Production Company Decided to Confront Stewart At the Very End

Eventually, the production company made the choice to confront Stewart about the evidence at the very end of production for a number of reasons. One, there was the very real possibility that the revelations would destroy its working relationship with Stewart, which in turn, could have a catastrophic effect on the overall prospects for the mini-series. Two, the founder of Campfire had become a personal friend of Stewart, meaning that he wasn’t particularly eager to produce the revelations that could have life-changing consequences for his friend.

10. Stewart Still Believes that His Biological Father Was the Zodiac Killer

The production company has more than enough evidence to say that Stewart’s biological father was not the Zodiac Killer. However, Stewart remains convinced that his biological father was indeed the Zodiac Killer. In contrast, the co-author of Stewart’s book had a much more dramatic reaction, with her outright breaking down when she learned just how much of the book turned out to be false. At the end of the day, the whole thing ties back to the main question presented by the mini-series, which is how Stewart feels about the whole thing. However, there doesn’t seem to be a clear answer, not least because Stewart himself has shown behavior that seems contradictory to those who are looking in from the outside.