Home
Movies
The Most Inappropriate Characters From Space Jam: A New Legacy 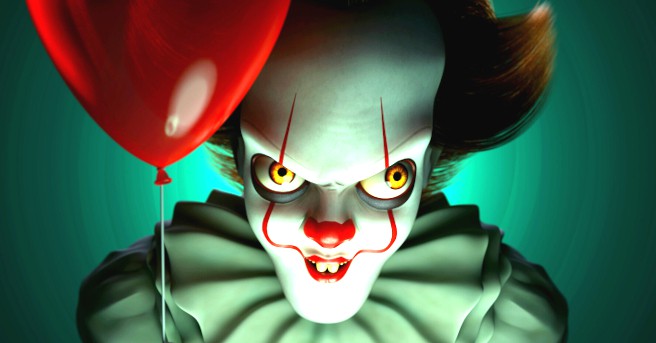 With our need for nostalgia-based entertainment at an all-time high, what with the countless reboots, sequels, and reimaginings of yesteryear properties, it is no surprise Space Jam: A New Legacy starring LeBron James and The Looney Tunes would attempt to cash in even further than they already have. The film takes place in a virtual world where the entirety of the Warner Bros. catalog is stored. Properties the likes of The Wizarding World, Casablanca, The Matrix, and the DC Universe all take part in some way either as skits with the Tune Squad and James or appearing as background characters in the crowd at the basketball game (many of whom look like poorly thrown together cosplayers pretending to cheer for our heroes).

But what was so surprising is the amount of inappropriate or simply obscure character choices that they decided to go with, which is odd given the fact that the classic Looney Tune Pepe´ Le Pew was excluded from the film due to his overly aggressive manner with meeting women over the years. Evidentially, this irony was lost on the execs at Warner Bros. So, here are a few of the characters you might have missed while watching this blatant cash grab of a kid’s film.

Seen in multiple background shots, the shape-shifting clown from Stephen King’s IT can be seen holding a red balloon and clapping jubilantly during the finale. Did I mention this character eats kids?

You might be asking, what is a Droog? They are a gang of bowler hat-wearing near-do-wells who accompany Malcolm McDowell’s character Alex in Stanley Kubrick’s 1971 dystopian classic A Clock Work Orange. Having seen this extremely violent film, let’s just say, Pepe´ Le Pew comes out smelling like roses compared to these blokes.

Now, I didn’t see Officer Murphy in any of the crowd shots where many of the cameos are a quick ‘blink and you miss it,’ but according to Warner Bros. Entertainment Wiki, he makes an appearance.  Kind of an odd choice given the first film in the series depicts a thug getting hit by a car while being melted by toxic waste. Family entertainment, right there.

The Nun from Ken Russel’s The Devils

Seen in a slew of shots throughout the basketball sequences is one of the most obscure and brazenly inappropriate character cameos found in this mess. Every now and again, you see a pale-faced nun in a white habit with a big black crucifix down the front. This character is from the 1971 Ken Russell film The Devils, which IMDb explains thusly:

In 17th-century France, Father Urbain Grandier seeks to protect the city of Loudun from the corrupt establishment of Cardinal Richelieu. Hysteria occurs within the city when he is accused of witchcraft by a sexually repressed nun.

Yeah. Maybe using a character from a Rated X film wasn’t the most enlightened choice.

What comes to mind you think Bugs Bunny and basketball? The head of a New Jersey crime family, of course. In another ‘blink and you miss it’ appearance, I’d imagine the studio hired a look Gandolfini alike to stand in the crowd where he just blended in.

In one of the many speaking cameos, The Tasmanian Devil hitches a ride from two familiar faces, Rick Sanchez and his grandson Morty Smith from the titular Adult Swim cartoon. I will admit, being a fan of the show, I enjoyed seeing them but maybe having a foul-mouthed, raging alcoholic hanging out with Taz in a family flick wasn’t the best place to *belch* showcase these two guys.

This was an odd choice down to having Wile E. Coyote spraying his teeth with silver paint, holding up a sign declaring ‘Witness Me’ while jumping off a War Boy’s car.  Funny yes, but let’s not give the kiddies in the audience any ideas.

This one isn’t the most egregious offense in A New Legacy, except for the terrible-looking CGI used to create them. It only goes to show, they should always use puppets in any newer versions.

Batman’s Rouge’s gallery is on full display, down to the many iterations created over the years. Both the ‘60’s Penguin and Danny DeVito’s versions pop up now and again as well as Nicholson and Ledger’s Jokers. What makes these cameos so terrible is, like any of the live-action characters at the game, is the fact that they look like people at Comic-Con waiting in line at Hall H. With all of the digital diarrhea on display, one would think they could have given them a touch-up.

The Cast of Game of Thrones

For the most part, Space Jam: A New Legacy does nothing more than trot out an old property to use as a near two-hour trailer for all of the properties now owned by one company. The film corporate shilling at its worst made by tone-deaf non-creatives sitting in a board room. But if you’re curious to see another Ready Player One-style movie made with some of the same characters, by all means, enjoy.