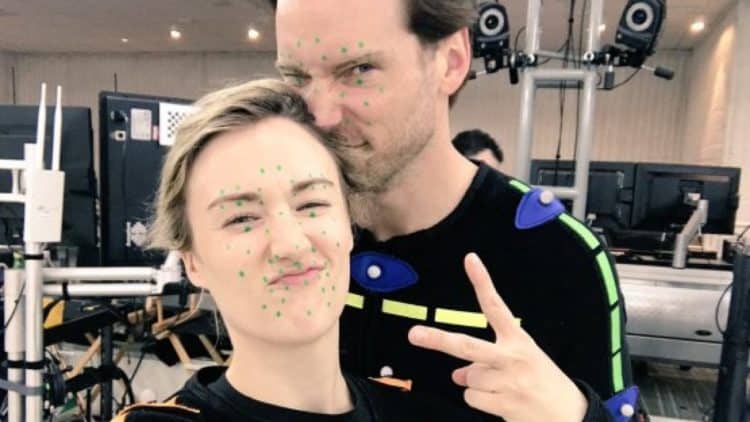 When you think about the cast of Growing Pains you almost would have thought that anyone and everyone would have made something of themselves since it was a popular show at the time and featured a few very well-respected actors. But then the moment that the show was over the wheels started to come off and the truth started to come out about how really ‘talented’ some of the cast members were. There were a few projects that some of them went on to. Alan Thicke, rest in peace, was seen in Married…With Children a couple of times as you can see here on BundyFan 100’s youtube video. Kirk Cameron went on to do a couple of movies, such as working on the Left Behind series as is shown in Josho456123’s clip.

At the age of 32 she’s actually surpassed her fellow cast members from Growing Pains and has left the part of Chrissy far behind as she’s continued to expand her career into something that’s not superstar level but is certainly well beyond anything that the others managed to do. While some of the actors did in fact show up on the occasional show or TV movie, Ashley was forging ahead with various roles that allowed her to show up in episodes of sitcoms and animated shows that were insanely popular at the time, thereby creating more exposure and allowing her reputation to continue expanding. In fact if you’ll remember she starred in What Women Want with Mel Gibson back in 2000, playing the main character’s disapproving daughter. Jordan Danfyu actually captures the character perfectly in this clip on YouTube and it’s pretty hilarious since it’s every father’s worst nightmare, and possibly the last thing they might experience before seeing red.

She also showed up in the Avengers as a waitress who some folks might have noticed got a little more screen time than those around her since she had several seconds in which she could be easily recognized. To be honest she was supposed to be Cap’s new love interest at one point, but the idea was scrapped and Sharon Carter was brought into the picture instead. Despite that, Ashley kept on moving forward and since then she’s been continuing along a path that has been keeping her plenty busy and well-supplied with opportunities that have allowed her to grow as a person and as an actress. It’s kind of interesting to see where she is compared to the others.

Karen Bells of Hello Giggles deserves the credit for dredging all this up but what’s interesting is that while a few of the people from the cast did in fact manage to do something with their careers, Ashley has remained the most successful.

Joanna Kearns, aka Maggie Seaver, went on to star in a number of TV movies that made her name stand out in a way, but eventually she went on to sitting behind the camera instead of in front. This is something that you can actually see as a natural form of progression with many actors as they eventually want to transition from acting to directing and in some cases producing. Jeremy Miller, or Ben Seaver, took to heavy drinking not long after the show wrapped and eventually did manage to get sober. After that he went into rehab and became a spokesman for the rehabilitation industry. Tracy Gold is someone that many people should know at least something about since she also became a well-known name on the TV movie circuit and was seen in quite a few shows as a guest star, including Celebrity Wife Swap. Kirk Cameron, aka Mike Seaver, is perhaps the most well-remembered of the bunch since he was the guy that caused the most trouble on the show, as his character of course. Behind the scenes though it seems as though he was something of a challenge to work with. This had a lot to do with him becoming a born-again Christian when he was 17, which prompted him to start changing story lines that he thought were too racy or not family-friendly enough for his liking.

Obviously that alone kind of rubbed his costars the wrong way and Kirk didn’t even bother keeping in touch with them after the show was over. Out of all of them though Ashley is one of the only ones that managed to avoid any and all controversies and just kept pushing ahead with her career in a positive and forward-thinking way. It does seem that if he was still with us that Alan Thicke might have beat just slightly in the success department since unlike Kirk he was friendly enough and knew when to keep his opinions tamped down just enough to keep people placated. But at this time Ashley is the one that has the most potential moving forward and is the last remaining cast member that has really done something with her life.