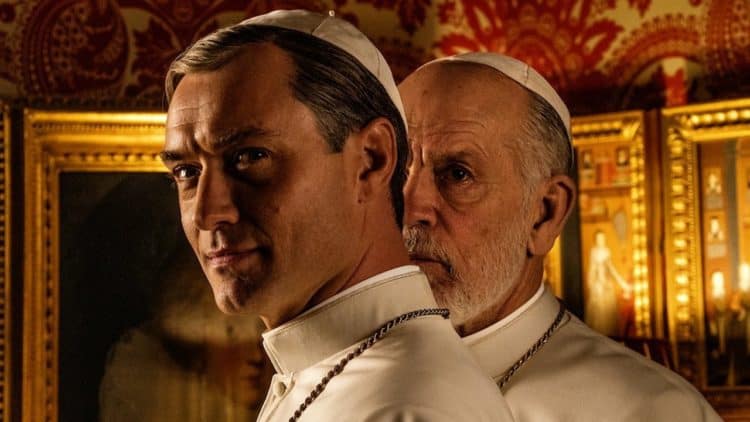 Hopefully, you tuned in for tonight’s premiere of The New Pope. It was outstanding, but we won’t post any spoilers here. However, since we’re enjoying the show so much already, we had to do a little digging around to find out more about it. If you haven’t already seen the show’s predecessor, The Young Pope, then you may want to catch up so you’ll be up to speed on the original before too many more episodes of The New Pope air. Here are ten things you didn’t know about The New Pope on HBO.

Warning, Spoilers for The Young Pope Ahead! The Young Pope, the ingenious predecessor to The New Pope, was revolutionary and entirely controversial. The story of the first American Pope and youngest Pope in history begins with a conclave where no one can figure out how the ‘guy’ who just got elected managed to get enough votes to get the job. If that sounds familiar, we can’t confirm whether or not it was an intentional jibe at the president, but someone is undoubtedly laughing. The limited series ended with the Pope in what was expected to be an irreversible coma.

2. John Malkovich as The Pope

If there’s one unquestionable thing in Hollywood, it’s that John Malkovich can play almost any role you could dream up for him. His filmography is incredibly diverse and extensive. We’re not sure who else was considered for the lead role in The New Pope, but it’s not hard to figure out why they went with Malkovich. He’s an incredibly talented actor. From Chazz Spencer in Zoolander to himself in Being John Malkovich and Blackbeard in Crossbones, few actors can match his range.

Jude worried about playing a pope initially according to Fame Focus. We can’t blame him. After all, he was taking on the role of a fictionalized version of perhaps the most famous man in the world. Fortunately, he wasn’t totally condemned by everyone associated with the Vatican. After all, Vatican experts designed his wardrobe.

One of the most amusing cameos planned for The New Pope is, without a doubt, Marylin Manson. What is the shock rocker himself doing on a show about the Pope? You’ll have to watch to find out. However, we wanted to mention his honorary status as an honorary priest in the Church of Satan. We know that the rumors pop up from time to time that he’s an ‘ordained priest’ of that religion. However, the CoS popped into a Twitter conversation to clarify the issue once and for all. It turns out that ‘ordained’ is entirely the wrong term for it, but a couple of decades back, he was recognized for accomplishments that benefited them.

The New Pope, written by Paolo Sorrentino with Umberto Contarello and Stefano Bises and produced by Lorenzo Mieli and Mario Gianani, has certainly had no trouble attracting big names to fill the even bigger shoes in their show. Among the other cameos planned for TNP are Mark Ivanir (Schindlers List, The Good Shepherd, and dozens of other amazing films and shows) and Sharon Stone.

If you missed the premier or the prequel, we strongly suggest that, instead of trying to jump into the action with the next episode, you go back to where it all started. Watch The Young Pope from the beginning and then catch the first episode of The New Pope. You can thank us later.

From pop music to sponge baths, the humor in The New Pope isn’t what you’ll see at a comedy club, but it is very definitely there nonetheless. Reviewers like Mike Hale of The New York Times got the joke. Of course, you only have to see the preview to figure out that there’s some tongue in cheek humor, and quite a bit of more obvious spoofing going on here. Portraying the Palpal role as something that can be amusing is just one more way TNP manages to inject serious humanity into a traditionally unapproachable position by bringing up the funny parts alongside the other aspects of the job.

8. Popes are People Too

One of the underlying themes of Paolo Sorrentino’s masterwork is that Popes are human, just like the rest of us. They may sit on a pillar and lead a billion people, but they have thoughts, feelings, ambitions, and drives as any person does. A Pope, anyone, current or past, feels anger, desire, hope, fear, and everything else that you feel. Bringing a sense of humanity to such a lofty role wasn’t the most obvious draw of TNP, but it is a big part of the show’s effect.

While the original (The Young Pope) kept it’s nose mostly out of the real world news of the time, favoring the story for its own sake, the same can not be said of this continuation. As Sorrentino told Rolling Stone, there will be “references to current events.” We can only guess at what those will be, but we’ll be slightly disappointed if no one makes a sly joke about the similarity between the elections of Pope Pius XIII and Donald Trump.

Most of the millions of fans who tuned in to watch tonight’s episode of The New Pope probably thought it was the first time anyone outside the cast, and perhaps some reviewers who got an early premiere, was seeing the show. However, for those fortunate enough to be at The Venice Film Festival last September, The New Pope is already old (if welcome) news.

We binged The Young Pope more than once. Moreover, we’re not sorry, and we plan to do it again, and if the first episode is any indication, we’ll be adding The New Pope to that playlist as well. When it comes to drama, entertainment, and sheer genius in terms of writing, casting, and playing the parts, we’d give an Oscar, Emmy, or any other award we could get our hands on to this show and everyone involved in it. Did you see the premiere tonight, or back in September? Let us know what you thought in the comments below.