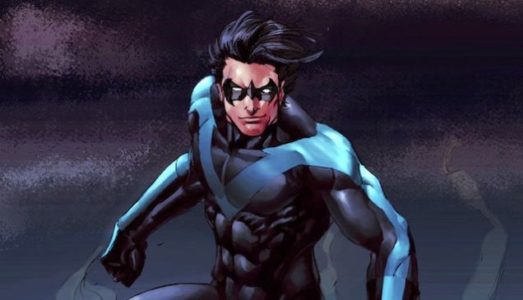 One of the several movies that the DC Cinematic Universe has stuck on its development floor is the Nightwing movie. They even got director Chris McKay, the same man who helmed the Lego Batman movie, to direct the film. Sounds like a good plan, but sadly, the movie never really got past the development floor. Does that mean it will never happen? I personally hope it does, but I’ve learned to not get my hopes up. It’s mostly because I was one of the few people who was very much looking forward to the New Gods movie from Ava DuVernay. And again, that was sadly canceled by Warner Bros., along with the Trench movie that James Wan had in mind. I hope those projects get picked up again, but for now, I think now is a good time for a Nightwing movie.

So first of all, where does Nightwing fit into the DCEU? Well, if you’re a fan of DC comics, you know the history behind the character. And how can you not? Before the man who became Nightwing, the vigilante/hero of Bludhaven, he was the first Robin. And before he was Robin, he was young Dick Grayson of the Flying Grayson’s circus act.

After the young Dick Grayson’s parents were killed, Bruce Wayne took the orphan under his wing and eventually revealed to him that he was Batman. And when little Dick Grayson find out, he made his own costumes with the same colors his parents wore in the circus and used his amazing acrobatics skills to become the Robin, the sidekick of Batman. Now every Batman fan knows that Dick Grayson wasn’t the only Robin, but we all need to remember that he was the first. Why? Because he resembled Bruce Wayne in almost every way.

They both lost their parents at a young age, they both had a surrogate father figure who watched over them, and they both became the costumed vigilantes of their own cities. But of course, Dick Grayson as Nightwing was a different kind of crime fighter than Batman. In fact, part of the reason he parted ways with Batman is because he didn’t fully see eye-to-eye with his methods on fighting criminals in Gotham. Dick didn’t condone the torture Batman inflicted on criminals and grew tired of his constant detachment from the outside world. Unlike Bruce, Dick aspired to have a life outside the vigilante routine. He moved to Bludhaven, became a cop, and even wanted to settle down with fellow Teen Titan, Starfire. Oh, and also Barbara Gordon, but that’s a whole other story.

Does this same story from the comics exist in the DCEU? Well, in the current timeline, we know that Nightwing or even Dick Grayson was never mentioned by name. Ben Affleck’s Batman is an older, more experienced version of the dark knight, so it’s very possible he once had Dick Grayson and the other Robins under his tutelage at one point.

Speaking of which, remember that eye-popping scene from Batman vs. Superman when Bruce Wayne saw the encased Robin suit? For most comic book fans, we instantly thought about Jason Todd, given the damage done to the suit and the graffiti from the Joker written all over it. As far as nods to other comic characters go, that was a great little tease for the arrival of Jason Todd. At least, we thought so until Zack Snyder confirmed that Dick Grayson was the Robin who was murdered by the Joker. Wait, now that’s a serious deviation from the comics.

But if Dick Grayson was dead before he became Nightwing, who was going to be Batman’s new partner? Well, according to Zack Snyder, he actually wanted Carrie Kelley to be Batfleck’s new Robin. If that name sounds familiar, it’s because she was from the Dark Knight Returns storyline. She made a fine Robin for that version of Batman, and yes, I can see a live-action Carrie Kelley joining Batfleck in the DCEU. However, if the DCEU follows Zack Snyder’s plan, that means no Dick Grayson as Nightwing. In my opinion, that’s just unacceptable. Than again, they can always resurrect the dead Dick Grayson and have him return as an adversary to Batfleck. But wait, isn’t that Jason Todd’s role? Yeah, I think it’s just better if Dick Grayson stays alive in the DCEU.

And let’s be honest, it’s not confirmed that Dick Grayson or Jason Todd was killed by the Joker. Except for maybe that brief Harley Quinn introduction in Suicide Squad (where they said it was Jason), but it seems like everything from that movie will be retconned in the future. That’s okay, but if Warner Bros. ignores Zack Snyder’s plan for Robin, then there’s no reason we can’t have a Nightwing movie.

So the movie is still on the development floor, but Chris McKay still hasn’t given up on it. In a recent interview ReelBlend, McKay basically told them that he still wants to do the Nightwing movie. But what exactly has been holding him back? Well, he explained how Warner Bros. had to dedicate their time and money to other movies first. McKay understood why the had to do this, given their rocky start, and now he believes they have found their footing. And if that’s the case, then he believes his Nightwing movie has a place in the DCEU.

If it does, then it doesn’t necessarily have to be a DCEU movie. He mentioned how Warner Bros. is planning to bring the Multiverse into the DCEU. That makes it possible for a Nightwing movie to be made separate from the mainstream DECEU. Personally, I don’t think it should be, because the Nightwing we all know and love can fit in the DCEU timeline. Does he even have to interact with Ben Affleck’s Batman? Not at all. The point of him being Nightwing is that he learned to be his own man and protect his own city. There’s no need to squeeze in a Batman cameo just so he can save Dick’s tail for a fun fanboy moment. Dick Grayson is a strong enough character to carry his own movie and I think he deserves one.

What are your thoughts, DC fans? I hope the Nightwing movie gets greenlighted in the near future. If it doesn’t, then at least we’ll be getting a Batgirl movie.