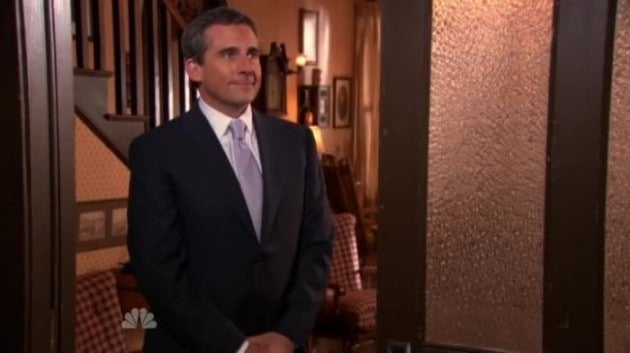 Fans of The Office were hoping for one last visit from Michael Scott, and they got their wish with an appearance that was well set up and hilarious.Â  The biggest fear for fans of Scott were that he either would not appear at all, or that his appearance would amount to a wink and you miss it moment.Â  As it turns out, Scott played a major ‘role’ in the finale of The Office, not in terms of time but substance–particularly where Dwight was concerned.

The setup came last week when Dwight unexpectedly asked Angela, who he had been having a secret office romance with, to marry him.Â  Jim had just as secretly asked Scott to be Dwight’s best man, paving the way for Scott’s and Carell’s swan song appearance last night.

Scott’s reappearance was even paid off with a bit of his a-typically daft introspection when stared into the camera and said, with all honesty, “I feel like all my kids grew up and then they married each other It’s every parent’s dream!”Â  The Office writers definitely held one of Scott’s best zingers for last with this one.

The finale took place one year after the ‘mockumentary’ that acted as the show’s narrative frame had been completed, the ‘reasoning’ behind new filming is ‘bonus features’ for the DVD,Â  featuring a panel discussion that caught up with the employees of Dunder Mifflin to see how their lives were going since the last day of filming. 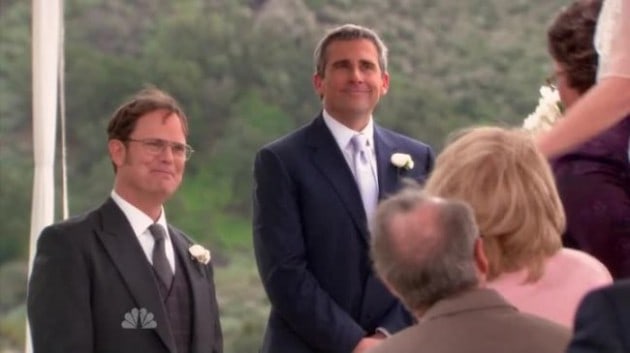