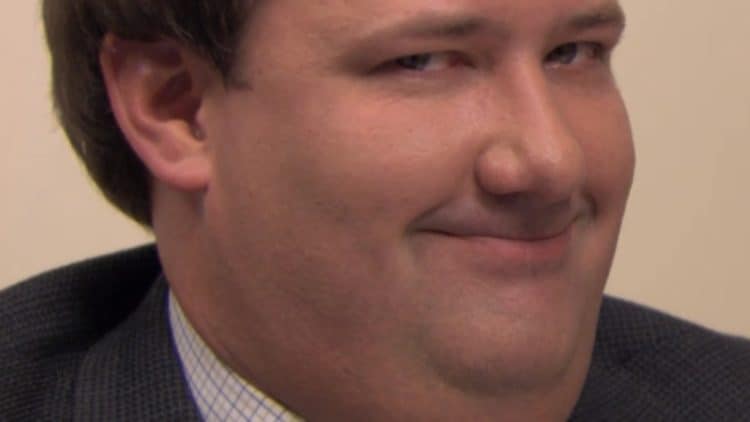 One of the longest cons would be to believe that someone is playing dumb while they’re really being smart behind the scenes, and it’s one that a lot of fans are apparently believing of Kevin from The Office since many people are apparently believing that the idea of how he could open a bar has a lot to do with his supposed feeble-minded ways. Calling the character secretly intelligent wouldn’t be too much of a stretch since it’s a method that’s been used more than once in the history of TV, and it might even be a reason why Dwight’s paranoia about him, which led to Kevin’s firing from Dunder-Mifflin, made sense. Even after all this time, people are still coming up with theories and ideas of how the characters might have been pulling one con or another on each other and the company, but thinking that Kevin was cooking the books in an effort to set himself up for an exit is something that has been gaining ground apparently. It has some merit, there’s no doubt, and there are bound to be a lot of people that hold out while they try to explain why it couldn’t possibly be the case or why it has absolutely no possibility of happening. Of course, there are plenty of people who ask ‘who cares?’, but that’s kind of beside the point. The fact that so many people care this much about the show is both impressive and kind of confusing since the show has been off the air for a while now.

Obviously some folks would want to see it back, and this idea has been discussed a time or two in the recent past, but it doesn’t feel as though it might be likely since there’s either not enough interest or it would be too difficult to get the cast back together. There’s also the likelihood that the storylines that each character experienced wouldn’t allow it since to be quite honest The Office cast was a rather fractured and dysfunctional group that probably wouldn’t be interested in getting back together again. Think about it this way, would you want to be around someone that drove you absolutely nuts at work after leaving the place? But getting back to the subject at hand, which is Kevin’s intelligence, it’s interesting to think that he might have been a type of mastermind that was sitting back and letting everyone think that he was actually a dunderhead. It wouldn’t be just immoral though, it would also make kind of a psychopath since like it or not, this is something that a person with serious mental issues might do since they can’t achieve their desired goal any other way or can’t find another way to make things happen other than to trick and misdirect those who might otherwise take note and halt whatever activity they’re attempting to pursue.

The thing about that is the fact that one could point out faults in just about everyone in The Office since everyone has a bit of an issue that they bring to the show. But thinking that Kevin is intelligent enough to run a scam like this is kind of interesting and not entirely out of bounds or the realm of sanity really since the guy was obviously smart enough to get in at Dunder-Mifflin and has been just smart enough to stick around for so long. The argument here might be that a trained monkey can do his job, but that might be where it comes in that he’s smarter than people think simply because he makes it obvious to everyone that he’s not that bright, so they’ll think that he’s a moron and thereby discount him every time he does or says anything. Such an act would make it pretty easy for him to hide in plain sight and do whatever he wanted. But of course, Dwight would be the only stumbling block, IF Dwight was taken seriously by anyone since his paranoid and very off-putting ways tend to make it necessary for everyone to avoid and ignore him as much as possible since he was never exactly the favorite person on the show. Plus, by the time Kevin was gone, it was a little too late for Dwight to do much of anything.

There are quite a few theories that are more than a little amusing when it comes to The Office, but this is one that kind of forces a person to suspend belief in a very big way since it requires the idea that Kevin is in fact a genius to take hold and stick there for more than a few minutes. It’s not impossible to be certain, but it’s hard to really give it that much credence, at least until one sees the fallacy in dismissing him entirely.