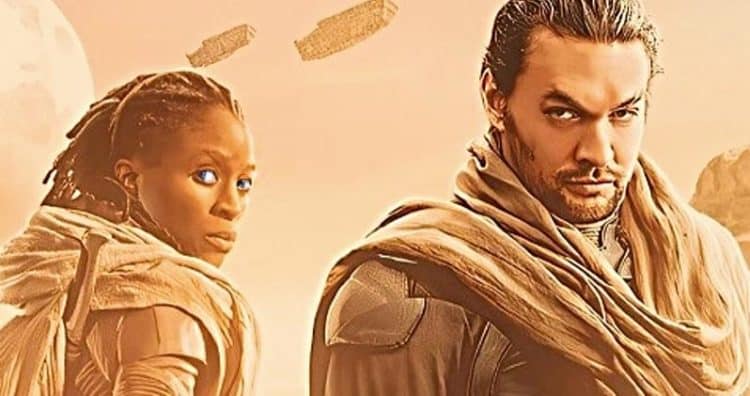 If anyone is thinking that there’s no way a supposed tough guy like Jason Momoa would ever cry then they obviously haven’t been paying attention. The guy is actually pretty sensitive and likes to cut loose like anyone else, but yeah, crying is something we haven’t seen. But that doesn’t mean it’s not something he couldn’t do. Thankfully for Momoa, the crying was all internal since during the filming of Dune he was apparently pushed to the limit during a scene when his character, Duncan Idaho, had to run to Paul Atreides, played by Timothee Chalamet, and the physical strain was beginning to eat him up inside since he was chafing, he was pushing himself harder than he ever had, and it was really making him wish that the scene was over. But for all that he was still bound and determined to make the scene work since he didn’t want to disappoint anyone. That shows that he’s a professional and that yes, big guys can feel like weeping every now and then since believe it or not, actors aren’t necessarily the athletes or deadly warriors they portray on screen. Well, not all of them are anyway since some are well-schooled in the martial arts and some have even spent time in the military before becoming big action stars. But the point is that for as impressive as he looks and as great as his roles usually are, Momoa is an actor and they do have limits like everyone else.

Thinking of how this came about though isn’t too hard since the outfits that the actors have to wear and the act of running in them can’t always be easy since if you ask a soldier in the military, especially in the field, how much their gear weighs and how easy it is, or isn’t, to run when they’re fully equipped then a lot of them might tell you that it’s a lot more difficult than it looks. While the actors in many movies aren’t likely to be wearing or carrying as much gear, the fact that they have to do one take after another to get it right is often enough to make their job a little bit harder, especially when they’re performing in full costume. It does sound as though the stress of having to run over and over and the chafing that was resulting from his costume was starting to wear on Momoa and he was about ready to cry and was doing so on the inside. But he never gave up obviously and they did manage to get the shot since Dune is currently rolling and will be coming out at one point as many fans are happy to hear.

Realizing that actors do have limitations though is kind of important since it grounds them as real people a lot of times and reminds fans that they’re not superhuman and therefore shouldn’t always be held to a higher regard when it comes to their physical capabilities. Most actors have stunt doubles, which shows that they don’t tend to take on the more dangerous moments and give way to those that are highly trained and able to take the hits that the actors aren’t paid to take. The limits that many actors usually don’t tell us about are pretty easy to map since without stunt doubles it’s likely that many actors would never be able to act in a lot of action movies since the stunts would be just way too insane and extremely dangerous. But thinking that actors have it easy because they don’t have to do their own stunts all the time is ludicrous since they still have to act, and they have to act under very odd circumstances at times since moments such as this one depict the idea that they’re not always going to be made as comfortable as they would like. They’re there to do a job after all and the job can sometimes be a little stifling and a bit demanding since there are scenes that the director will want and that the story will call for that aren’t bound to be easy to shoot. Anything from fatigue to inclement weather can ruin a shot or make things as miserable as possible, and many actors would likely agree that as well-paid as they are, there are those times when the lack of comfort on the job is hard to deal with.

And yet a lot of them still keep going, much like Momoa. They want that paycheck, they have a reputation to uphold, and they don’t want to disappoint those that are depending on them to get the shot right. That’s worthy of note, and even if Jason was crying on the inside he still did the job and still managed to make it work.