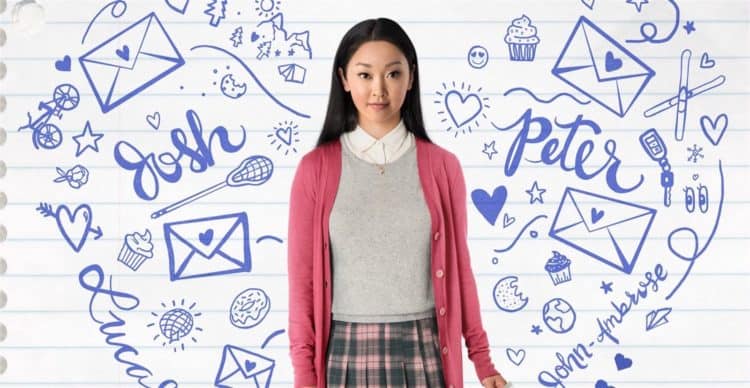 The film adaptation of the hit Jenny Han novel To All the Boys I’ve Loved Before was released on Netflix last August 17. It received positive responses from critics and audience. It became a huge sensation around the internet. Lana Condor and Noah Centineo have achieved fame because of the success. Just like most people, I watched the movie out of curiosity. I thought it was a decent teen romantic film. It’s not as cheesy as the other teen romantic films that I’ve seen before. I can see why people were raving about the movie. Then, I asked my friend, who is a huge fan of the novel, about what she thinks of the movie. She had a different response.

I haven’t read the novel so I didn’t have any idea how faithful it was. I asked my friend about what she thinks because I know how excited she was about the film version. She had high expectations. But, she didn’t have the same response as most people who were raving about it. She was disappointed by the film version of the novel that she loves for many years. It’s very understandable why. According to her, the film cut a lot of story lines and elements in the novel that made it such an interesting story. She also didn’t like the casting of the characters as they were not the ones that she envisioned when she read the novel. She also thinks that the movie focused too much on Lara Jean and Peter’s love story and didn’t attempt to explore the other story lines or develop the supporting characters.

If you love the movie, you might not like to read the criticisms. You might disagree with her. If you have read the novel and watched the movie, you might feel the same way as her. We all have our own opinions but I thought this was such a strong one because she has read the novel and she has been a fan of it for years. We have to recognize that there is this type of audience who responded this way about the movie. It’s not surprising that another film adaptation of a novel is not very faithful to the source material. But, I think I have to put this out there because the movie has received a lot of positive responses and maybe we should hear this side of response. I don’t have anything against the movie. I still think that it was a decent one.

To further show what I mean, here is the Twitter thread of a criticism of the movie which I thought was well-explained:

Some serious thoughts about To All the Boys I’ve Loved Before movie by a person who has read all the books… pic.twitter.com/Nk60O9CNz3

Anyways, as I’ve said, we all have our own respective opinions about the movie. We have to accept the fact that some people loved the movie and some hated it. I just thought that I have to put this one out because I thought my friend and that Twitter thread’s criticisms were valid and on point especially that they have read the novel. Personally, I also thought that there were parts that they might have missed out from the source material like the sister relationship of Lara Jean and Margot. Hopefully, the sequel (if ever they will green-light) will be able to make-up from the missing elements that they tackled and make it as faithful and satisfying as it should be.