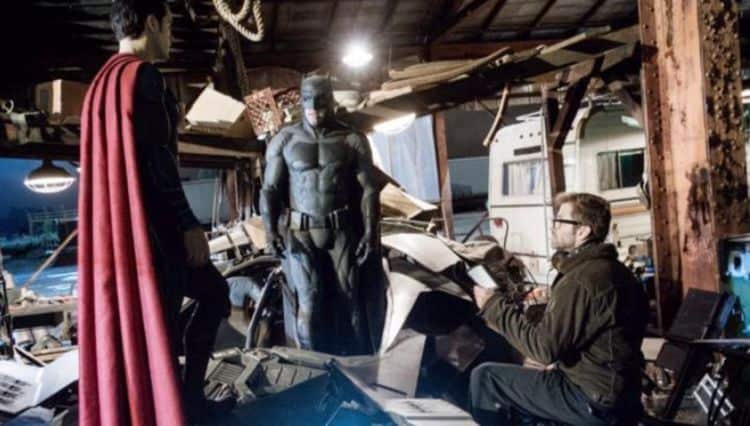 Loyalty to your cast is all well and good and it inspires a lot of people since directors that can dump a cast the moment a project is wrapped doesn’t speak of a lot of rapport between them. The truth is that some directors don’t build that connection with their cast members and the movie often reveals this in a number of ways. But since Zack Snyder did manage to build up a level of trust with his cast and crew, it was felt that his return to finish the vaunted Snyder Cut was the only way to fix the snafu that had become the Justice League. That’s admirable really, but the fact remains that the Snyder Cut is being treated as though it will be the holy grail of the DCEU and as of now it feels that the hype is going to easily overtake the miniseries, which will eventually be joined together as a movie. It’s not even the fact that the reshoots, which reportedly cost around $70 million, only added a handful of minutes to the running time, it’s the idea that we’re apparently supposed to forget that Batman vs. Superman: Dawn of Justice, was a mess in a lot of ways, and we’re supposed to simply push Joss Whedon’s Justice League to the side as fans look to Snyder, the real shadow king, for an answer.

In all honesty, it does feel as though the Snyder Cut, it’s amusing that it’s still the Justice League but his name has taken precedence, is going to make a lot of money for the DC brand. From the diehard fans to the casual fans that just want to see what’s going to happen, it does sound as though this will be a big moneymaker for the franchise and that people will be extolling the virtues of the DC heroes once again as they’re allowed to cavort about and possibly overpower Darkseid and Steppenwolf while belting out one-liners and exploring their own stories here and there in greater depth. It still feels extraneous, and largely because if the DC universe was really concerned about what would happen it would have been a lot easier to put the Justice League movie on hold and focus on building up other heroes for a while until they had a solid base from which to launch the Justice League, a base so strong that even Whedon couldn’t have messed it up. Snyder’s reason for leaving was tragic beyond belief, and it was something that people would universally agree was needed since the kind of loss he suffered would be catastrophic to anyone. Even the reason he came back is more than good enough since it shows a lot of loyalty to those he was working with. But it still feels as though the movie should have been put on hold so that Snyder could return at some point to finish it. Instead, the fans were given a lackluster presentation that wasn’t so horrible that it didn’t make money, since it did quite well, but was still less than what the fans wanted.

A lot of times petitions don’t mean much when they’re put together and presented to Hollywood, since the petition to get Amber Heard kicked off of Aquaman 2 and the petition to get Johnny Depp back into the Pirates of the Caribbean picture don’t appear to be doing much of anything. But somehow the Snyder Cut gained so much ground that it was able to finally happen. It was either that, or Snyder was planning on coming back anyway in order to redo the mess that Whedon had left behind. That’s hard to say for certain but the result so far is that people are praising Snyder for coming back and have already built up in their minds the expectations for the Snyder Cut that they want to see and are hoping to see and possibly better see if DC wants to keep them happy. Did everyone get that? This is the downfall of trying to appease the fanbase all the time, which isn’t entirely possible since there will always be dissenters that claim that those that don’t agree with them are in the wrong and don’t know what they’re talking about. In this case, the Snyder Cut has a chance to be better than what Joss Whedon gave us, but the hype already feels as though it’s going out of control and could poison the release simply because people are expecting something so mind-blowing that they might end up being disappointed not because of something the movie did, but because of something they were expecting that won’t happen. This is one reason why some people haven’t cared about the Snyder Cut and why some folks were against it ever happening. Too often, fans are their own worst enemy.