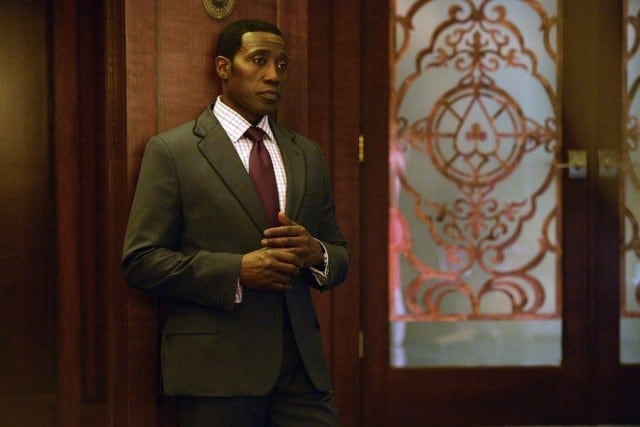 The PlayerÂ posits itself as this year’s The BlacklistÂ orÂ Person of Interest:Â you can almost hear it desperately screaming how quirky and wild it is every time Wesley Snipes appears onscreen in his three-piece suits, either rambling through a bunch of exposition or delivering any number of lame gambling puns.Â The PlayerÂ also wants you to feel howÂ dramaticÂ all of its nonsense is: a dead wife, a big conspiracy, and an extremely vague and elaborate framing device all whipped up into a kinetically-shot, thoroughly ludicrous pilot. However, its energetic filming doesn’t translate to the rest of the material. From the show’s goofy premise to the pedestrian action sequences,Â The PlayerÂ is – if I make my own lame metaphor – a left field show that’s only willing to commit to standing behind second base, when it really needs Â to be standing at the top of the Green Monster at Fenway.

According to Wesley Snipes’ Mr. Johnson, rich people like to bet on crime. So how do they do this? Well, there is a “House,” which has untold influence over the predicted crimes (crime is a solvable algorithm, of course), able to affect any governmental, financial, or political system in the world – tools that don’t really make sense, considering it’s a bunch of extremely rich people basically letting themselves be infiltrated and Patriot Act-ed. There are no time to waste on these important details, however: there are crimes being committed, and bets to be made. So when a crime is predicted, Cassandra (Charity Wakefield) “the dealer” will assist “The Player” in helping him stop the criminal, which would pay out the bet as according to the always-changing betting odds.

That is the ridiculous premise ofÂ The Player, which begins by introducing us to “The House” by following our main character, Alex Kane (Philip Winchester) as he runs after his wife’s killer in the middle of Las Vegas. They introduce us to The House by having Cassandra HIT Alex with a car – does this seem like the way to initiate someone into your shady organization? From there, the logic continues to take nose dives, even asÂ The PlayerÂ asks us to trust in it. Who made this algorithm? Why do they disguise its location in the form of easily-identifiable “secret” playing cards? How does nobody access all this said information and manipulate it so they win?

I could continue, but I won’t. The point is not thatÂ The PlayerÂ has ridiculous logic (you’re talking to a die hardÂ HannibalÂ fan here), but that it’s logic is not consistent. And without that, the entire house of cards (sorry, only gambling pun from me)Â falls apart. The story is more interested in introducing its vague conspiracies and nailing its carbon-copy structure than it is about engaging an audience with its characters or some semblance of actual intelligence. Without that, all it has are its action sequences, which are shot with a lot of energy, but feel sanitized and artificial in that special network pilot kind of way (and most noticeably, they lack an exciting central set piece to really kick off the series). The best The Player‘s pilotÂ has to offer is a poorly-edited gun fight, where the main character is nailing head shots at bad guys, while firing blind and one-handed, in the rain, while running across an unbalanced poker table – there isn’t even a big explosion, and what over-dramatic network pilot starts without a self-righteous fireball somewhere?

The PlayerÂ wants to be the next big, quirky cop procedural, and it could be, if it really hammed up those lame gambling puns (“I would fold… your hand isn’t strong enough” is the best the pilot can muster), and cut through some of the nonsense smoke screens of its pilot (I can’t count how many times the word “bigger” is used when hinting towards the show’s larger, untold story), there’s a chance forÂ The PlayerÂ to fill a niche on networkÂ television. However,Â The PlayerÂ is still a few shades away from the unhinged insanity it should learn to embrace. The pilot is just preposterous both in how it delivers its story, and how it asks audiences to invest in its premise. There’s something here, butÂ The Player‘s first script is nowhere near ready to embrace it. 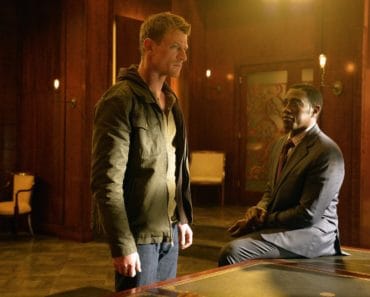 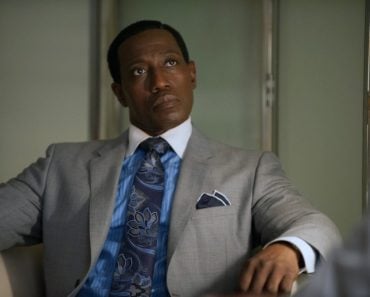 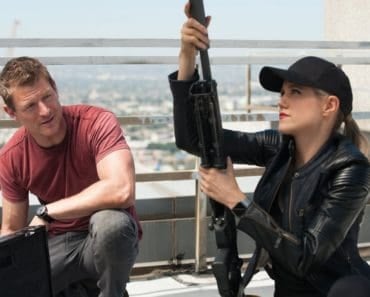 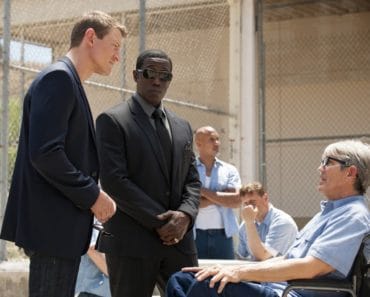 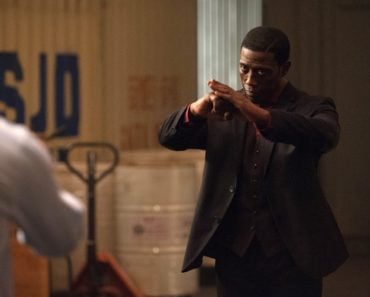 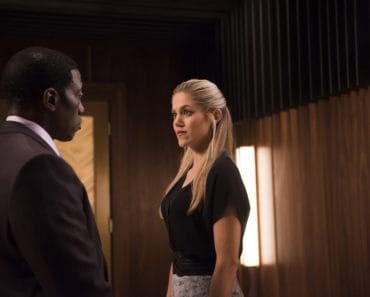