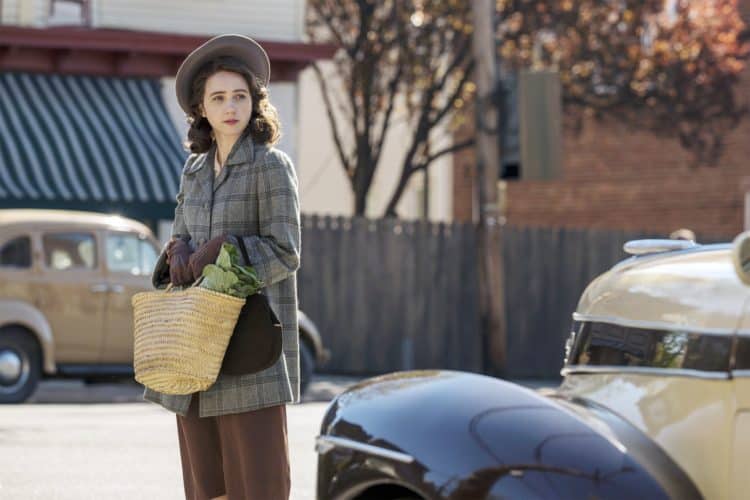 1. It Is Alternative History

For those who are curious, the mini-series can be considered an example of the genre called alternative history. Essentially, alternative history is speculative fiction about what could have happened had history proceeded along a different course than what happened in the real historical record. Some examples are very grounded, so much so that they read like real historical works. In contrast, other examples can be much more fantastical with elements of both fantasy and science fiction.

It should be mentioned that The Plot Against America is based on a book of the same name by Philip Roth. In short, Roth was an American author who wrote novels as well as short stories. His works are famous for being very autobiographical in nature, with The Plot Against America being no exception to this rule. After all, the book is narrated by a young Philip Roth growing up in Newark, NJ, though under different circumstances than what happened in real life.

3. The Major Divergence Is Charles Lindbergh Running For President

The major divergence in The Plot Against America is Charles Lindbergh running for the position of the President of the United States as the Republican nominee in 1940. Those who are unfamiliar should know that Lindbergh was an aviator who won widespread fame for making a solo transatlantic flight from New York to Paris, which broke a number of records at the time. However, he was also infamous for his political beliefs leading up to the Second World War that caused a wide range of people to suspect him of having been a Nazi sympathizer in real life.

Lindbergh’s political beliefs were very unpleasant by modern standards to say the least. For example, he had clear German sympathies combined with a strong streak of anti-Semitism, as shown by a speech in which he claimed that a Jewish-owned media was pushing the American public towards war with Nazi Germany. Likewise, Lindbergh was fixated on whiteness, so much so that he saw the survival of the white race in Europe as being more important than the survival of democracy in Europe. As for why he thought that whiteness was imperiled on said continent, well, suffice to say that he saw Russia as a semi-Asiatic country that would replace Europeans with a “pressing sea of Yellow, Black, and Brown.”

Of course, Lindbergh wins the presidential race, thus resulting in a very different course of events than what happened in real life. Unfortunately, a lot of the events incorporated in The Plot Against America are not at all fantastical but rather things that have happened in real life as well.

For example, The Plot Against America features forced cultural assimilation, which is when a minority group is forced to adopt a way of living that belongs to a more dominant group by the government. To be exact, the mini-series envisions a program called the Office of American Absorption that forces Jewish boys to spend some time living with families in the South as well as the Midwest in an attempt to “Americanize” them. The narrator’s older brother is one of the Jewish boys chosen for said program, with the result that he returns home showing contempt for his own family.

Likewise, The Plot Against America features race riots directed against Jewish Americans. To a considerable extent, this is encouraged by the Lindbergh presidential administration. However, it isn’t until the eventual disappearance of President Lindbergh that his presidential administration starts outright rounding up prominent Jewish-American figures. In any case, anti-Semitic race riots were by no means unknown in the real United States.

8. Uses a Plane As a Powerful Metaphor

It is interesting to note that The Plot Against America uses a plane flying overhead as a powerful metaphor for history itself. Essentially, it is the idea that history is something that interested individuals can sense coming their way. However, it isn’t something that most people can “touch” because they do not possess the degree of influence needed to even nudge it in a noticeable way. Unfortunately, the reverse is very much not the case because historical trends can definitely sweep people away even when they can see them coming their way.

9. Roth Didn’t Intend His Book to Be a Political Allegory

Roth has stated that he never intended his book to be a political allegory. However, potential interpretations of books are not limited to their authors’ stated intentions, with the result that the mini-series definitely comes off as being one in light of contemporary American politics. After all, Lindbergh is presented as a newcomer to politics who manages to win by appealing to a sense of fear as well as a sense of bigotry while possessing uncomfortably close relationships with some very unpleasant people.

10. Very Much a Frog In Boiling Water Scenario

The mini-series presents a frog in boiling water scenario, which is the idea that a frog put into boiling water will jump out whereas a frog put into water that is being boiled will remain there until they are boiled to death. For those who could use a refresher, said scenario is a metaphor for how people are either unable or unwilling to acknowledge threats that rise in a gradual manner rather than a sudden manner. Having said that, the literal scenario is not particularly plausible. There is a good chance that frogs put into boiling water won’t jump out because they will die when that happens to them. In contrast, frogs will jump out of water that is being boiled because they have the ability to sense temperature changes as well as the ability to act upon that information.