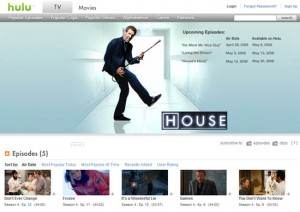 On Wednesday, Hulu, the free video streaming video service, announced that they are moving to a subscription based system where visitors to the site will have to pay a $9.95 a month starting May 24th. The site will still offer the five latest episodes of a series for free to everyone, most notably casual viewers who just missed one or two episodes of a series. But the most interesting thing out of the whole switch has been the split divide between the masses on where they stand on the subject. There are those who are willing to fork over ten bucks, which I have dubbed “the Don’t Care” group, and those who feel violated enough to scream “boycott!!”, who I simply call “the Boycotters.” The point of the matter is that both sides have voiced valid points on the argument at hand, and I decided to make a list of pros and cons based on the comments I have seen across the web since the announcement. Before I begin though, I want to just say that this is not some sort of expert rundown or a biased view of the new service that Hulu will offer come May 24th. It is a platform for people to look at what’s on the table, in terms of what we can expect, and to discuss them in a civilized manner. If there are other aspects or new features that I might have left out, please list them and they will be added to the list immediately.

1) The Five Latest Episodes Will Still Be Free

The one thing that calmed a lot of people’s nerves was the fact that they will still be able to watch the last five episodes for free in case they missed them, which is especially good for casual viewers. Even though the word “free” is still in this sentence, some people still are upset and plan to boycott or even torrent new episodes if possible. There technically isn’t any con to this pro, but in some people’s eyes, I am dead wrong in that statement.

For $9.95 a month, access to a plethora of TV shows doesn’t seem too shabby, especially with the possibility of past seasons being offered on the table. If full seasons of a series like ‘Mad Men’ are available, then it would be easier for a potential new viewer to catch up on the show instead of going out to buy the DVDs, which could be disastrous if they end up not liking the show at all. With that said, there are some cons to consider with this particular feature that I will list later.

At face value that is. To come to it’s defense, $9.95 is a small price to pay for someone who can spare such a “small” fee. Besides, it’s $9.95 a month, which means that, unless there is a hidden contract involved, you can pay the $9.95 and see if it’s worth your time. If it isn’t, you just don’t pay the next month. Simple as that. But, again, there are some counter-arguments that can be made to this claim.

1) Licensing Fees Can Hinder The Back Catalogue of TV Shows

I don’t know how much licensing fees will play into this, but one would think it would be a factor into the overall Hulu Plus package given the claim of having a backlog of TV shows. With that claim, the question becomes whether or not if $9.95 is worth paying if there is only slim pickings when it comes to the selection on launch day. Sure, through time Hulu can add a lot more shows to its library, but wouldn’t that bring more licensing fees, which could possibly raise the already low price of $9.95 to cover the costs? This is more of a question than a statement, so, please enlighten me on this scenario.

“The Office” does hilarious webisodes, the most recent one that comes to mind is “The Mentor”, and with Hulu Plus these will not be able to be seen for free since they fall into the “comprehensive selections” extra content territory category . But one could find these webisodes on the DVD releases (if they decide to include them) or on the NBC website for their enjoyment. Let’s just pray Hulu doesn’t pull a “Hulu exclusive” stunt that would “make” you want to shell out $10 bucks for a total of probably 10 minutes worth of content. I have done it before, so it can happen. Don’t judge me…

Well it might not be much to some people, but it is for people on a budget. The follow up rebuttal might be, “Well, if they can’t afford it, then tough luck!” Well… this only leads to the next topic on the ‘con’ list:

4) The Same Commercial Space As On Live Broadcasts

Say goodbye to the 30 second limited interruption where you can get that quick text in or what not. You will have to now include a bathroom break or a trip to the kitchen. The extended commercial time can ruin a Hulu experience, where you could watch the show in just under an hour and be on your way. There has been conflicting reports on whether free users would be the ones who would have to endure the commercials, while subscribers wouldn’t. It is still not clear on which is true, but the question to be asked is would you pay for more commercials when you already technically get them for free on your TV?

As writer Alex Wilhelm over at TheNextWeb.com puts it, “If we are to pay Hulu ten dollars a month, we don’t want to be treated as second class viewers. I’m paying for the content, I should be able to see it when it comes out.” Granted, we still don’t know the full schematics of how Hulu Plus will play out, but to announce a start date that is around the corner, it would be a great idea to lay out what to expect, especially when it comes to content availability. Now, time zones could throw a wrench into when a show is uploaded onto the site for subscribers, but it would be cool to have an episode available after it’s West Coast airing, at least.

Everyone who knows me already know about my displeasure (and I am being kind here) for the ratings system, because of it being outdated and flawed in many ways. One of the gripes from a lot of TV viewers of late is the exclusion of Hulu views or legal website views of the latest episode from being counted in the overall ratings tally. DVR just recently got included into the overall tally, but we are still waiting on sites like Hulu and network websites (ABC, FOX, NBC, etc) to be included. Will the new subscription program, plus the inclusion of ads, give Hulu grounds to be counted with TV and/or a DVR in the ratings game? Especially after most people/bloggers are suggesting that Hulu Plus would cost less than cable (which it will, but still), which can put a dent in the live TV airing ratings after the final tally.

So after seeing what’s on the table and the (theoretical) pros and cons that come with the new Hulu Plus, what do you think? If you will subscribe, what are you looking for whether it’s next month or in the future? What other suggestions or rumors have you heard? Are they valid? Speak your mind!