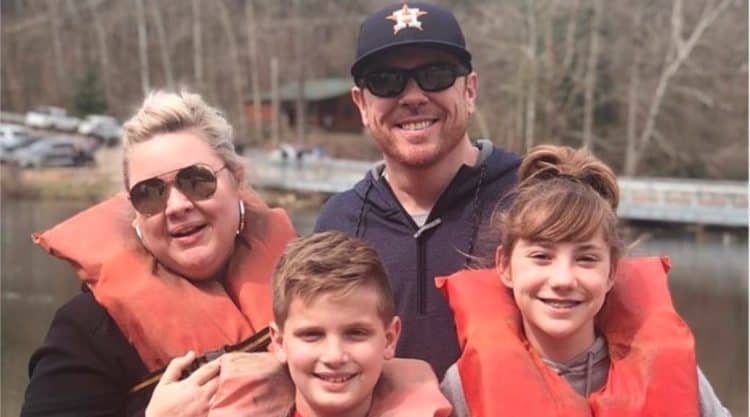 Most sitcoms have characters playing as part of individual families, but there is always one to go a different route. The Radkes is unlike other family-centered sitcoms because it not only features members of a specific family, it also has a social media star bent on making it in the entertainment industry. Here are a few more things you probably do not know about The Radkes.

1. It is produced by Red Arrow Industries

Red Arrow Industries is a video production company based in Tennessee. It prides itself in being expert storytellers focusing on doing excellent work that exceeds the client’s expectations and reaches the audience in unique ways, as detailed by Red Arrow Industries. Since the service aims at coming up with information that helps people manage their busy lives, The Radkes is an ideal fit for the company’s mission.

2. It has four executive producers

For such a short series, The Radkes has put to work the brains of four accomplished executive producers. Rob Cornick is an executive producer with seven credits including “The Book of John Gray” seasons two and three, and “Deion’s Family Playbook” season one and two. Ryan Hardison, the owner of Red Arrow Industries, also is among the four producers with the other two being Danny Downing and Jaime Paxton Morey.

3. It airs on USA Network

USA Network is one channel that has brought to us some of the most addictive series; “Burn Notice” for those who love some action and “Suits” for anyone looking to enjoy legal drama are among the best shows of all time. The Radkes joins other unscripted programming like “Chrisley Knows Best” and the country music show that all country music lovers are waiting for with bated breath since it features Shania Twain, Travis Tritt, and Jake Owen.

4. It has six episodes

Anyone who has followed Melissa and at least watched any of her videos knows that this show will be worth watching. While we would have loved to see as much of her family and herself with as many as 12 episodes as most series, unfortunately, this family-centered sitcom was greenlit to air six episodes only. Still, half a loaf is better than none, so they say, and the thirty minutes each episode will run is enough to keep us entertained and maybe knowledgeable on how to deal with our kids.

Most sitcoms are taped in front of a live studio audience and while the response is immediate, would it not be better if the lines are not rehearsed? At least that way, if the cast noticed the audience is getting bored, they can come up with funny lines to keep them hooked; like the stand-up comedians do. Well, most producers prefer the characters to have a script which they memorize but The Radkes, have departed from this norm and the family says whatever it is that pops up in their mind. Given how funny Melissa is, the show does not need a script to keep you captivated.

6. It is family centered

Families have their set of rules and regulations which are necessary to ensure a firm foundation for the children and the next generation. Melissa has two children, Rocco who is 9 and Remi who is 12, and as they are approaching the age which every parent dreads, we are lucky that as we follow the show, we can catch a few ways that Melissa handles the pre-teens. Luckily, she has her husband David to lend a helping hand in her parenting efforts.

Right now, anyone who is not on social media is viewed as strange, maybe even trying to hide something. So much has it influenced our lives that the United States government is now requiring anyone applying for a visa to submit all information about their social media platforms. When Melissa was determined to become a country singer, she moved to Nashville only to have her dreams crushed by being told that she has the voice but not the look. She, therefore, decided to become a sensation on social media by posting funny videos about life, marriage, motherhood, and the world on Facebook. She became so popular with her videos garnering 40 million views that she got a deal to author a book, “Eat Cake. Be brave.”

On June 4, 2019, the Radkes premiered with the first episode titled “Melissa Explains It All.” We get to meet the Radkes family and learn that Melissa is the matriarch doing her best to raise her two children. She has to make tough decisions that involve the sex education talk she needs to have with her daughter since Melissa did not have it with her mother but rather with her aunt. We also get to see the fun side of the family as the parents compete in cooking brisket. With such a start, we are assured that the rest of the episodes will be even more engaging.

9. It could have a second season

Usually, the best of the series do not get a second season, and anyone who loves a little government conspiracy can remember Traveler and the many questions it did not answer. While most sitcoms usually do not leave us in suspense, the laughter is still worth looking forward to in another season, and Melissa hopes that there will be a second season even as she works on her second book, as disclosed by ktre.com. This woman is aiming for the stars.

Good things take time, and The Radkes began shooting last year in August. Melissa was not sure of how the show would work out, and the rollercoaster ride has been a beautiful experience for the family. For Melissa, even if the show does not do well, the memories it will have created for most people will have been worth the trouble. We are hoping that it does well though.