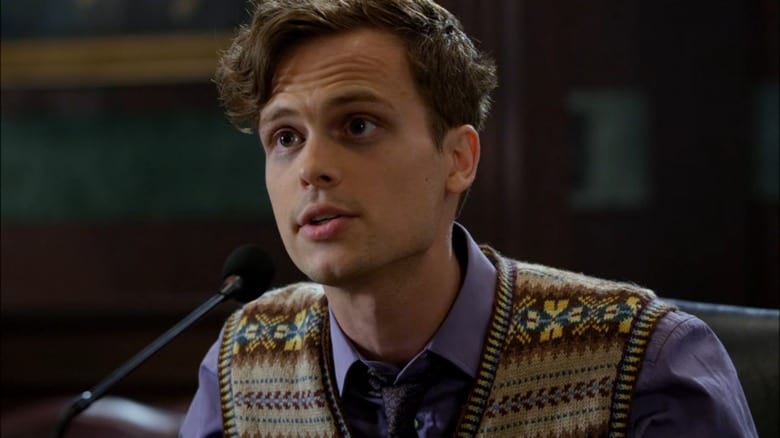 It’s amazing what people try to get away with, especially when it’s something they see on TV. It’d be nice to think that kids are immune to this, but they’re not, since the case of 10-year old Joseph Hall kind of proves. To be fair, his father Jeffrey was a reported neo-Nazi that was open about white supremacy and was reportedly abusive as well. On top of that, being a drug addict and threatening the lives of his family were added infractions that apparently caused Joseph to shoot his father, but the reason that tipped the scales was that he apparently saw that a child on Criminal Minds had killed his father as well after being abused, and it stood to reason that perhaps this was the answer. The problem here is that while on TV it might have been seen as a spur of the moment and even called a case of self-preservation, it was later found that Joseph had been planning this act for days, which made it premeditated and therefore an inexcusable crime. Some might want to argue, perhaps saying that Joseph had to overcome his fear of his father to make this happen. But four days is long enough to come up with another solution or to possibly call the police, or anything that might be better than cold-blooded murder. Again, there are plenty of people who would argue that a noted and unrepentant white supremacist didn’t deserve any better, but the fact is that such an issue could have been handled in a much different way that would have seen Jeffrey behind bars and Joseph free to be with his family. As it is, he was sent to a juvenile detention center for a 10-year sentence. The arguments that might state that the boy did the right thing would be moot, especially since he did admit that this was inspired by something he saw on a TV show.

White supremacists are easy to and necessary to condemn given that the ideas they push are often inspired by and filled with little but hate, but while Joseph might be praised by those that have little to no concept of what it means to be a law-abiding citizen, the fact that he cited the show was likely enough to worry many people. what we see on TV, in movies, and even in games and books is enough to worry many people since there’s always the chance that someone out there is going to take the material a little too seriously and think that it could be applied to the real world. The scary part is that it could without much issue if a person was smart enough and knew how to apply such knowledge while realizing that simply pinning the act on something they’ve seen on TV isn’t enough. While the law enforcement agencies we see on TV leave out a lot of the process and manage to make a lot of it look far more glamorous than it usually is, there is something to be said about the procedures that are being shown so often, and the acts of violence that people might come to realize are simpler than they might think. But in the case of Joseph and Jeffrey, the case is a tough one since a man that is assaulting his family and stands as a danger to them according to the words of his victims, and the murder of said individual by his own son is a tough situation to look at. Following the letter of the law isn’t always a great process since many might want to state that Joseph should not have been incarcerated in any way, but if the laws don’t apply to those that are aware of their actions then they can’t apply to anyone.

This is one reason why the law in any nation is frustrating because it’s made by those that are fallible, and in effect, the laws we follow so often can be bent and even broken with impunity depending on who a person is, how much money they have, and what kind of influence they possess. Obviously Joseph had none of either and was punished for a crime that was likely caused by the need to preserve himself and his family. But again, if the laws are to exist to help everyone, then every last person has to be subject to them, especially if they know what they’re doing is wrong. It’s a tough issue to argue since a lot of people would have loved to hear that Joseph perhaps made a point to his father that he wouldn’t be beating his family any longer, that they were leaving, and that was it. But because of what he saw on Criminal Minds he thought this would work. The only problem was that on TV things tend to get wrapped up quite often without punishing those that don’t deserve it. Real-life isn’t that simple, unfortunately.