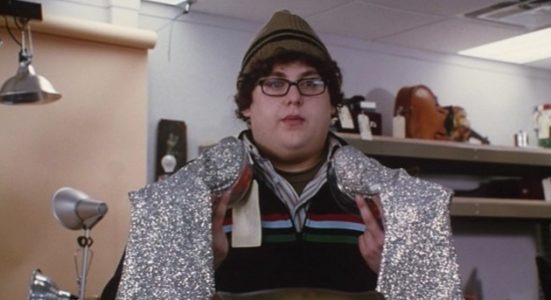 I hate to say this but it almost feels as though Adrienne Tyler of ScreenRant is tiptoeing around the idea of why Jonah Hill isn’t going to be in The Batman. It’s true that the studio couldn’t make a decision on which character to depict him as, the Riddler or the Penguin, but it also had a lot to do without much Hill apparently wanted when it came to starring in the movie, which was double if not more what the leading actor stand to make. That part kind of needs to be mentioned since it was a big sticking point it would seem between Hill and the studio and one that wasn’t bound to be settled if Jonah didn’t want to trim his ego along with his salary. That might sound a little more cynical and a little more confrontational, but it might be what people need to hear a little more of from time to time since quite honestly some actors tend to think that they’re worth a little too much at times when it comes to certain projects.

To say that Jonah Hill isn’t a worthy actor wouldn’t be right since he’s won a few awards and been nominated a couple of times for an Academy Award. So obviously he has skills, but whether a person thinks he’s really worth what he pulls down or wants to pull down is a matter of opinion, and quite honestly he’s not worth what he wanted for The Batman. The fact that he wanted to make more than Pattinson isn’t too hard to accept in theory, but to think that he wasn’t willing to take less seems to indicate that his ego has gotten away with him a bit. Especially considering that if one breaks down his acts movie by movie he’s evolved a bit, but not so much that he can’t be said to be recycling certain acts for various characters. Neither the character of the Riddler or the Penguin seem right with him in the outfit since quite honestly he’s not nearly witty enough for the Riddler, yes I said it, and he’s just not cut out for the Penguin. In fact I do believe that Josh Gad would have been a much better Penguin and am still wondering how the studio thinks that Colin Ferrell is going to play the character so well. This is one of those moments when many people would love to be able to take over with casting and peg certain people that could make a much better appearance than those being selected. Dano might actually do very well as the Riddler, but Ferrell as the Penguin brings back visions of the Gotham series but with a much cooler individual playing the part of Oswald Cobblepot. It could work, but it does seem as though the character is going to be so much darker than ever seen before.

See that however? It’s very easy to forget Jonah for this role since he’s bound to find something else, some other way to convince people that he’s still a worthy actor for one role or another. He’s not horrible by any means, but his overestimation of himself in terms of what he’s worth is a bit problematic at times and seems to insist that his ego is something that might hold him back from certain roles now and again. Some might say that of course he’s worth something, of course he deserves to get paid, and of course actors are worth millions of dollars. But why? Does anyone ever bother to question this? Actors are basically people playing pretend in an artistic fashion, creating a fantasy that people admittedly enjoy want to pay for, and they make millions upon millions of dollars, for what? There is a reason why Jonah isn’t in The Batman, and it’s because he couldn’t park his ego and take a cut in pay. It’s also because the studio had Paul Dano already selected should they be unable to make a deal with Hill, and obviously Ferrell was next on the list as well. That seems to say that he, like so many others, is replaceable and isn’t quite the unique commodity that he or many others seem to think that he is. There are movies he’s been in that might not have been the same without his presence, that’s for certain, but it doesn’t feel as though The Batman will be missing him anytime soon. Rachel McGrath from Daily Mail has more to say on the subject.

As far as any future endeavors it’s enough to wish Jonah luck and hope he does well in the coming years, but as far as this movie goes it didn’t seem like it was made for him from the start. Sometimes it’s best to just move on instead of playing games so that the production can get going and give the people what they’re wanting to pay for.