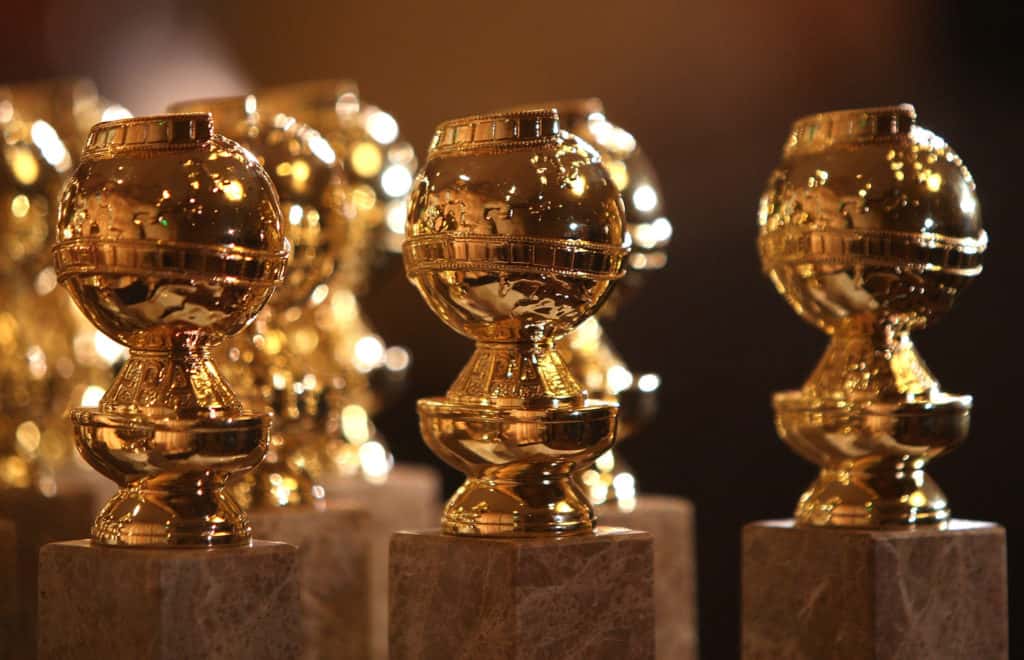 This week saw the broadcast of this year’s Golden Globe awards show: the first major, televised event of the season.  Set the day before the Academy opened voting to its members for its Oscar nominees, this week’s ceremony represented the kickoff of the major movie awards.  Gone are the untelevised, regional critic awards.  From here on out, the major players are going to have their say.

Given that the Golden Globe winners are announced so soon before the Oscar nominees are chosen, the Golden Globes have the potential to shape the awards conversation going forward moreso than many other non-industry preliminaries.  Granted, these are members of the Hollywood Foreign Press, not Hollywood filmmakers like will determine the Oscars, and as such they are not strictly predictive of what we will see come late February.  What they do offer, however, is one final chance for Oscar hopefuls to build momentum, solidify awards season narratives and prove their mettle on the world stage.  This could mean the difference of a borderline nominee getting in the Oscar race or sitting it out on the sidelines, and among the many surprises throughout the evening, there was definite winners and losers. 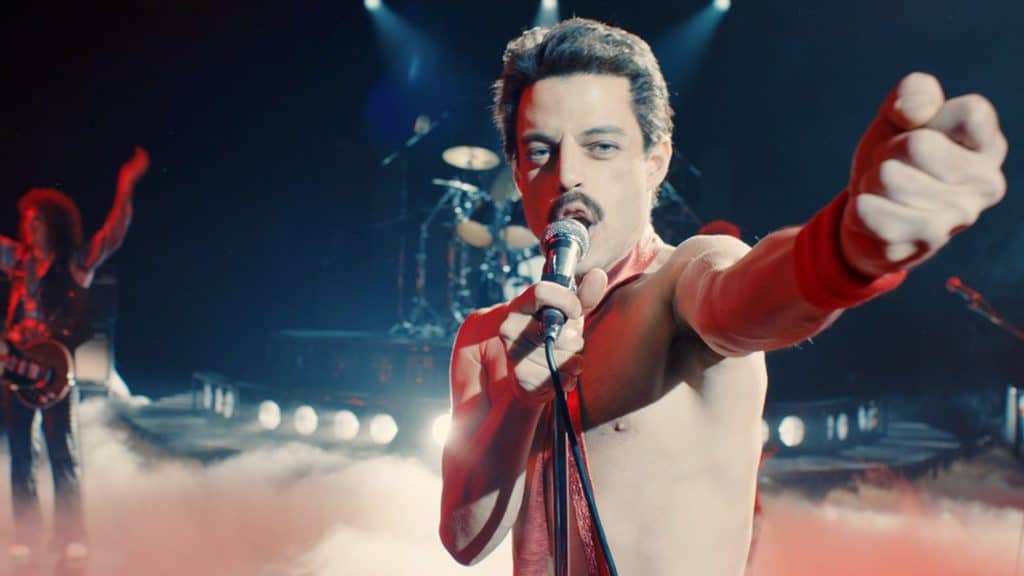 There’s been a gurgling worry in the pit of my stomach over the last month or so that Bohemian Rhapsody – that unconscionably terrible, PG-13 Freddie Mercury biopic where the lead actor’s oversized mouth prosthetic did more acting than the man himself – could be a major player at the Oscars.  It’s a farce, to be sure, when 2018 has been so jam-packed with exceptional films from exciting, new visionaries about exciting, rarely-filmed topics, but the film made a devastatingly high sum of money and has been turning a critical profit on the awards circuit (despite how little critics like me actually seemed to care for the movie).

And yet here it is, still standing at the last, newly christened one of the two best films present at the Golden Globes (the year’s best drama, of all things).  Clearly, enough of the right kind of people love this movie to keep it going through the awards circuit, and there’s no denying that Rami Malek (whether the faults of the movie are) is a remarkable talent more broadly.  This being the unjust world that it is, expect its wins here to push it over the edge to nominations in the Best Picture and Best Actor races. 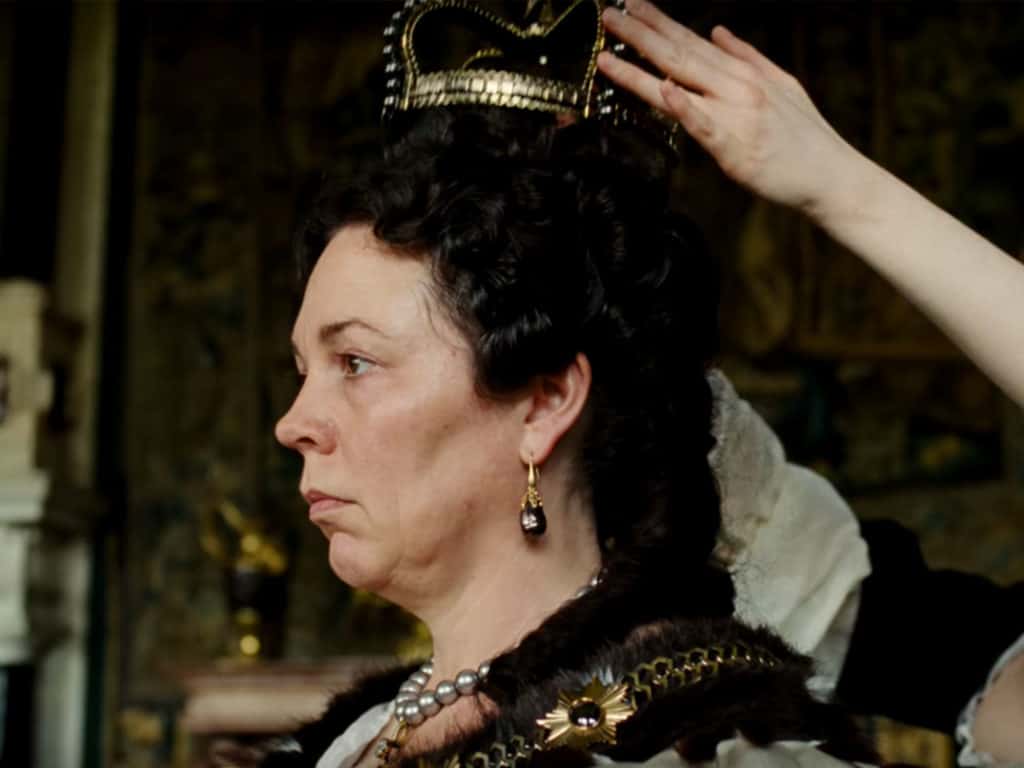 The Favourite hardly needed help with getting into the Oscars – it has been, after all, one of the long-standing frontrunners for most of the Academy’s major awards – and yet that’s exactly what it got at the Golden Globes.  Not for Picture, mind you, but in the acting races, which have proven to be so much stronger this year than they have in years past.  Yorgos Lanthimos’ off-kilter drama about Queen Anne’s court is already a virtual lock in the Actress and Supporting Actresses races for all three of its principle players, but now it seems clearer that Olivia Coleman will be walking away with a little gold man of her own come February.

Even though Coleman has always been near the forefront of the Actress category, most of the punditry had come in the form of veteran Glenn Close versus ingenue Lady Gaga.  Close has forever been the Oscar bridesmaid, but never the bride; what’s more is that she has the career to prove it: six acting nominations and no wins, making her Hollywood’s most unawarded living actress (and the living image of “overdue”).  Historically, however, the Oscars have preferred to award their actresses early in their career (sometimes to the point of recognizing literal children over celebrated veterans), which seemingly tipped the odds back to Gaga’s favor.  But with Coleman’s big win the day before Oscar voters cast their ballots, not to mention her charming, camera-ready speech, she’s likely to win over a lot of voters who might have otherwise defaulted to one of the two former category leaders. 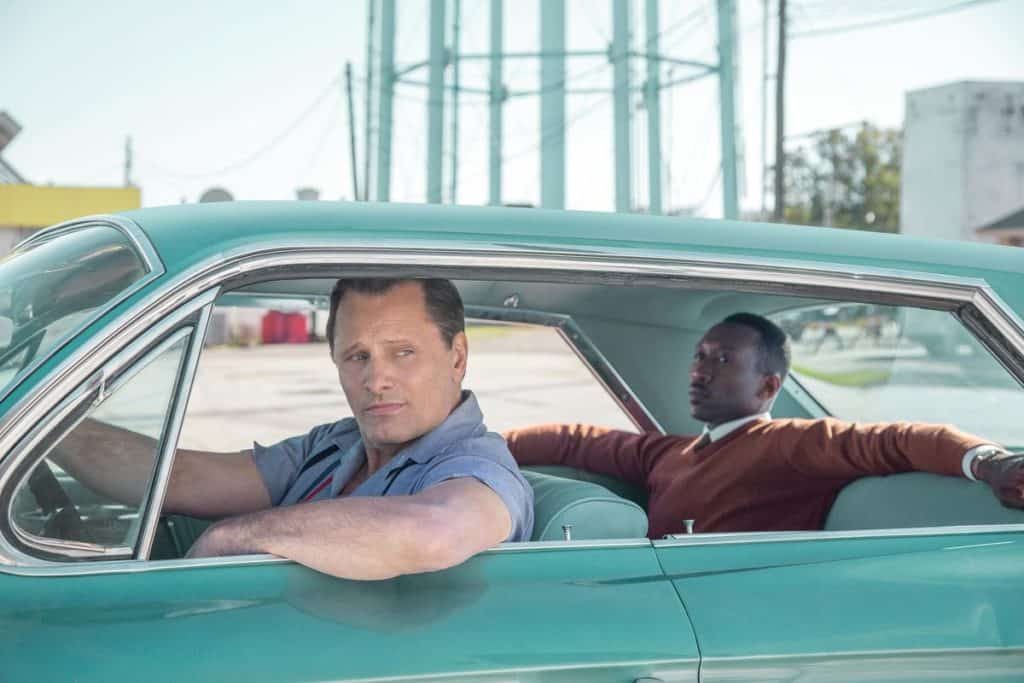 Given its overwhelmingly strong performance on the festival circuit, it’s strange to think that nearly all of the momentum pushing it forward initially has died down for this little biopic that almost could.  Dogged by righteous condemnation by the real-life Don Shirley’s family for its faithless recreation of his character, Viggo Mortenson’s highly publicized racial slurs and unflattering comparisons to 1989 Best Picture winner Driving Miss Daisy – not to mention a lackluster $35 million run for this would-be crowd-pleaser – very little has gone right for this movie heading into awards season.  It’s gotten so bad, in fact, that many doubted it could even so much as get nominated for Best Picture, let alone win it.

The film’s unlikely Best Picture win at the Globes, not to mention its Best Supporting Actor win for Mahershala Ali, did the trick in resuscitating its Oscars hopes at the eleventh hour.  This feel-good racial drama appears to be back on track for Oscar Sunday, proving to have mostly gotten past its controversial transgressions from the preceding months. 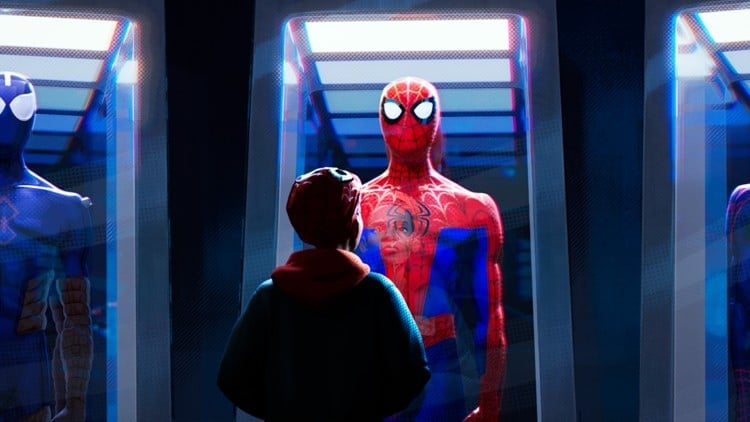 Spider-Man: Into the Spider-Verse

When the Academy finally created a Best Animated Feature Oscar at the turn of the century, the idea was that it could finally recognize all of the great films that the typical Oscar voter dismissed as “kids stuff.”  It would not only put a spotlight on the medium, but elevate it to higher echelons of respectability that it simply couldn’t obtain through the same channels as live-action films, which necessarily crowded out their cartoon competition.

And yet, as we now know, this hasn’t happened.  This separate-but-equal award for animators’ doodles often ignored high-quality features entirely, preferring to recognize whatever Oscar voters took their kids and grandkids to see last.  And because of Disney’s overwhelming ubiquity in regards to animation, it’s no wonder that the House of Mouse and its subsidiaries has regularly claimed the prize year after year.  It looked to be business as usual this year as well, at least until Into the Spider-Verse swooped in to upset the established order with one of the best movies – superhero, animated or otherwise – in years.  And if it can win against animation heavyweights like Incredibles 2 (2018) at the Golden Globes, it certainly feels like it can do so again at the Oscars. 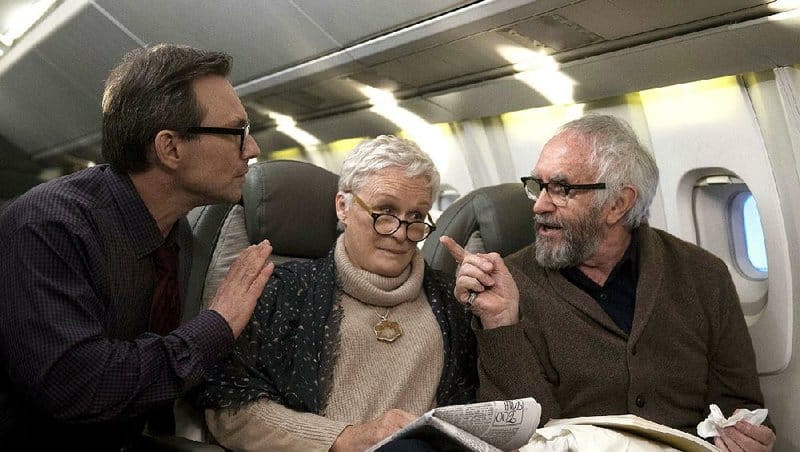 Very little is being said about The Wife, a well-meaning story about the woman behind a Nobel award-winning man.  By all accounts, the film is a bit of a bore, without a lot of narrative meat on its bones.  It is a bog standard, run-of-the-mill, middle-weight drama that is watched within 2 hours and forgotten just as quickly.

The movie’s one saving grace, however, is the inestimable Glenn Close: the longest-running loser of the Best Actress race in living memory.  She is, as ever, wonderful to behold, and given just enough dramatic heft here to justify nearly every awards body in town to giver her some overdue praise.  Her win at the Globes is certainly a signal that there is support for her among awards voters: certainly enough to get her in the field of nominees, and maybe, just maybe, enough to get her out past her competition.  At any rate, she is certainly now firmly entrenched among the hopefuls, which is more than could have been said of her just last week.