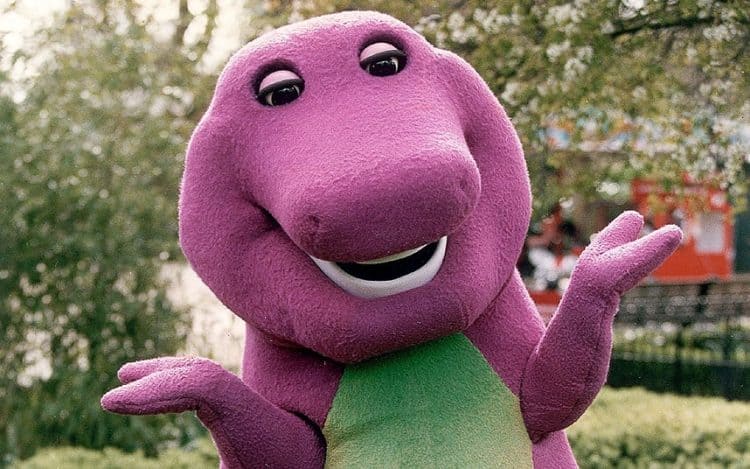 A lot of folks have a special show that strikes them just the right way and becomes a favorite childhood memory, and yes, there are still a lot of folks that remember Barney fondly even if some of us aren’t too sorry that the big purple T. Rex said his final farewells a while ago. Daniel Kaluuya of Black Panther and Get Out fame has a plan to bring Barney’s tale back to life in a manner that adults and kids might find entertaining, but so far it sounds like something that might go a little deeper than the show ever did since Daniel wants to show a side of the show that he feels is important and speaks to the underlying desire of the program to create a bigger awareness of how people should treat one another and the kind of love and respect that people should expect from those around them. It’s ambitious, to say the least, but it’s also likely to get some support since a lot of folks did like Barney as a kid and managed to sit and watch the character and his friends over the course of the show, and for some, bringing Barney back even for one show might be kind of nice. For those that didn’t care for the big purple suit, well, they don’t need to watch, but it might be deemed cool of them if they allow their kids to see just what the fuss is about.

Despite any personal bias against the show it does stand to reason that Barney did bring to mind the idea of treating people with kindness and respect, two things that are lacking in the world at this point in some ways. Daniel’s idea for bringing this character back is well-founded, but one has to wonder if Barney is a concept that people are going to embrace as fully as he might think. It could happen, and it could be discovered that this in fact one of the many things that society needs, but there are plenty of people that are skeptical of this idea, if only for their own reasons. The whole idea of bringing a kids’ show back in this manner, at least for a movie, could be picked at and harangued until one questions why the effort was even made. But it could also be an attempt to do something positive in a world that has been focused on so much negative throughout the current year. With everything that’s happened and the fact that many people aren’t sure what to think of the coming year and how to feel, it’s easy to think that something this inherently positive could be a good idea when presenting it to the public.

Daniel had this to say via MovieWeb:

“Barney taught us, ‘I love you, you love me. Won’t you say you love me too?’ That’s one of the first songs I remember, and what happens when that isn’t true? I thought that was really heartbreaking. I have no idea why but it feels like that makes sense. It feels like there’s something unexpected that can be poignant but optimistic. Especially at this time now, I think that’s really, really needed.”

There are no real details to give at the moment since this feels more like a desired idea as of now rather than a working concept, but it’s very easy to think that Daniel will be seeking to put this into motion eventually, whenever the chance presents itself. Who will star in the production, who will direct, and all the other particulars aren’t really known at this time, but the mere idea is enough to get a lot of people to pay attention since Barney was a big part of a lot of kids’ lives when they were younger and, like Daniel, it’s possible that the big purple dinosaur left an impression on quite a few individuals. The feeling that the world needs a bit more of a positive note to it at this point is hard to miss, but the severity of it usually depends on the point of view of those that are willing to comment on the state of the world and why it is the way it is. Likely as not this won’t be a subject that would be covered in the movie, at least not from a standpoint that would be open and blunt with kids, but it would no doubt be something that adults would understand. Barney is another creation for kids to help them understand the world around them and the importance of working together to create a better world than the one we currently live in. When this project will be underway and when we can expect to see it unknown, but it’s coming, there’s no doubt about that.