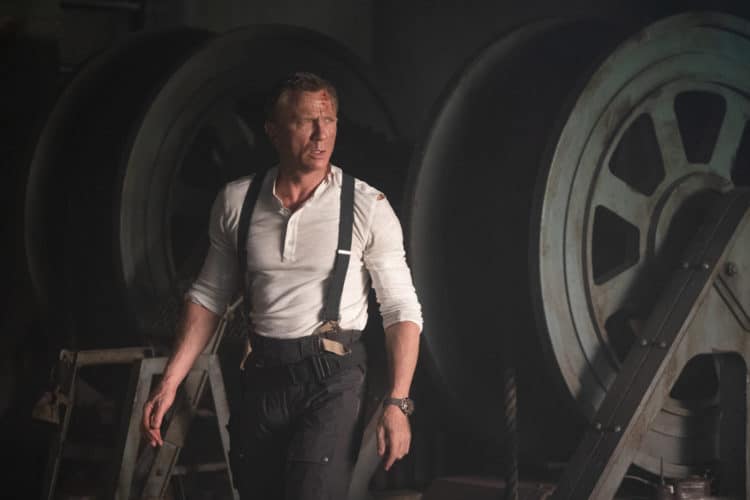 If you want the short answer as to why James Bond wears an Omega watch and not a Rolex any longer it’s due to product placement and the idea that someone paid to have this product placed in the movie. Apart from that, the long-winded explanation goes into a great number of mind-numbing details that a lot of us likely don’t care about since the look of something is usually what turns heads and gets people to pay attention. But those that are truly into what style of something a person is wearing, be it a watch or other accessory or an article of clothing, will usually be able to notice from one aspect another just who the product was made by and why there’s any significance to it. If you’re like me then if it looks good and fits well then so be it, it will work. But many people apparently love being able to find just what they want by a certain designer or company and won’t accept anything else. A lot of folks know that a watch is used to tell time and perform whatever other function it’s been built for, but some folks are actually of the mind that one watch or another is superior to each other for more than one reason.

Then there’s the practical bunch of people that say that a watch is a watch, and has a well-defined purpose that people have continued to build and expand on in order to drive the cost up. There might be some truth to that, and there’s no need to knock the idea that a good bit of craftsmanship goes into many timepieces, but thinking that picking one watch over another is something vital is kind of silly to be truthful since one can wear a knockoff that costs about a fraction of the price of a real one and still use it in an effective manner. If there’s one thing that many people, including myself, find amusing about designer brands and insanely expensive items, it’s that there’s usually something cheaper out there that will be just as effective, if not more so, since practicality is sometimes worth far more than the luxury that people seek out for various reasons. One has to wonder just how often people are looking at James’ wrist when they’re watching a movie, and why, apart from product placement and business dealings, it would matter if a person was wearing one brand or another. A lot of people would no doubt spring into action to give that explanation, since designers are quite proud of the products they make and provide for their clients, and they should be, to be honest. But making the kind of hullabaloo that is typically made over such items still feels kind of silly.

Perhaps it’s just because it’s James Bond we’re talking about that things like this come up, but then again, there are other movies in which name brands become kind of important since people want to model their lives after their favorite stars in movies and on TV at times, and they want to use or wear what they see the actors wearing and using. Now if that doesn’t sound silly then one might need to stand back and take a good look at what they’re doing and wonder if they’re living their own life or if they’re trying to model themselves after a fictional ideal that is best left to a cosplay that will serve them better at a convention than in their everyday life. Wearing an Omega watch won’t make a person more like James Bond, after all, any more than wearing a cape and a mask will allow someone to fly through the air and smash through buildings. But people continue to idolize movie stars and emulate them in ways that are hard to figure out since when thinking about the price of some of these things that are featured in movies, the average person usually needs to save up for at least a month or more to purchase what they want if they’re that lucky. If the items shown in the movies are as durable as people say and can perform more functions than a regular watch, then, of course, they’re worth a bit more, but wanting one simply because another person has it is still kind of childish in a way to be certain. But hey, to each their own.

But when it comes to Bond wearing an Omega watch vs. a Rolex, it’s more about product placement and the decisions that were made by those in charge than anything else. Over the course of the James Bond series the super spy has worn a few different brands, so thinking that one is superior to the others is kind of a matter of perspective.