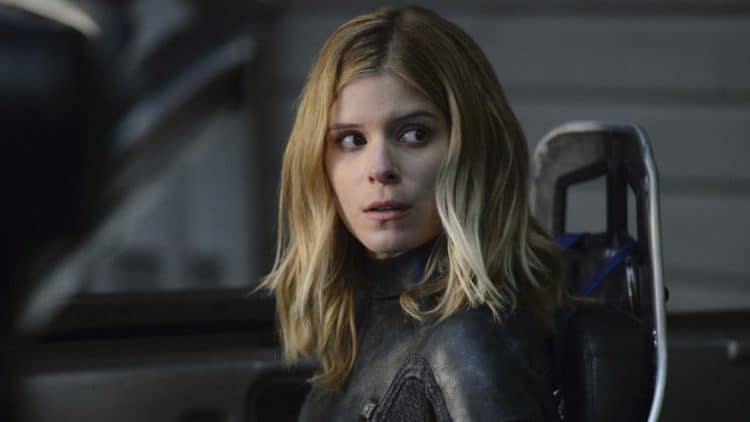 It sounds as though things on the set of The Fantastic Four in 2015 weren’t entirely copacetic between the cast and crew as Kate Mara tells it. But if there’s one regret that she carries from the experience it’s that she didn’t speak up about the toxic atmosphere for one reason or another. It could be that she was worried about being canned, since there are quite a few women that could possibly take on the role of Sue Storm, aka The Invisible Woman, or it could be that she was hoping that things would even out eventually. However it happened it’s likely that she didn’t speak up since things have been fairly tense even since the MeToo and TimesUp movements kicked off, since not only have people been concerned about various issues on movie and TV projects, but they’ve been made well aware that people are willing to simply can actors that aren’t working out, or that entire projects can fail if there are just too many issues. It’s kind of a self-defeating wya to look at things since saying too much can solve a problem by creating another one, while saying nothing can allow a problem to persist and become even worse. There is a balancing point in there to be certain, but it’s one that a lot of people have trouble reaching since emotions tend to boil over at times and issues become too great due to lack of proper communication between individuals.

The problems weren’t confined to the actors unfortunately since from the sound of things the writing room wasn’t exactly a pleasure to work in on certain days either since the script took quite a while to come together and at the end the original script wasn’t really followed. This could be why the movie didn’t come off the way it needed to and the version that was created in the 2000s was actually a little better. This is bound to make some people roll their eyes and wonder what in the hell I’m talking about since the truth is that a lot of people have never thought that any of the Fantastic Four movies have been any good. But to be fair, all of them have at least a few good moments that were enjoyable, since like it or not, I do think that the 2015 version of the Thing was better than the 2005 version since Ben Grimm actually looked like a walking pile of rock instead of a guy wearing a bodysuit. But apart from that the 2015 version was pretty horrible, while the 2005 version felt like a kiddie version of the story, when the truth is that the Fantastic Four have been around for long enough that they don’t need to be treated with kid gloves.

The issue of speaking up and getting fired is one that a lot of actors have faced, but sometimes it feels as though it would be better to stand up for what they believe in and risk losing the part rather than take the part and contribute to the continuing issues that Hollywood is facing. It’s very easy to say such things obviously, but taking action sometimes appears to be a difficult matter due to what might happen. But if we’re going to get an effective Fantastic Four movie then perhaps any issues that crop up need to be addressed then and there instead of just trying to push through them, as we’re taught to do when we’re younger. Burying your feelings and any issues that might be solved in order to spare the sensibilities of others is sometimes a wiser move, but there are a lot of times when the job has to take precedence, which means whateverh as to be said or done in order to get things moving forward should be brought to the fore in an attempt to figure it out and push through it. Whatever happened when it came to filming The Fantastic Four, the biggest problems with the cast kind of paled in comparison to what the fans were given as a finished product since not only did the origin story of the team get butchered, but the transition from their origin to the applications of their powers felt like a different story altogether.

Hopefully once Marvel’s first family reaches the MCU they’ll be given the respect and story they deserve, but if one is being honest it would be great to see the Mole Man finally brought into the mix since he was their first villain, and it would be great to see Galactus finally brought into the picture as well. Hopefully the MCU won’t screw around too much with the idea and will go back to the source material in a way that fans can appreciate without falling back on the ‘it’s been told’ excuse.