Home
TV News
The Reason Why L.A.’s Finest Was Cancelled after Just 2 Seasons 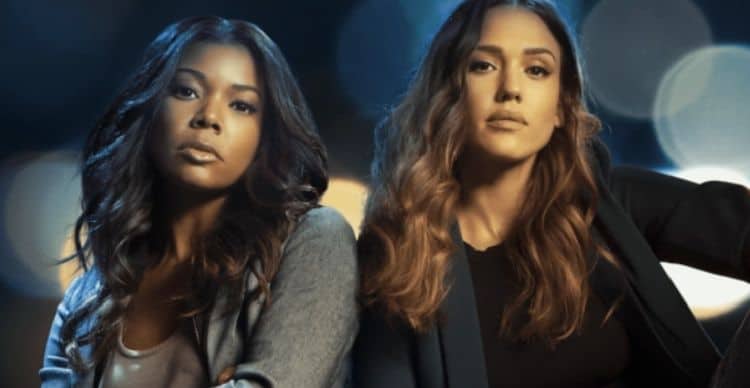 If anyone is looking for a reason as to why LA’s Finest was canceled following just 2 seasons they might be looking for a while since the show was taken down for one of the only reasons that a lot of shows don’t make it past the first or second season, it wasn’t performing well enough. That’s it, plain and simple. There might be plenty of people saying something different and claiming that it’s political somehow, but the fact is that the show didn’t put up the numbers that the people in charge wanted to see. Sometimes it is just as simple as it appears since there’s no other reason for it at this point. If a job doesn’t get done right, are you bound to hire the same contractor? If you have a less than pleasant time at a restaurant due to the meal or the service, are you likely to go back there? Some folks might say yes just to be spiteful, but a lot of people are going to agree that if the job isn’t done the way it needs to be that it’s time to move on, and sadly, this show didn’t hit the right marks and it was simply time to pull stakes and admit that it wasn’t working. Whether it was because of the actors, the plot or something else is hard to say since something made it next to impossible for the show to stick around, since otherwise, it would likely be working towards a season three.

Some might want to know if it’s ever going to come back, but that’s not for certain at the moment since the idea is that once something is canceled that it can be picked up again if there’s a desire, but otherwise it’s bound to sit for a little while and collect a fine layer of dust before it’s given another chance if it ever is. When it comes to Gabrielle Union and Jessica Alba it’s likely that despite their star power something just didn’t work since normally people are ecstatic to see these women considering that both accomplished actresses that can act and can be convincing. Opinions do differ, but it feels safe to say that their careers have been kind of up and down over the years, especially considering that they both used to be very popular and were seen on a fairly regular basis when it came to movies. But it is fair to say that things haven’t been looking up for either of them in any significant way since it feels as though they stepped out of the spotlight to continue their career but on their own terms.

Plenty of actors have done this in recent years and long before and it’s usually out of personal choice, but there are those that have a hard time making their way back to the big time once they’ve stepped away from it. While being on TV isn’t quite the big time, it’s still big enough to be noticed quite often since many people have several shows that they enjoy watching because of their favorite actors. But LA’s Finest, which actually allowed Gabrielle to reprise the same character she played in Bad Boys II, was set to be something special that people could get behind, a cop show that featured two women from different backgrounds, it would appear that things didn’t work out quite the way that people wanted. There are likely a number of reasons for this since it could be anything from the idea that the show wasn’t scripted well enough, the dialogue didn’t work the way that was desired or something else that was highly noticeable. Whatever it was, the show just failed to impress after the second season and it was put on the chopping block as many other shows have been treated in the past. It’s not the first show that’s had this treatment and it won’t be the last, but people expressing disbelief over this need to remind themselves that some of the best shows that folks thought would go on to be among the greatest have also been canceled long before anyone thought it was necessary.

It feels likely that Union and Alba will be able to recover from this just fine since they’ve been keeping their careers pretty steady throughout the years and haven’t folded yet. It’s likely that they’re none too happy that the show has ended, but are also probably lining up other prospects at the moment, or at least giving thought to doing so since actors that don’t keep acting either need something to keep their lifestyle or have to bite the bullet and keep stepping in front of the camera. Where we’ll see them end up next is easy to find out, but as far as LA’s Finest, it’s time to move on.