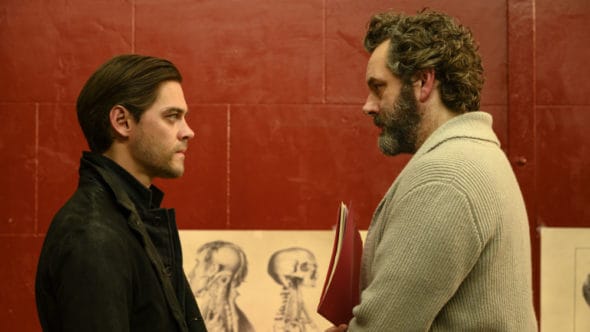 It’s never fully appreciated when a show is canceled, but when 2 million viewers aren’t enough to keep it around then there’s not much else to do apart from letting it go and see what might happen to it later on. The show, which featured a cast that many shows might actually spend money hand over fist for, was about a profiler for the NYPD that also had a father who was a notorious killer known as The Surgeon and a sister who was a killer as well. Trying to keep up with such a family might be more than a little difficult, but trying to ascertain whether the profiler has the same kind of tendencies that appear to run in the family would be even harder. What’s worse is that currently The Surgeon is on the lam and unless things close out in a definitive manner it’s likely that the show will end on a cliffhanger that wouldn’t be any good since fans would likely call for more episodes or for another network to pick the show up so that more could be forthcoming. Even bringing in another celebrity for season 2 wasn’t enough apparently, but admittedly bringing in Catherine Zeta-Jones might not have been the best idea simply because her star power hasn’t really been doing much for a while. With a premise and a storyline that could have kept this show going for a while though it’s fair to state that it’s kind of a surprise that people didn’t pick up on this idea and allow it to become a favored program, especially since it’s something that people who enjoy Dexter might like. But that’s just the way things go unfortunately and there’s not much to be done for it since if a show isn’t firing on all cylinders with the fans by season 2 then it’s likely that it won’t be lasting for a season 3 unless it’s incredibly lucky and has someone backing it that believes things can turn around suddenly.

The idea that Tom Payne wanted out of The Walking Dead to pursue other projects wasn’t a bad idea really since he didn’t care for the direction the story was going in and he simply wanted to get out, but so far it would appear that he has yet to really find a role that people are going to get into as much as they did his character on TWD. Prodigal Son looks and sounds like something that should be able to get the kind of attention it needs in order to stick around, but without blaming anyone it would appear that the fans have spoken and there simply aren’t enough of them to speak up for the show in a positive manner. It is a bit confusing and it makes a lot of people feel like the odd person out when they find out that millions of people don’t enjoy a show that has actual depth to it and will instead watch something that’s almost a carbon copy of something that’s been done before. Even stranger than that is the fact that the same people will defend their favorite shows by saying that there’s plenty of diversity of thought that goes into each one of them, and those that don’t see simply aren’t attuned to the right frequency. In a way, that means that those of us that don’t watch the same cookie-cutter shows want something that’s going to challenge us and challenge the status quo when it comes to Hollywood. Wanting stories that actually slap us in the face and get us to pay attention isn’t a bad thing, but it’s obviously not the most popular thing since a lot of folks want to watch shows that keep them in their comfort zone and allow them to think that they have a good handle on what’s popular and what’s really worthwhile. Oh well, sometimes there’s not a lot to do other than admit that it’s hard to fight the well-established shows that have millions upon millions of viewers. It’s not impossible, but getting people to invest in shows such as this is difficult at times.

It could be that Prodigal Son will be picked up by another network, or it could be that it will just get filed away and picked up at a later date for another shot. There are likely a lot of people that would rather see the former happen than the latter since it would be a chance to see more of the show and possibly allow it to expand in a way that might allow things to unfold in a manner that could broaden the story. Every tale has multiple angles that can be used, it’s just a matter of knowing when and where to push each one when the right time comes along.