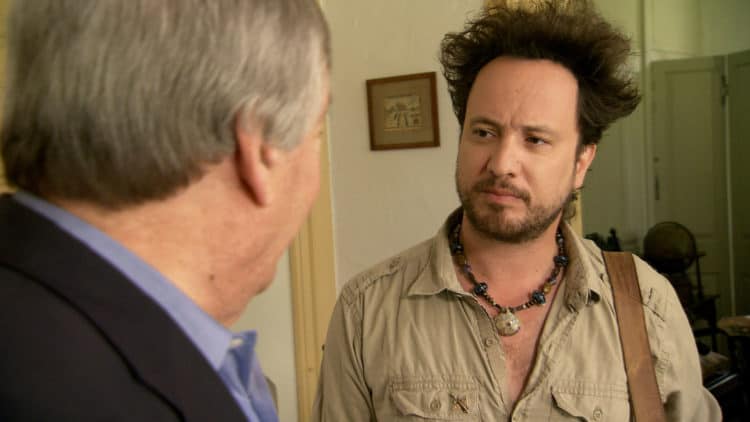 The reason why scientists might show any disdain for the History channel and voice their dislike for it is that the channel has, in a sense, become more about reality TV than actual history. At one point in time, the channel was actually quite astute in its lessons and took the actual history it was trying to push very seriously, which many people enjoyed. But when people decided they wanted to know more about conspiracies and subjects that were easy to understand since they didn’t deal with as many hard and ultimately less-invigorating facts, the channel obliged and started showing programs that would make people happy instead of sticking to the actual data that was realistic and not the product of some half-baked theory that Hitler might be alive and living somewhere in the modern world. Once the channel started going the sensationalist route, a lot of scientists tried to give the channel the benefit of doubt, but after a while, it was obvious that the channel was more about entertaining the people than educating them, and it became wiser to keep one’s distance. That’s not to say that the channel is worthless, far from it. But as far as being realistic and having any real scientific value, there are times when one might want to search the internet instead of taking a show on the History channel at face value.

There are plenty of shows, both fictional and true, that are still worth at least something on the History channel, but taking them all as gospel and hard science is kind of hard to stomach since some of them are a little outlandish and not entirely real. In some regards, the channel does try to get a few things accurate here and there, but it’s become far more entertainment than hard fact and a lot of scientists don’t appreciate this since it relegates the things they believe in the life they lead to little more than sensationalist propaganda that is hard to take seriously since a quick search on the internet can usually debunk a dozen different ‘facts’ that the channel wants to try and push. One good example is the show Vikings, which has been incredibly entertaining but hasn’t always stuck to the facts since to be fair, Viking history is a bit different than what we’ve seen. What it really looks like is that the creators of the show took the legends and the written historical records that exist and smashed them together to see what they would get, since the story that came about was quite a bit different than what history would tell.

This is one very big reason why scientists do have an issue with the History channel, or any channel that decides to put what it calls facts on display, since delivering false facts without stating that they’re dramatized versions of reality is more than a little irresponsible. The one thing about Vikings is that the facts are easy to check and the story is one that is meant to be entertaining while showing various aspects of Viking culture that might have been fairly accurate. The absence of horned helmets for instance is a great bit of reality that was enjoyed by many people, as is the fact that Ivar the Boneless was a real person, despite his condition being extremely exaggerated for the show. A common consensus seen among many people is that the History channel has long been expected to deliver actual history and not the kind of material it’s been doling out through the last several years, information that is easily debunked and not at all helpful to individuals that want to know just how history was created and what really happened. This is why movies such as Braveheart and 300 are looked at as great, but not at all representative of how the actual history behind their stories went down. One can only imagine how much this vexes scientists to know that historical dramas, which can be factual and still entertaining, are in a sense fabricating their own stories to make the material a little more palatable to the audience.

It’s great that the story becomes entertaining and overall easier to manage for those that aren’t history buffs, but for those that have spent much of their lives reading, researching, teaching, and otherwise involving themselves in the many upon many histories that detail one culture after another, it has to be quite bothersome. In a sense this has happened to many people throughout the scope of pop culture since like it or not, Hollywood takes its own view and will deliver its own stories to people while using various parts of life in a way that is not indicative of the source that it’s been pulled from. The History channel is not the first to do this, and it won’t be the last.