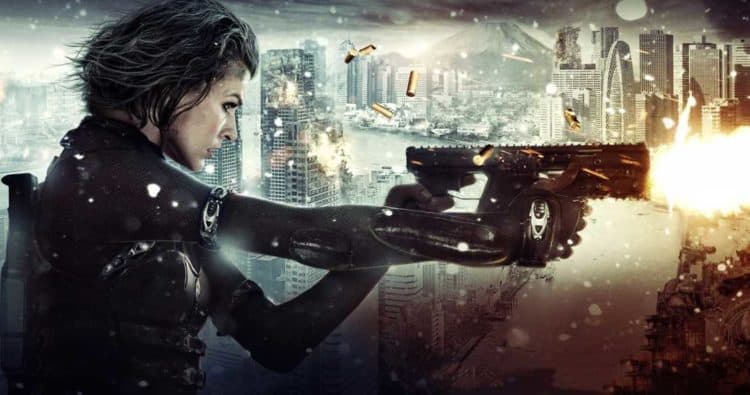 How many people are really buying into the reboots of the horror franchise? The depressing fact is that it happens to be a lot of people at this point and some of us are going along just for the sake of curiosity to see if someone actually gets it right this time. But Resident Evil isn’t that far removed from the critical flops that ended its run a few years back, though unfortunately someone seems to think it’s time to bring it back and make it ‘different’. Neeraj Chand of MovieWeb has detailed just how it seems that this version is going to stick closer to the video game and not go so far off script, but what a lot of people seem to fail to take into account is that video game movies have done this in the past and no one seemed to like them. They’ve also stuck to a story line that uses elements from the video game and few people seem to like them. Is anyone noticing a trend here? People are going to like what they like, but unfortunately the fact is that you might please some of the people some of the time but you’re not going to please all of the people all of the time. What I mean when saying this is that you can’t possibly think that bringing back a franchise that had an admittedly great start and went steadily downhill is going to go any better simply because it’s taking a different direction. It’s still making its way down the same winding path and as a result is going to likely encounter a few twists and turns that people are going to criticize in their own fashion.

It’s true that the bar was set pretty low after the last movie since things were tanking pretty hard throughout the years already. There are still those that would want to argue with this since over the years the effects have gotten better, but somehow the story has continued to worsen with each movie. The acting isn’t the worst in the world but it could be better, and the story line, huh boy, it’s just gone from one high to one low to finally sticking at a very predictable low that doesn’t leave much to the imagination. In the history of zombie movies Resident Evil gets one of the lowest possible grades since quite honestly it doesn’t have many redeeming qualities at this point.

The fact that this movie is being made is kind of confusing, but then so is the fact that various other movies are being made as well since the era of the reboot and remakes has made a lot of things very uncertain in this era. For instance, it’s uncertain why people are shelling out so much to go see these movies when quite honestly they’ve seen essentially the same thing more than once throughout the past couple of decades and it only seems to change ever so slightly when a new movie comes out, just enough to appease the people in order to make it sell. The Resident Evil franchise has been able to keep making movies despite their dismal numbers throughout the years and it would seem that those in charge are still confident that they can make a comeback. It’s time to wake up the writers and give them a voice again in order to really get anything new and innovative on the screen once again. People might not like it at first since they’ve been lulled into a comfortable waking dream that the movies they watch are going to be anything but something taken off the assembly line and fit into a nice little formula that seems to be the default for anyone that can’t come up with an original idea or can’t check out a few books at the library and be inspired.

This might sound cynical and in a way it’s kind of meant to be since going to the movies used to be a treat since just about every movie was something that we wanted to see, that we were anticipating, and that was supposed to be a treat. Going to the theater these days when it comes to movies we’ve seen over and over is like handing a big chunk of your paycheck over for tickets, concessions, and then having a giant egg tossed in your face. In other words, this movie feels like another attempt to create a story line that got out of control and careened off the tracks when it was first being made, and now they’re trying to correct their mistakes rather than try something that’s truly different. To be fair Resident Evil fans have been moaning and groaning about this for a while now, but when the day comes that something truly new and exciting comes out it’s going to be a day to remember.