Home
Video Games
The Rise and Success of Fate/Grand Order 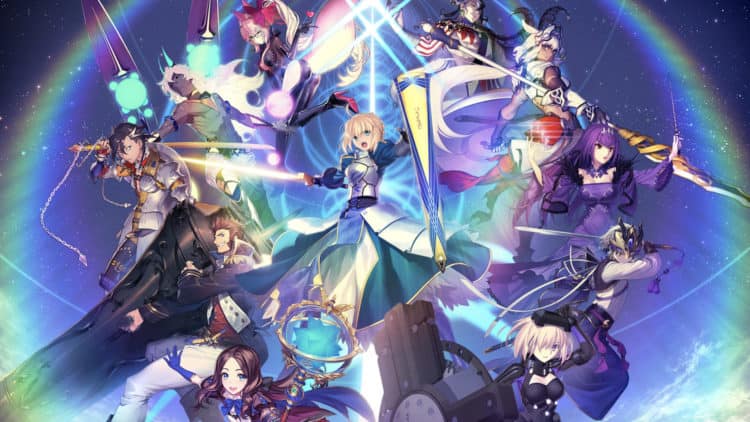 Fate/Grand Order is a mobile game in the Fate series. In short, the Fate series started up with a visual novel called Fate/Stay Night, which was released in 2004. Said visual novel was centered on the concept of magic users fighting one another in secret using the summoned spirits of exceptional individuals such as Gilgamesh, Heracles, and King Arthur for the right to use a wish-granting device named for the Holy Grail. However, while the narrative was very much interested in these summoned spirits called Servants, the real focus was the protagonist Master, who is forced to examine his own ideals, which have been shaped by his experiences as a survivor of the horrific consequences that can ensue when the fighting spills over to the non-magical side of things.

Fate/Stay Night proved to be popular, so much so that its success prompted not just adaptations but also a slew of spin-offs. For example, there was Fate/Zero, which was a prequel to Fate/Stay Night. Likewise, there was Fate/Extra, which used a similar concept but transplanted it to a very different setting in a very different timeline. In a very real sense, Fate/Grand Order could not have existed without these preceding spin-offs, not least because it is an excellent example of a mobile game building upon the successes of its parent series.

In short, Fate/Grand Order sees its protagonist becoming a member of a secret organization called Chaldea, which has been tasked with investigating the oddities that it has observed in the timeline. It isn’t long before Chaldea comes under attack, which leaves the survivors cut off from all available assistance. As a result, the player must take up the mantle of the last surviving Master, summon a wider range of Servants than ever before, lead them in investigating the oddities in the timeline, correct the sources of those oddities, and then hunt down the ultimate culprit behind the attack on Chaldea.

How Did Fate/Grand Order Become a Success?

Mechanics-wise, Fate/Grand Order is unexceptional because it is similar to a lot of other mobile games out there. In short, Servants can be summoned using an in-game currency, which of course, can be purchased using real world money at not particularly good exchange rates. After which, Servants can be leveled up and then used to take on a wide range of enemies. None of this is particularly innovative, though Fate/Grand Order has received some praise because its graphics are better than a lot of its counterparts.

Instead, the real reason behind Fate/Grand Order‘s success is its narrative. None of the people behind the project expected it to last that long, which explains why the earlier existence of the initial Japanese version was plagued with problems, so much so that the players still make jokes about periods of maintenance being followed by more periods of maintenance. However, what happened was that players both familiar and not so familiar with the Fate series found the narrative of Fate/Grand Order to be pleasing to them, which in turn, encouraged the people behind the mobile game to put more effort into it. This can be seen in how the writing started seeing significant improvements after the first few events, thus serving to make the mobile game even more attractive to interested individuals.

Since that time, Fate/Grand Order has become very, very profitable. For proof, look no further than the fact that the Sony-owned Aniplex that is responsible for running Fate/Grand Order made $1.8 billion in revenues in the last fiscal year and $934 million in revenues in the fiscal year before that. Granted, Aniplex has other sources of revenue as well, but the experts concur that Fate/Grand Order is the primary cause for the increase. This is supported by the fact that Fate/Grand Order is no longer limited to the Japanese market but has also been released for the Chinese market, the Korean market, and the English market in Canada and the United States. Moreover, Fate/Grand Order has become popular enough to get its own spin-offs, with examples ranging from an arcade game with a 300,000-strong player base to a stage adaptation of one of its episodes, which has proven to be successful enough that there is going to be another stage adaptation of another episode.

Summed up, Fate/Grand Order is going strong, so much so that it has overshadowed its parent series to some extent. Theoretically, its popularity will fade at some point in the future, but the current evidence suggests that it can continue on for a few more years at the very least. Naturally, this means more big profits for Aniplex and thus by extension Sony.