Home
Movies
The Rock Gets The Honest Trailers Treatment 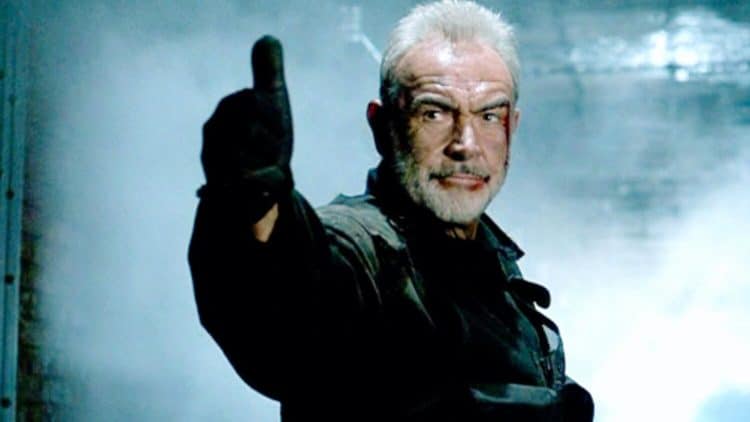 Obviously, when there are no movies coming out during the summer it’s time to take a look back at the old blockbusters that we loved when they came out and love making fun of now since we’ve seen them in a different light. The Rock just happens to be one of those movies since when it came out it was absolutely on fire considering that it had action and it had a story that was compelling enough to get people into the theaters. The only thing is that now, looking at it later, we start to pick it apart and find that a lot of the stuff we thought was so cool couldn’t possibly have happened the way it did, or the SEAL team, Stanley, and Mason would have been dead before hitting the shower room. Alcatraz has had an interesting reputation for a long time that might have been partly earned and partly concocted by people that love to tell stories, but the fact is that for a movie, it’s absolute gold just waiting to be picked up since if a person can spin a story about it, people are bound to listen for a little while at least just to make certain that it’s something they want to see and/or hear. After all, Alcatraz has been the subject of a great many stories throughout the years and it’s still one of the most notorious prisons in history, especially when it came to escaping.

Suspending all belief though, it’s still hard to imagine that anyone would be able to remember their way through the bowels of Alcatraz, especially when they were in the dark, underground, and had to depend on at least a bit of luck when trying to find their way out. Then let’s not forget that after spending time under the prison, there’s the idea that a person would have to make the swim from the island all the way to the mainland, in freezing water that would no doubt stop a person’s heart after a while or make covering the distance extremely difficult if not impossible. Then they would have to find a way to evade authorities, since bed check would bring up the fact that a person was missing rather quickly, and from what’s been written, losing a prisoner was no small matter and would have been handled with the utmost importance. Since Alcatraz closed its doors decades ago however it’s been seen as a tourist attraction and been the subject of many a story and screenplay for those with a great enough imagination and, in Michael Bay’s case, a penchant for blowing things up.

Reviewing the movie after so long one can’t help but wonder why we’re taken in by certain movies now and again, but the answer is pretty obvious: a part of us wants to be. We want to see the action, we don’t want to engage in realism, and we definitely don’t want to hear that what we’re watching is in any way flawed. We, the audience, tend to find that out later anyway, provided we do the research and discover that all those awesome scenes that we enjoyed would leave a lot of people injured, possibly, and would cause untold millions in property damage that wouldn’t be easy to recoup. But at the moment, it’s fun, in the movie it’s a chance to root on the people that are supposed to be the good guys and hope for the ruination of the bad guys. In The Rock though, Hummel was the bad guy, but he wasn’t a certified lunatic like those he’d found to join his cause. He’s one of the rare bad guys that does have a conscience and was doing the things he did for a good reason, despite the fact that he took things way too far and in essence was about to eradicate a major city and possibly far more if the winds hadn’t been in the favor of anyone that might have been caught in the path of the VX gas. It is astounding though that the handling of the spheres was so haphazard and yet none of them broke when just rolling into a wall caused one of them to implode and kill a soldier that was unlucky enough to be caught in the room at the worst time.

That’s movie magic though, where a guy like Stanley Goodspeed, who likely has little if any combat training, could keep a sphere of green goo that could kill him in very short order from breaking or even collapsing while making his way through an abandoned prison, and being chased by a professional soldier no less who’s fully intent on killing Stanley to get the guidance chip to a missile he disarmed. Oh yes, most of us just sat back and enjoyed the action for what it was, not what it should have been.