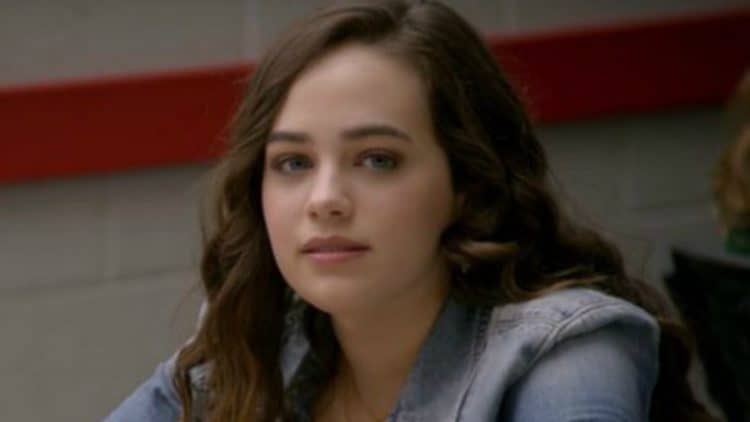 Out of all the theories that have been brought up concerning Cobra Kai and its many characters, this is one that’s kind of interesting and does hold a bit of weight. It does change things a bit since Pat Morita passed away in 2005 and the headstone in the show states that Mr. Miyagi passed in 2011, but this tends to support the theory that Samantha LaRusso, Daniel’s daughter, would have known and possibly trained with Miyagi before his passing. It could be that he even meant a great deal to her as he did to her father back in the day, which could be why she stepped away from karate in the first place as many are stating, as a way to cope with the loss. But what’s really going to be interesting is what will come when season 3 comes along and the fight against Cobra Kai is hopefully renewed, especially since Johnny has been kicked to the curb by his former sensei and his students as well. There is also the reality that Sam’s mother has stated that there will be no more karate since Sam ended up in the hospital along with Miguel, whose fate is also uncertain at this point. Robby, Johnny’s son, is no doubt headed to juvenile detention unless someone intervenes on his behalf, and the fate of Cobra Kai is currently in uncertain hands since John Kreese is now in full control, and has the students believing that what happened to Miguel is Johnny’s fault.

To be fair, it kind of is since Daniel has become something of a jerk in Cobra Kai even though he’s since been seeking some form of redemption. Johnny is responsible as well, but between him and Daniel, the push and pull was bound to affect their students since their opposing viewpoints were going to collide at one time or another. The thing is that we’ve found out just why Johnny was such a jerk in the past, but we haven’t seen just why Daniel became a bit of a jerk later on, even if it’s easy to guess. But if there was a connection between Sam and Mr. Miyagi then it’s very possible that she’s feeling at least some of the pain that her father has felt, and misses the old man just as much. It might also be what gets her back into the swing of it despite her mother’s wishes since there is a strong connection between Sam and Daniel apart from their father/daughter connection since they both had a lot of love for Miyagi and don’t know what to do without him. Sam has been doing the best she can as a high school student and a young woman that’s attempting to cope with life as an adolescent, while Daniel kind of had a knee-jerk reaction to the Cobra Kai being revived. Many of us should be able to admit that at first, he was being little more than a jerk that couldn’t let the past go, and might have avoided the headache by simply letting Johnny do what he felt was right.

But if Sam remembers anything from Miyagi’s lessons, and if Daniel learns a few secrets about the old man he didn’t know, season 3 could change up the show in a big way since without Johnny at the helm, Cobra Kai is bound to go back to its old ways. While some folks might say that what worked in the 80s wouldn’t fly now, they might be surprised at what martial arts teachers can get away with if they’re not beholden to anyone. It’s likely that under Kreese’s guidance the Cobra Kai wouldn’t be able to enter another All Valley tournament, but that doesn’t appear to be Kreese’s objective at the moment since he’s already succeeded in taking the role of sensei once again. If we get to see a character such as Terry Silver make a comeback, which would be great, it would be another reminder that Cobra Kai isn’t going to change easily, if at all. What would be even better would be if Johnny and Daniel would finally come together and settle their differences to ensure that their students were taught the truth about martial arts and pulled out of Kreese’s grasp. It feels as though Sam is going to be a part of this effort, especially since she still cares about Miguel, who will likely remain a part of this as well, despite the fact that he’s currently out of commission.

Season 3 can’t come soon enough for a lot of people simply because there are too many different theories that make a good deal of sense, even if there are plenty that reach a little too far and don’t really appear to connect to the series in a meaningful way.