Home
Comics
The Secret Story Behind the Creation of Venom 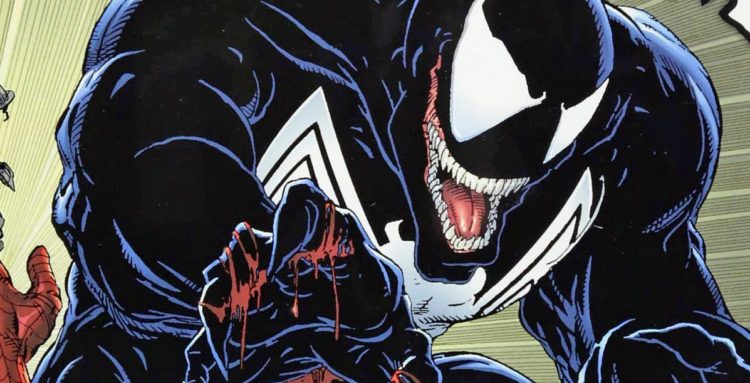 If you looked at how Venom was created initially you might think that Todd McFarlane was getting a little too big for his britches, so to speak, when it came to his desire to draw Spider-Man’s iconic costume. His disdain for the black costume has been well documented now for quite a while but the story he’s told about how he wanted Peter to ditch the outfit is one that you kind of have to take with a grain of salt. He had such a serious hate-on for this outfit that Marvel finally gave in and allowed him to do what he wanted, and it’s kind of good that they did. In short order he created the character of Venom, the alien symbiote that eventually became completely intolerant and hateful towards Parker. Peter did come to wear another black suit however, but this was only until the actual character of Venom terrorized his wife Mary Jane. After that he ditched it entirely.

It does kind of seem that Marvel caved to McFarlane initially just to satisfy the artist and keep him from shouting too loud, but even if that was the case, based on your perspective, the idea of getting rid of Spider-Man’s black suit and turning it into one of his greatest enemies has been one of the best decisions possible. After all, Venom is one of the more terrifying villains to ever come along since not only has he been seen as one of the few that really know Spider-Man inside and out, but he’s also been one of the more powerful villains to come along in the webslinger’s long history. That’s why it’s so confusing that he’s been so low-key at times in favor of other villains that he might be able to overcome quite easily. Spider-Man has had some truly horrifying enemies throughout his history, but Venom is one that has been more intimate with him than many of the others, literally.

Having been a part of Parker for a short time and then finally a part of Eddie Brock for even longer, Venom is the kind of villain that you simply can’t see coming, and even though he’s become something of a hero in the past and recent years, he’s still a very intimidating presence that is hard to see as an overall hero. But McFarlane no doubt was going for something that was just going to get rid of the black suit and likely had to come up with some way to actually get rid of it that would make sense, for the comics, and at the same time show his absolute disdain for the suit. Venom being born was in a way the artist’s desire coming to life and in doing so was, luckily, a method that created a villain that the fans could hate with an equal passion. As you might guess however Venom also became someone that people loved since he was a villain unlike any other that challenged Spider-Man in ways that no one else could.

He doesn’t trigger Peter’s spider-sense, he’s just as strong if not stronger than Spider-Man, and he’s just as clever at times. Venom does have his weaknesses however and Spider-Man knows how to exploit them to the fullest since sound, fire, and even exhaustion are ways in which Venom can be beaten. In making him vulnerable in certain ways it does create a balance for the villain that kicks him down a couple of notches when it comes the webslinger’s library of enemies. That being said though Venom is possibly one of the most dangerous since he’s so hard to detect and won’t always go around looking like a big, hulking creature with razor-sharp teeth and claws. This means that if not for his unstable emotions and need for violence that Venom could be one of the most dangerous beings in the Marvel universe since his ability for stealth is unprecedented, at least in earth-based villains, as he is no matter his extraterrestrial origin.

Plus, if you really think about the latest Venom movie that came out, we’ve learned that Venom is not alone. He has an entire race of symbiotic brethren that are just itching to make their way to earth and wreak havoc in a way that would create a very dangerous landscape for the heroes and villains in existence as of now. It would seem that McFarlane’s contribution to the Marvel universe has become something that could possibly take it over if someone in a high place was able to have their way. Just think about, villains and heroes running around being augmented by symbiotes, it would be a war zone unlike any we’ve ever seen in the MCU, and this is with Infinity War and Endgame in mind.