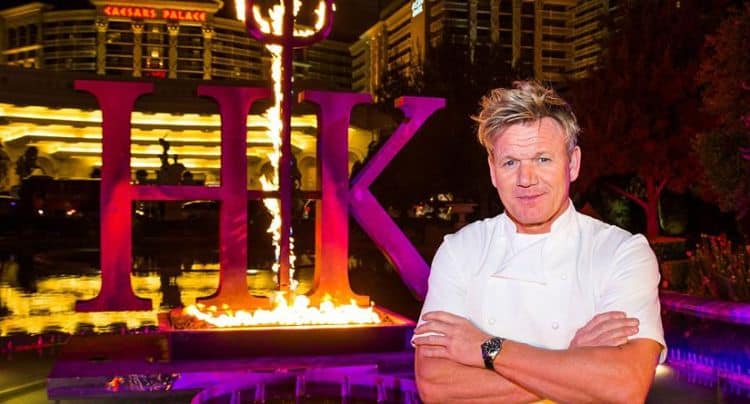 Who would’ve thought that watching professional chefs test their skills while being berated by Gordon Ramsay would make for such good entertainment? More than 15 years after its release, Hell’s Kitchen is still drawing in millions of viewers and chefs are still signing up for a chance to be on the show. There’s something about Hell’s Kitchen that appeals to people’s love of food and competition, and viewers simply can’t get enough. While the show may seem pretty straightforward on the surface, like all other reality shows there’s much more than meets the eye. In fact, even some of the show’s biggest fans may not know about some of the interesting things that go into the production process. Keep reading to find out some of the secrets behind the show Hell’s Kitchen.

Where Does The Phrase Hell’s Kitchen Come From?

The reason the series is called Hell’s Kitchen is probably fairly obvious to most people. Working in a hot kitchen with someone constantly questioning your cooking abilities certainly sounds like hell. As most people know, however, the term Hell’s Kitchen has been around for much longer than the show.

Coined by Davey Crockett in the 1830s, the phrase Hell’s Kitchen was used to describe a neighborhood in lower Manhattan called “Five Points”. The area was notorious for its poverty and overall disarray. According to Distractify, Davey first used the phrase in his book A Narrative of the Life of Davy Crockett which was published in 1834. Crockett wrote, “I thought I would rather risk myself in an Indian fight than venture among these creatures after night. I said to [my friend] … these are worse than savages; they are too mean to swab hell’s kitchen.” The phrase eventually caught on and is still regularly used today to describe the New York neighborhood.

Secrets From The Show

1. Not All Of The Contestants Are Really Chefs

Anyone who has watched Hell’s Kitchen has probably wondered how some of the contestants got on the show in the first place. After all, there is typically a wide range in the skill sets of the people featured on the show. That is simply because you don’t have to actually be a chef to get on the show. As a result, quite a few of the contestants are not professional chefs. In fact, some people are choosing simply because they have a personality that will likely be entertaining. While this obviously waters down the competition, it also adds to the entertainment factor. Of course, someone who isn’t really a chef is going to make the kinds of mistakes that will send Gordon Ramsay into a full-blown yelling spree.

Casting people who aren’t really chefs isn’t the only thing done to add drama to the show. The show’s production team has been known to do things like mix-up ingredients so that contestants will purposely be thrown off. According to Tek Moore who competed on the show in season six told the New York Post, “Production would come in and mess with ingredients, swap out your salt and sugar — so people would look like complete f—king a–holes”.

3. The Contestants Don’t Get Much Sleep

Even when contestants aren’t cooking, the environment on Hell’s Kitchen is enough to drive them crazy. They aren’t given much opportunity to sleep which obviously doesn’t help with being in a high-pressure situation. This tactic is probably utilized to make contestants more likely to have emotional responses during the show.

While it may look like everything on Hell’s Kitchen takes place in an actual restaurant, that isn’t the case. The show is actually shot on a soundstage which also means that the ‘diners’ you see on the show aren’t just random people who are lucky enough to have a once-in-a-lifetime experience. Instead, they are people who already have some sort of connection to the show. For all of the people who dreamed of one day being a diner on the show, this means that the chances of that happening are virtually nonexistent.

5. The Contestants Cook For Themselves

Being on a reality show may seem like a fun and glamorous opportunity, but that isn’t always the case. Being on Hell’s Kitchen has proven to be anything but glamorous over the years. Not only do the contestants get very basic living accommodations, but they’re also responsible for making their own meals. You can probably guess that most of them don’t feel much like cooking after spending all day filming.