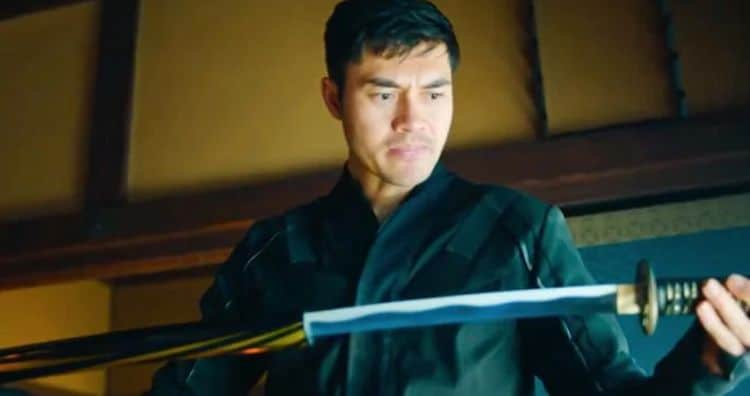 It kind of goes without saying that Snake Eyes has been one of the most popular G.I. Joe characters for decades now since apart from being a ninja he’s also highly skilled in many other forms of combat that have made him a valuable asset to the Joes. But this time around we get to see how he became the person he’s been for so long, and while it’s easy to think that things are going to change a bit, as Henry Golding’s casting would indicate, it’s still enough to think that we’ll get to see him don the garb that has defined him for so long. Snake Eyes’ origin story has been told and retold a few times over the years since he’s almost never taken off his mask or visor unless he had to and a lot of stuff about his life has been kept as classified over the years. This makes him a very intriguing character but it also makes him an easier character to control and direct since all he has to do is work as a part of the team and be a badass and he maintains his reputation. In one way that’s kind of an easy escape for lazy writing since it tells a lot of people that since his story isn’t quite as detailed as many others he’s able to get by with being simply awesome as long as his story is continually built up and he’s shown kicking the hell out of few enemies here and there. But the hope with this origin story is that we’ll see Henry Golding take on the iconic character and show us how exactly the man known as Snake Eyes managed to become one of the deadliest ninjas around and join up with one of the most elite fighting forces in pop culture.

Right from the start the story looks like it’s going to have plenty of action and will also have plenty of explanation, hopefully, of how Snake Eyes came to be a part of the Arashikage clan, or at least how he came to be trained by them. According to his origin, he either did get along with Storm Shadow or he didn’t, but it’s known to a lot of fans that the two of them have been at odds with each other for a long time, so it’s easy to think that Storm Shadow will show up and will be a continual thorn in Snake Eyes’ side since the two have had a longstanding rivalry for so long. But in terms of his time with the Joes and whatever came before, one can’t help but wonder what we’re going to see of the character and how he’ll come to wear the visor and mask all the time. There was another story given in the G.I. Joe movies that have already been created, one that made it clear that Snake Eyes is going to be an awesome character since this is how he’s been depicted already. But unlike the movies that have already been released, there will be more of an explanation as to who he is and why he became this character.

Snake Eyes’ origins have always been kept pretty hush, which is kind of irritating in a way but has also made him pretty cool since not knowing that much about him is what make Snake Eyes so inherently dangerous. This is the type of character that can sneak up on just about anyone and be gone before they were aware that he was there. One has to wonder what Henry will portray him as, and if he’ll have a lot of dialogue or just enough to get his point without having to talk quite so much. One has to remember the Snake Eyes has never been much of a talker, he’s always been more action than anything. In the G.I. Joe movies that have become before it’s due to a vow of silence, he took after his master was killed. The stories have been redone, rebooted, and remade so often that trying to figure out which one is supposed to canon is a bit difficult, but watching the movie will take that doubt away as fans are finally going to get to see what they’ve been wanting for so long. An origin story for Storm Shadow might be nice as well, but if there’s a plan for that it has yet to be revealed. Snake Eyes is going to be the main attraction for the time being, and one that can easily get people excited to head back to the theater. It does sound as though the comic book history will be what this movie is going off of, so it might be time for fans to brush up just a bit to see what might be headed their way.