Home
The Strain
The Strain Season 2 Episode 10 Review: “The Assassin” 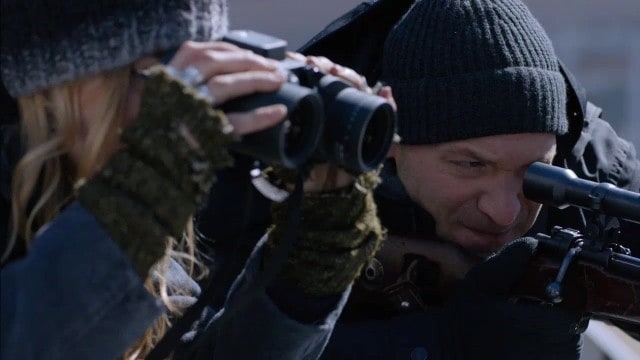 If there’s any character I’m rooting for at this point inÂ The Strain, it’s the out-of-bubblegum Councilwoman Feraldo, who refuses to back down or answer to anyone in her quest to cleanse the parts of New York that let her do what she wants. Her character brings life and movement to a show that’s thrown just about every other character onto a ferret wheel. Every non-Feraldo scene in “The Assassin” is testament to that, with a series of stories that dominate the running time of the episode, but refuse to progress in any meaningful way. Feraldo, in all her gun totin’, rich people taxing glory, is the real shining beacon of hope onÂ The Strain,Â which ultimately makes “The Assassin” another disappointing entry, back seating her interesting approach to crisis politics with a bunch of non-compelling characters refusing to push the story forward.

“The Assassin” gets off to a bad start with its title. It announces that this is the episode Eph will try to take down Palmer – and after last week’s display of his shooting talent, it’s pretty obvious he’s not going to be killing anyone (plus, Dutch gives him alcohol to “calm him down” before he shoots – are you freaking kidding me?). Which he doesn’t, of course: all he does is succeed in getting himself and Dutch arrested, and guarantee we’ll waste another ten minutes of our time while Coco’s life hangs in the balance, a fact that even Eichorst points out is absolutely ludicrous when Palmer demands her life be saved, lest he back out of the “partnership” everyone (including him, if we’re to believe he’s a good businessman) knows is not really a 50/50 deal. Coco’s meaningless character becomes the dramatic arc of the episode, but when there’s a character who can literally resurrect, turn, control, channel, empower, and drink anyone on the show, the stakes are lowered even further than they already are, given how ridiculously invested The StrainÂ has gotten in the Palmer/Coco relationship (“You’ve changed my entire life,” he tells her… and how is that, beyond the fact you broke a long sex drought?).

We can expect the vampire stuff to be ridiculous, though. It’s really the rest of “The Assassin” that is frustrating, with its many nonsensical twists and moments that reveal the utter lack of logic working on this show – like my favorite moment: after presumably shooting Palmer, Eph lets the rifle sight sit right on Palmer’s head, without firing a second shot to be sure. Such a simple solution!. There are so many of these moments, though, beginning when Dutch suddenly begins to talk about her sex life and preferences and ending with whatever the heck torture machine sheÂ is hooked up to in the final seconds (so now vampires are buying cops? Why even turn people when they can just buy everything, and eat when they want?).

Honestly, the logistics of these moments wouldn’t matter if there was some emotional weight or literal significance to it all. However, when things feel as pointless as they do in “The Assassin,” the inherent flaws in the show’s adherence to simple logic is frustrating and only add to the artificiality of moments when the show tries to draw on deeper emotions (again, that scene with Palmer confessing his feelings… does anyone actually take him seriously? And why does she come back to work after that?). Without possessing those rudimentary traits, it leaves significant moments feeling empty. Eph and Palmer coming face to face should feel powerful, Eph’s rage and Palmer’s ignorant, arrogant sense of kinship with the vampires providing a tense spark to the proceedings. Instead, we get some melodramatic posturing about “the die” being cast and the vampires already having won, a perfect example ofÂ The StrainÂ pushing away any ideological or emotional depth for the carrot-on-a-stick, delayed gratification approach this show’s taken since the first season’s third episode.

Even with half the recurring cast on the sidelines (no Kelly, Zach, Quinlan, Angel, or Gus), “The Assassin” is unable to fill its extra space with anything but a wild goose chase and a predictable failed mission – hardly the kind of episode that deserves such a suggestive, awesome title as “The Assassin.” With only three episodes left this season, I’m perplexed as to howÂ The StrainÂ will pull all these underwhelming pieces together in time for the “big” finale it’s clearly building for. As long as Feraldo keeps trucking along with a semi-automatic rifle in her hands, though, there’s always hope for New York, andÂ The Strain.

– I still don’t understand why they’re having public press conferences all over the city.

– Boy, that mayor is a wuuuuuss.

– Sorry Dutch, I don’t feel bad for you that you used to be ugly in middle school.

– Coco lives in the projects? Please.

– Feraldo makes some awkward speech about having the keys to the Upper East Side, and “show you mom.” Nearly as awkward as Palmer’s “I need you, Coco” speech, but at least hers holds actual relevance to the story (I think?).

– “Bonobos resolve all conflicts through shagging” is the worst excuse I’ve heard for polygamy ever. Try again, Dutch.

– “Say goodbye to eternal life, you son of a b**ch.” Eph talks trash about as well as he shoots a rifle (which is, oddly enough, many times worse than he is with a pistol, where he’s basically Deadshot).

– “You’re listening to WHXV… Somehow, we’re keeping our s*** together.” I really want to hear this onÂ The Strain‘s radios one day.

– Eph regrets shooting Palmer, before he even knows he shot Coco. This guy sometimes.

– “Recognizing change is the key to survival”… Um, no.

– “Why would he share his kindgom with anybody?” How does Palmer continue on this mission after hearing that… truest words ever spoken on this show.