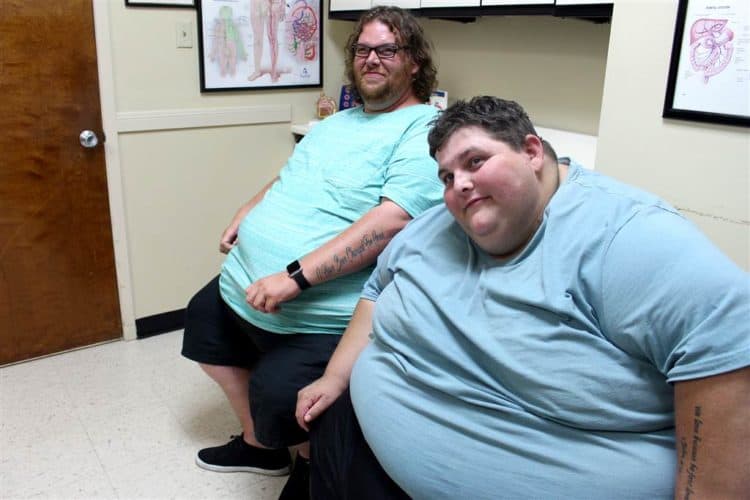 Each year, networks bring in millions — if not billions — of dollars from the success of reality TV shows. Over the last decade or so, these shows have become just as popular as scripted series and people can’t seem to get enough of people into other people’s lives. As a result, the stars of these shows have been able to command top dollar for allowing camera crews to follow them around. For example, Screen Rant reported that The Kardashians were able to command $500,000 per episode for their popular show, Keeping Up with the Kardashians. Unfortunately, however, not everybody has been so lucky.

Among the unlucky bunch are the stars of the TLC series, My 600-lb Life. Despite the show’s popularity, the people whose journeys have been featured haven’t brought home the kind of money some people would expect. Keep reading to find out how much the stars of My 600-lb Life make.

While being on a reality show doesn’t technically involve any extra ‘work’ on the star’s part, it’s only fair that they be compensated for providing so much content to the network. This is especially true for a show like My 600-lb Life where the content being shared is extremely personal. Surprisingly though, the cast of My 600-lb Life doesn’t really make any money.

According to an article from Starcasm, “The basic payment for a My 600 Lb Life cast member’s initial episode appears to be $1,500. That’s a flat appearance fee, sometimes referred to as a “talent fee,” and covers each episode’s roughly twelve-month shooting schedule. We’ve heard rumors that cast members get more money from Megalomedia, My 600 Lb Life‘s production company, by agreeing to participate in the show’s infamous bathing scenes; we’ve been unable to confirm those rumors.” Sources also suggest that people who appeared on the show during earlier seasons were only given $1,000 to be in an episode.

Not only is $1,500 a very low appearance fee, but it seems even worse when you take into consideration the fact that filming for an episode of the show can take up to a year. To most people, the idea of working for an entire year and only making $1,500 sounds completely ridiculous.

On top of the fee to be in the episode, cast members are also given $2,500 to relocate to Houston to be closer to Dr. Now’s office. There’s no information on whether or not people who already live in or around Houston are also given this stipend. Considering that some people are coming from across the country, and the average rent for an apartment in Houston is well over $1,000, that $2,500 stipend doesn’t amount to much.

Does The Show Cover The Cost Of Weight Loss Surgery?

Everyone featured in My 600-lb Life has one main goal: weight loss surgery. According to Student Loan Hero, the average weight loss surgery will cost at least around $14,500. Additionally, some people may not be able to get weight loss procedures covered under their insurance. As a result, undergoing such a procedure is simply not possible for lots of people. This has made many viewers wonder whether or not My 600-lb Life covers the medical costs of the people seen on the show.

Sure, getting a year’s worth of free treatment from Dr. Now is definitely a great benefit to being on My 600-lb Life, but if the show paid cast members more to begin with, they could easily cover their own costs and have plenty of money left over. The lack of payment raises the question of why people agree to do the show in the first place. After all, many of the people who share their stories often find themselves having to deal with deep personal issues in front of countless people.

For some people though, doing the show isn’t about the money. They hope their story will inspire and educate others.Regardless though, My 600-lb Life may end up seeing a decline in the number of people interested in doing the show if they don’t step up their compensation package.