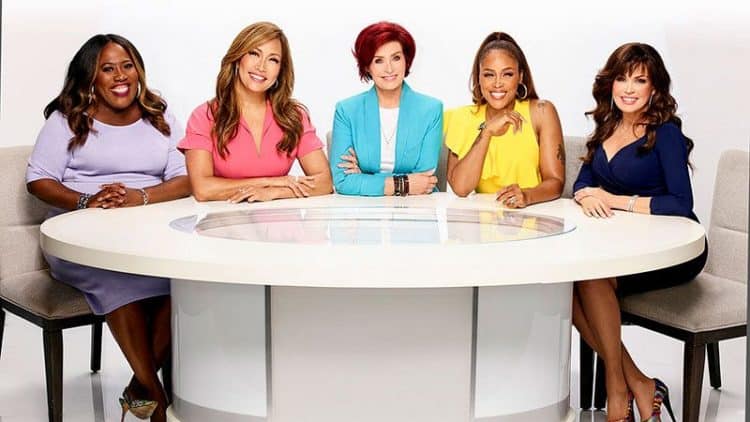 “The Talk” is a CBS network talk show that was launched in October of 2010. It’s been on the air for 9 years, but there are going to be some changes for the fall 2019 season. It’s been a popular series and there is every indication that it will continue forward amidst the upcoming changes. The show is filled through celebrity interviews as well as segments on topics of public interest. If you haven’t tuned in yet, here are 10 things you likely didn’t know about “The Talk.”

There are a lot of fans of the show “The Talk” who are not aware that it was created by “The Connors” star Sara Gilbert. She has served as host of the show for nine years. Gilbert has had a long history in show business and she is a seasoned actor, beginning her career as a child in the popular television series “Roseanne.” She signed up for the show again when it was rebooted, and stayed on when Roseanne’s character was killed off in the program due to her firing from recent controversy.

2. Sara Gilbert has left the show

After spending nine years of her life hosting the popular show she created, Sara Gilbert left the show. She shared that it was a difficult decision to come to, but she’s been experiencing difficulties managing her busy schedule, starring in “The Connors,” which she is also the executive producer for, as well as having a four-year-old at home to care for and taking care of other career opportunities. It was time for her to go, and there were tears as the formal announcement and the farewell episode was made.

3. The show follows the theme of motherhood

While there are a variety of topics covered on the show, the main theme relates to mothers. When guests are invited to the show, the main subject is about something that at least relates to being a mom. Opinions are solicited from the perspective of being a mom and the content of the show is aimed towards discussing contemporary views on parenthood, sharing experiences and so forth.

Since Sara Gilbert left “The Talk,” Marie Osmond was chosen to be her replacement. She has taken over the duty as co-host adn works with the remaining members of the cast. These include Sharon Osbourne, Sheryl Underwood, Aisha Tyler, and Carrie Ann Inaba. Osmond has commented that she is loving her new job and that she shares a closeness and bond with the ladies who serve as co-hosts with her. She indicated that it’s much like a sisterhood.

New viewers who enjoy having a regular schedule for their day will be happy to know that “The Talk” is a regular daily talk show which is aired every morning of the weekdays. It’s on Mondays through Fridays at 11:00 am pacific time. In some portions of the country, it airs at 2:00 pm.

6. It replaced a popular soap opera

When CBS made the announcement that they were going to cancel the popular soap opera “As the World Turns,” in December of 2009, it left an open slot. The show had been on the air for 54 years, and even though it was time for the show to retire for good, it would leave a hole in the lives of those who had been loyal viewers for decades. This created the perfect opportunity for Gilbert to launch the new show “The Talk” and to entice the audience of former “As the World Turns” viewers to begin watching. The show is filmed with a live studio audience, but it is pre-taped for later playback. It’s not a live show but there is audience participation.

Season 10 of “The Talk” kicked off on September 9, 2019. They’re taking a new approach this season and they’re making the popular talk show more about the viewers. It’s the show’s way of giving back to their loyal audience of faithful viewers. Although plans are still in the works, the co-hosts are planning to spend time with individual viewers and share their insights and stories on the show. This will help to foster an even stronger relationship between the cast and the audience.

8. “The Talk” has a viewership of millions

We also learned that the show has a very high viewership. When they headed to the East Coast to tape certain segments of the show in New York, they brought in their second-highest numbers of weekly viewers. Nielson compiled the figures and it came up to a massive 2.71 million viewers. The previous average was 2.69 million. Although it was not disclosed what the highest average was, this still isn’t bad at all. With such a high viewer base, it’s obvious that the show is going to keep coming back to CBS for a while.

CBS has set up a Facebook account where you can keep up on what’s happening on “The Talk.” You can find pictures, clips and comments by some of the guests interviewed on the program. You can also leave comments and join in on the conversations happening.

Women who are parents can find a lot of great tips on “The Talk.” It’s a show about real people talking about what it takes to be a good mom in society today. The issues are relevant and you get the hear the opinions of people from a variety of backgrounds. It’s an inspirational show because many of the moms who appear and juggling heavy responsibilities and workloads, but they manage and you can hear their stories of inspiration.