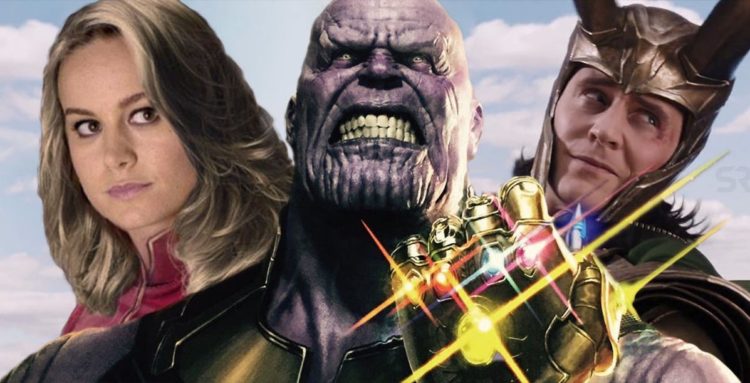 It’s kind of evident that a lot of people would pick out a number of mistakes that were made with Thanos in Avengers: Endgame, not the least of which is that he’s more of a teddy bear compared to the comics version that enacted the Snap well before anyone knew what was going on. In the comics the heroes had to fight short-handed from the beginning, they had no forewarning as they did in the MCU, not that it did much good. But the mistake that Kevin Burwick of MovieWeb is talking about has more to do with something a VFX designer would notice since it’s their job to make sure that everything falls into place for the final appearance so that it looks just perfect for the audience. Unfortunately accidents do happen and in the grand scheme of things there are those moments in the movie that can get overlooked, such as Thanos’ purple digits somehow poking through the Infinity Gauntlet during the final battle. VFX master Matt Aiken had this to say in response to the glaring error, as per MovieWeb:

“Yeah. I wish we caught it at the time. It just goes to show there’s always a little bit more that you could do. But yeah, we were doing a lot of work on the armor. You don’t want to constrain what [Thanos actor] Josh [Brolin] was doing on set, you want him to be able to perform and you just have to make the armor work to that.”

As I did mention it’s easy to see how mistakes can happen when there’s so much going on, even with an entire team in place to keep a firm check on any errors that might occur. But one thing that’s too evident in this case is that people were actively looking for this, which is something that’s kind of confusing to realize since it means that there are audience members that watch these movies not just for the thrill of it, but to catch any mistakes as well. On one hand it’s hard to say much against said individuals who want to catch an error since catching them does mean that they can be pointed out and eventually fixed. It could also mean that the VFX team might figure out how to fix this kind of error in other movies that are yet to come. But on the other hand it means that those that are watching and waiting for any slips aren’t exactly purchasing a ticket to have fun with the movie as much as the average person. That’s their loss as some would say, but while some of those looking for mistakes might still have a great deal of fun with the movie all the same, it does make a person wonder how.

Having watched the scene in which the slip happens a few times now, I can honestly say that one has to be actively looking for it to even see it, meaning that just casually noticing the mistake would mean that one has either worked in special effects before and knows what to look for, or was tipped off and is seeking out that one particular mistake as they rewind and continue to watch that one scene. For the casual moviegoer this almost feels obsessive, but for a VFX designer it’s definitely a must to think about how to avoid such errors. Personally, this one slip doesn’t really do much in the grand scheme of the movies since Endgame still went off like a rocket in the box office and managed to become one of the best movies that Disney has ever produced. If there are any real mistakes from the past two Avengers movies it’s that they took the source material and did what they could with it, meaning that they used the characters they had access to and created an alternate story to the comic book version that was recognizable but still different enough that people had to play catch-up. Like it or not, Disney has really de-powered and de-fanged its characters throughout the years since Thor, Hulk, Thanos, and several other notably powerful characters have been represented in a very lesser manner. In the comics, Thanos was as close to being a god as any one being could become, while Thor actually delivered a savage beat down to the mad titan the way no one else could. Hulk did get smashed by Thanos, but despite this he still put on a good show, not like the beating he received at the beginning of Infinity War. In essence, Disney has really tamed a lot of its characters and it shows.

All in all this one little glitch isn’t that big of a deal since unless you’re looking for it or know what to look for then it’s bound to be forgiven.