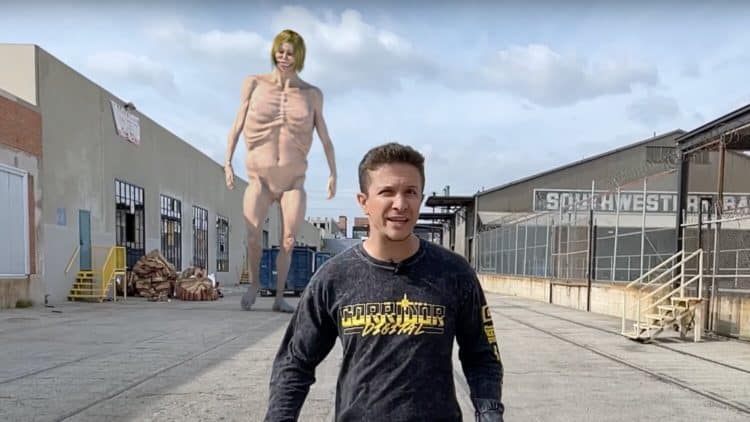 When viewed in Attack on Titan, the gargantuan beasts known as Titans appear insanely big and look as though they could easily wreak havoc without hardly trying. Even the smallest of them, standing 3 meters tall, is a living terror that most people wouldn’t want to tangle with. But the size comparison between the show and the real world is insane since in real life it would appear that some of the bigger Titans aren’t really as impressive as one would think. The trick of course is that in animation things can be made to appear insanely big in a few ways, which makes the Titans look way more imposing than they would be in the real world. Seriously, they would still be imposing since the smallest Titan is still extremely tall compared to the average human being. But when stacked up against other cinematic giants, the Titans are actually fairly small in stature. Kong, who is easily shorter than Godzilla, would still tower over the biggest Titan, while Godzilla would dwarf them in a big way. But for as imposing as they appear, there’s one thing that doesn’t make sense with the Titans, and it’s mentioned in the clip. As something gets bigger it increases in mass, and while getting heavier doesn’t start off as an issue it becomes one very quickly since the bigger the object or person, the more mass they have. The strength to support that mass needs to increase just as quickly if a body wishes to move quickly let alone move at all without the added mass causing serious injury. The Titans have been explained away before though as it’s been stated that they’re not just huge, but immensely strong and don’t really fall under the same rules that physics demands of everything else. This is another time when animation comes through to save a story from being impossible to tell.

This also goes to the overall ability of such massive objects to move and stop. The heavier something is, the more effort it will take to move, meaning that the Titans HAVE to be insanely powerful to even get their bodies into motion, and that power has to translate into stopping themselves on occasion as well since an object with more mass is also far more difficult to stop once it’s moving. If anyone wants a reference take into mind what it takes to start a bicycle and then stop it. Lighter objects don’t take as much effort to start while depending on how light they are it’s possible to stop quickly, even if the heavier mass atop the conveyance goes flying. That’s a different matter, however. But now think of a semi-truck that’s climbing a hill. It will take a massive amount of energy just to get the truck up the hill when compared to a bicycle, but rolling down the hill the bike will still stop quicker and easier, while the truck will require more effort to stop thanks to its greater mass. The Titans would likely have the same issue since their humongous size would force them to expend a great deal of energy just to get going, and just as much, if not more, to stop. During a fight, it’s likely that they would need to expend even more energy to swing their fists, which would eventually lead to fatigue. Of course, that’s not always written into the anime, so it’s fair to say that the Titans are, in a sense, more capable than physics would normally allow. They’re terrifying monsters for certain, but when being viewed as real-world monsters they might be less than respected simply because they’re not nearly as big as the creatures that people have been watching on the screen for so many years.

To be fair, the Titans are still very imposing, but when put into perspective with other things in the real world it’s easy to think that as tough as they are and as intimidating as they can be. Seeing one of these beasts running down the street would no doubt cause a mass panic since the idea of what to do against them other than call in the military would likely one of the first reactions. In terms of terror and size, the Titans are still every bit as ferocious as they appear, but it would be interesting, from a distance, to see how much armament it would take to bring a Titan down since in the anime they look pretty tough. They also look highly disturbing since their average appearance is nightmare fuel for certain. But at this point, they’ve become so popular that saying anything against the show isn’t bound to make a lot of friends. In terms of size though, the Titans aren’t as big as they would appear to be on the show.