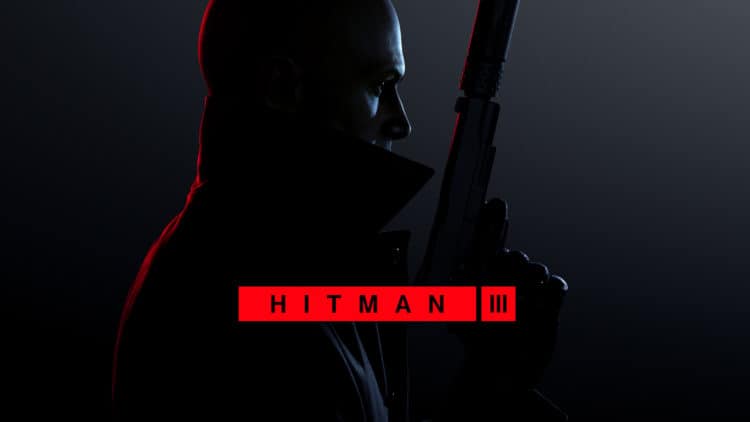 Hitman 3 released earlier this week in January, 2021 and we’ve got some tips that we think you may benefit from using on your first, second, and even your fifth play-through. Hitman 3 is a stealth game developed and published by studio IO Interactive; they have developed previous Hitman games such as Hitman (2016), Hitman 2 (2018), Hitman: Blood Money (2006), any many other games outside of the Hitman franchise like Kane & Lynch 2: Dog Days and Mini Ninjas. In the Hitman series, the player takes control of Agent 47, the classic barcode bald-headed assassin. So, how exactly can you take advantage of his pro skills and other things within Hitman 3 to finish the game to completion?

One of the biggest things about the Hitman series is the replayability. While you don’t exactly have an endless amount of ways to take out your targets, there are certainly many creative options that you can use to your advantage. However, the only way that you could possibly know about these options is prior to starting a mission. Before your mission starts, make sure you read the Challenges menu before hopping right into your mission; this will allow you to complete certain objectives without having to go back through the game just so you can get a specific achievement you could have achieved if you had read the challenge beforehand.

I know, I know, “but Ben I don’t care what the NPCs are saying!” Well, you should in Hitman 3! Occasionally, you’ll come across an NPC having a conversation and the game volume will increase as you approach closer and closer, odds are that this is the game telling you that these NPCs have some useful information that Agent 47 should be paying attention to. Yes, you can see some of these on the Intel screen on the Pause menu, but I wouldn’t rely on this as it won’t happen every time. Pay close attention to what some of these NPCs are saying as they could provide you with some vital information that could help you out with a kill challenge.

8. Pick up crowbars, wrenches, and screwdrivers

Agent 47 has the ability to turn nearly anything he can find into a weapon. However, there are a few items that you may need to pick up along the way in order to use them later. For instance, if you want to use an explosive barrel to assassinate your target you’ll need to unscrew a gas canister to allow the gas to leak out. To do this, you’ll need either a crowbar, a wrench, or a screwdriver. If you come across any of these items, pick them up! Don’t underestimate their value just because you can’t directly murder someone with them. Maybe you can, who knows, it’s Hitman!

7. Save your game all the time

This may seem like a no-brainer – especially with auto-save now ensuring that your game saves at every checkpoint. That being said, this game is one in which you must utilize trial-and-error to your benefit and one way to do this is reload your most recent save if you don’t get exactly what you want. You could rely on autosave, but that’s just adding more risk to your actions and it’s much safer to just save every time before you do something risky. The game is meant to be experimented with, so don’t be afraid to save and retry as many times as you feel necessary. Just make sure you save constantly.

6. Don’t try to complete all challenges your first time

If you try to complete every single challenge on your first time playing a mission… You’re gonna have a bad time. Each Campaign Mission has a selection of challenges to complete and completing said challenges will increase your Mastery Level. Increasing your Mastery Level will allow you access to new Starting Points and Gear. However, completing certain challenges is incredibly difficult early in the game, but if you continue to progress through the game you will unlock options that will allow you to return and complete these challenges with ease. So, don’t try and speedrun your way through every challenge; take your time and return at a later point to finish them.

5. Be cautious while in disguise

You might wonder how Agent 47 can be a regular master of disguise with a barcode on the back of his Mr. Clean skull, but somehow he does it. While he is certainly a pro at hiding in plain sight, you still need to be somewhat cautious whilst walking about wearing the outfit of whatever unfortunate victim you just merc’d. This does grant you some ability to roam free, there are still some NPCs that are smarter than others and will start to be suspicious of Agent 47. Just make sure to avoid setting off any yellow awareness bars or you’ll be detected.

4. Use the new Camera gadget

There’s a new gadget in Hitman 3 known as the Camera, unfortunately it’s pretty easy to forget about, but is essential to solve some mysteries hidden within the game. There are a few specific clues that will require you to use the camera to locate.

Speaking of cameras, you’re gonna need to destroy all forms of evidence in order to stay completely undetected throughout the game; this includes camera evidence. If you’re going for the highest score possible to achieve the best XP gains, just make sure to find a room with video footage and destroy the server – that is if you’re caught on a camera.

In a game full of heavy hitting sniper rifles and bath toys you can turn into weapons, one of the most powerful tools in Agent 47’s arsenal is the coin. Nope, nothing special about it, it’s literally just a coin, but the power of distraction can outweigh the firepower of any weapon in the game. While you can certainly use any weapon to take out your targets, toss a coin (to your Witcher) in any direction and you’ll distract just about anyone, allowing you to slip by undetected.

If you just skimmed through each subheading to get to #1 (my feelings are a little hurt, but I understand and I forgive you) then the one thing I need you to understand is that Hitman 3 is a slow game. Do not try to skip through the game as fast as you can. Take your time, take it slow, be methodical about how you complete missions. Or don’t, who am I to tell you how to play the game?