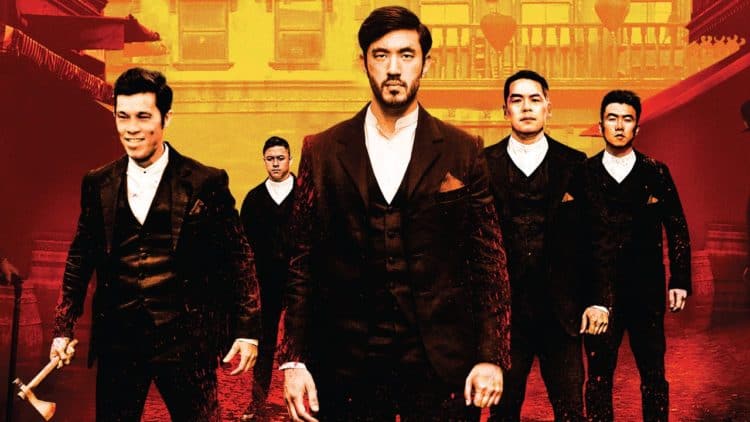 The 2019 hit show, Warrior, had some of the most epic fight scenes to hit television. They blended the most crisp martial arts skills and raw intensity, something that felt more fresh and unique. The gritty setting, the brutal characters, and superb choreography has made Warrior one awesome action show.

Since we’re on the topic of fight scenes, I think now’s the time to go over the best fight scenes the show gave us. It’ll be a tough list to narrow down, granted the amount of incredible fight scenes there were, but I’m selecting the absolute best. I’ve made my decisions based on the fight scenes that displayed the most skill in martial arts, had the most emotion behind them, or just showed some bloody grittiness.

Warrior is a bloody show, but fans of martial arts should put this on their t0-watch list. This list of its best fight scenes will certainly prove why. Put down your ninja toys, martial arts fans, because it’s time to go over the top five fight scenes in Warrior.

5. Ah Sahm vs. The Three Immigration Officers (The Itchy Onion)

Kicking off the list is the very first fight scene of the show. Ah Sahm arrives to America by boat and shortly after departing, he is met with brutal racism. When three immigration officers harass one of his fellow Chinese immigrants, he intervenes. The three officers act as overconfident bullies as they try to provoke Ah Sahm. When the head officer challenges him to a fight, they learn a lesson or two about humility. Ah Sahm swiftly knocks out the first two officers, and then proceeds to defeat the head one with ease. This scene showed the main protagonist humiliating three bullies by using his superior martial arts skills. Not only did it quickly establish Ah Sahm as a tough lead, but it set his journey in motion as well.

4. Dylan Leary vs. Jack Damon (Chewed up, Spit Out and Stepped On)

This is a show that primarily displays kung fu. The main character comes from seventeenth century China, a time where kung fu was still a prominent art. Many of his fellow Chinese immigrants are proficient in the art, but don’t forget where they immigrated to. Seventeenth century San Francisco was largely inhabited by the Irish, who were also adept fighters. The difference between them and the Chinese is their fighting style. While the Chinese favored fluid kung fu over brutality, the Irish practiced bare-knuckle boxing.

One of the show’s most enduring antagonists is Dylan Leary. He is the leader of the Irish Mob and spent most of his time targeting the Chinese. In one of his very own fight scenes, Leary challenges a Pinkerton agent named Jack Damon. Damon secretly worked as a debt collector for one of the Chinese Tongs, earning Leary’s enmity. They stepped into their own ring and had an old-fashioned brawl, ending in blood, sweat, and tears.

This gritty fight scene showed Leary’s unflinching savagery, as well as his skill in boxing. It stood out from the other fight scenes, due to its lack of flashy kung fu choreography. There was only brutal, realistic boxing in this fight scene, and it was painfully fun to watch. It overall proves that a character like Leary doesn’t need to know kung fu to be intimidating.

Ah Sahm made short work of many thugs, but once in a while, he would come across someone who could go toe to toe with him. One of those guys was Bolo, a top level enforcer from the same Tong Ah Sahm belonged to. Much like Ah Sahm, Bolo was a true warrior and very skilled at martial arts. The difference between them is that Bolo relied more on rage and brute force. Their fight scene together showed the difference between them, and it only added to the intensity.

In an attempt to save his sister, Ah Sahm is forced to defend her against Bolo’s wrath. The two martial artist duke it out pretty hard and each fighter takes their licks. It ended with Ah Sahm breaking Bolo’s arm and indirectly kicking him into his sister’s knife, who subsequently kills him. This is one of Warrior’s best fight scenes, due to combination of great martial arts skills and sheer brutality fused together. Ah Sahm and Bolo were two different kinds of warriors that delivered a one of the most fierce fight scenes on the show.

The season finale of Warrior served as Ah Sahm’s moment of clarity. After suffering a crushing defeat, he wallows in a pool of self-pity and depression. He was kicked out of his Tong, and was forced to join the harsh working class of immigrants in order to survive. His spirit was seemingly forever broken until the Irish Mob raids the factory he was working in. When the mob is about to cripple his fellow workers, his inner warrior resurfaces. Ah Sahm uses his anger and skill to swiftly defeat the Irish Mob, even showing off his skills with weapons with common tools. When he defeats them all, their leader, Dylan Leary, emerges and challenges Ah Sahm. Despite not being a kung fu fighter, Leary holds his own and the fight is interrupted by the police.

The best thing about this fight was how it echoed the factory fight scene from The Big Boss. Bruce Lee’s character was forced to fight a group of thugs attacking his fellow workers, very similar to Ah Sahm. Ah Sahm was heavily based on Bruce Lee, both in mannerisms and fighting style. The biggest difference between the two scenes is that Ah Sahm went up against a different kind of fighter. It became kung fu versus boxing, with Leary being the stronger fighter and not needing any flashy skills. This fight scene sets up a crucial aspect for future episodes, pitting Ah Sahm against more grounded fighters and taking him out of his comfort zone.

The best fight scene from Warrior was the ultimate fight to the death between Ah Sahm and Li Yong. Ah Sahm encountered Li Yong in the first episode, and the two men fought to a standstill. Li Yong is the top enforcer to the Long Zii, the rival Tong to the group Ah Sahm belongs to, called the Hop Wei. When the two Tongs pit the two warriors against each other, the fight between them incorporates all the bloody grittiness and martial arts skills that makes Warrior fun to watch.

The fight initially falls in Ah Sahm’s favor and he stands seemingly victorious. Li Yong, however, proves to be the better warrior when he bounces back and brutally beats Ah Sahm. The best thing about this fight scene is the unexpected turn it took. Ah Sahm’s defeat broke his spirit, but it only gave him the chance to grow more as a character. The main lesson he learned from this loss was that a true warrior grows stronger from his defeats and must get better.

These are the five best fight scenes (so far) from Warrior. If you love martial arts and want to see it in some epic action scenes, give this show a watch. Season 2 of Warrior returns this April. Stay tuned, martial arts fanatics.