Home
Movies
The Top Five “I ams…” In Movies 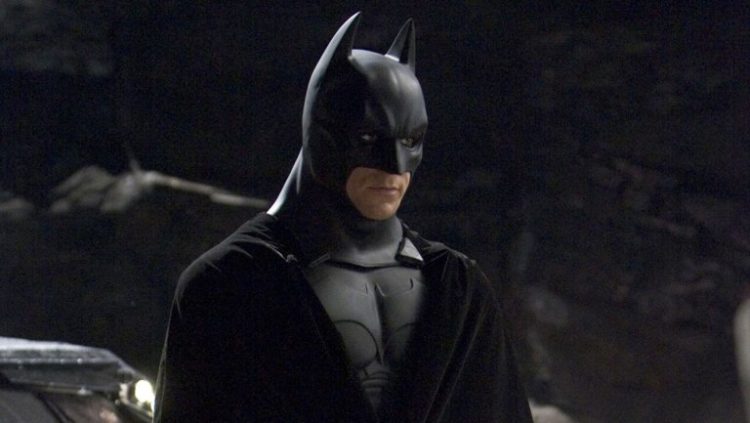 I honestly don’t know what’s more cooler than hearing someone say, “I am so-and-so” in a movie. It’s not a boasting thing, but a way of proudly announcing who they are. Nine times out of ten, the person saying that usually wants to give one last “I got you” remark to their enemies. Call it a victory cry, call it pride, but it’s always cool. Just who exactly says this line in the history of film? The easy answer is a lot of characters, but only the coolest of the cool make it sound amazing. For this list, I’m counting down the top five best deliveries of the line, ” I am…” and of course, whatever their names are.

If you’re a movie fan and like heroes saying awesome things, take a seat and buckle up. Time for the countdown.

5. We Are Venom (Eddie Brock and Venom in Venom)

My first pick for the list is kind of a cheat, but honestly, how could I leave these two out? When we first heard Eddie Brock and Venom say those famous three words, it was like music to our ears. Yes, they gave it away in the trailer, and yes, they saved it for the final scene of the movie, but that didn’t take away the impact it had. The significance of Venom and Eddie saying “we” symbolizes the bond they share. Like Tom Hardy once said, these two are much like Ren and Stimpy. Their hilarious bickering and mutual need for each other led to one of the best partnerships in film history.

By the end of movie, Eddie attempts to teach Venom a lesson in heroics by defending a shop owner from a thug, and the result was both of them finally revealing who they are. It was cool, it was funny, and I just can’t wait for them to kick it up a notch in the sequel. Venom is still just Venom when he’s alone, but when he’s merged with Eddie, he’s much more.

4. I Am No Man (Eowyn in The Lord of the Rings: The Return of the King)

Out of all the “I ams” that were ever said, this particular one isn’t about the character proudly claiming what they are. This one is about the character doing the exact opposite. The elephant in the room (not the Olyphants) was the only woman on the battlefield during the Battle of Pelennor Fields. The niece of King Theoden of Rohan, Eowyn, was the only one brave enough to challenge the Witch-King of Angmar to a straight-up duel. She started by killing his pet fell beast, then held her own against his massive, spiked flail, using just a sword and shield. She was defeated and seconds away from being killed, but lucky for her, Merry stepped in and saved her.

What made Eowyn’s delivery of the line so powerful is that she was initially mistaken for a man by the vile Witch-King. Right before she delivered the killing blow, she removed her helmet and happily contradicted his arrogant claim on how no man could kill him. Well, in a way, he was right, and that’s why Eowyn wanted to stick it to him both figuratively and literally. Talk about girl power.

Yes, I’m choosing Christian Bale over Michael Keaton. Don’t get me wrong, I really liked Keaton as Batman, and his delivery of the line, “I’m Batman” was exceptional. However, the difference between his delivery and Bale’s is the fear and conviction behind the latter’s. Yeah, make fun of his voice all you want, but in that moment when we heard him for the first time, it meant something. He instilled fear in the untouchable crime boss, Carmine Falcone, and subdued his thugs like a ninja. Bale’s Batman used fear, surprise, and intimidation to imbue Falcone with fear, so when he did reveal who he was, it hit right home.

The first step for an actor to playing a great Batman is to deliver that line, and Bale nailed it. While Keaton’s delivery was more calm, Bale’s delivery just spoke that he meant business. I’m just waiting to hear how Robert Pattinson will say it.

2. And I… Am All The Jedi (Rey in Star Wars: The Rise of Skywalker)

I was admittedly disappointed with Star Wars: The Rise of Skywalker, but there was one part that stood out to me. When Rey escaped the jaws of defeat from the hands of Darth Sidious, she said one of the best lines in Star Wars history. Every Jedi who ever lived was inside of Rey when she faced Sidious, giving her enough strength to deflect his lighting right back at him. In a moment of pure hubris, Sidious told Rey he was all the Sith, and right before she used the force to handle her other lightsaber, she boldly replied, “And I… am all the Jedi.” She ignited the other lightsaber and Sidious was finally obliterated.

Maybe this time, he’ll actually stay dead, but that’s not important. What is important is Rey finally reaching her full potential to defeat the Sith. She began as a total mystery woman, but the end of her journey revealed what she truly was. Like she said, she is all the Jedi, and used all their might to destroy an enemy that was plaguing the galaxy for so long. What made her delivery of the line so strong was her struggle to overcome Sidious. It was a slow build up, but it only made the pay off even greater. It showed how greatness can really come from everywhere.

What’s cooler than a heroic sacrifice? For the sake of Iron Man in Avengers: Endgame, it was something we didn’t want to see, but hit us right in the feels. If the heroes wanted to defeat Thanos, there had to be a sacrifice, and the list of candidates to make that ultimate sacrifice was high. Iron Man was the hero to kick off the Marvel Cinematic Universe, so his sacrifice would make the most sense. Not only did he come a long way from being the selfish playboy, but he managed to outwit and completely shock Thanos. After making many mistakes, Iron Man finally solidifies his status as a great hero and repeats the last line from the first movie. I thought it sounded cool the first time, but the second time outdid the first with all the emotional weight behind it.

As Marvel fans, we are all Iron Man. He will be missed.

Did I miss anyone? I really don’t think any other characters said it better, but we’ll see what the future holds. Maybe Captain America will try to steal Iron Man’s line?