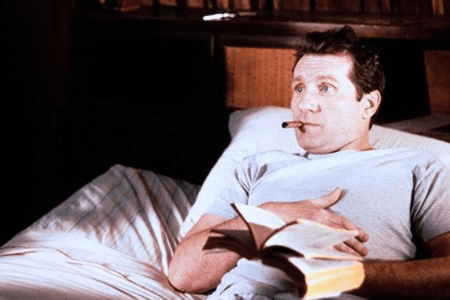 When you think of actors who are known for playing martial artist roles, who do you think of? The first actor who should come to mind must be Bruce Lee. Seriously, if he isn’t, then you need to brush up on your martial arts movies. Now if we’re talking about other martial artist actors, some other actors who would come to mind might be Jason Statham, Jackie Chan, Jet Li, and many, many more. Needless to say, these actors are known for playing martial artist because they themselves are legit martial artist. Jet Li was a former Wushu champion, Michael Jai White has multiple black belts, and Jean-Claude Van Damme was a former professional kickboxer. When it comes to those martial artist actors, nine out of ten of the roles they play are the badass action hero. That one extra time, they will play a more serious or comedic role.

So what about the non-martial artist actors who frequently take on the badass martial artist roles? Typically, actors with no martial arts experience will spend several months training with experts to at least make them look like legitimate fighters. Of course, when the fight scenes come, they’ll have the stunt double come in and do the rough physical work. Actors like Wesley Snipes or Scott Adkins are chosen for the martial artist roles because they make the fight scenes look authentic. These guys have been training in martial arts since they were young men, and that training shows in their movies.

However, there are several non-martial artist actors who are legit martial artist. They aren’t known for being in dozens of martial arts movies, but that doesn’t mean they don’t practice martial arts in their downtime. These actors could play serious roles, comedic roles, and even the regular action role regularly, but outside their movies, they know some skills.

Mickey Rourke has proven he can play the badass (Sin City) and even the serious roles (The Wrestler), but in real life, he can still knock your head off. That’s because he was a former amateur boxer who made a habit of knocking out his opponents. Rourke has had eight boxing matches with a record of 6 wins, 2 draws, and 0 losses. He briefly returned to boxing in 2014 (an exhibition match that he won), but it looks like his boxing days are over with. That’s fine, but whenever we see Rourke kicking butt in his movies, we’ll be reminded that he can probably still knock us out in real life.

Denzel Washington very rarely played the badass in his younger acting years. Nowadays, he seems fully invested in playing the badass. If you’ve seen The Book of Eli or the two Equalizer movies, you probably noticed how skillful he was with bladed weapons. Where do you think all that came from? Well, it’s because he’s an avid student of Jeff Imada and Dan Inosanto. For those who don’t know, Jeff Imada is a well-known stuntman and fight choreographer with an impressive resume. He has served as the chief fight coordinator for films like the Jason Bourne franchise, his most popular work. And as for Dan Inosanto, he was a close friend of Bruce Lee. Heck, he’s the guy who taught him how to use the nunchaku. He’s also one of the most prominent instructors of the Filipino art known as Kali or Arnis.

What separates this art from other martial arts is that it’s known primarily for its weapons training. When you see Denzel very skillfully cutting through bad guys with bladed weapons, that comes from his training in Kali. There’s a lot of finesse behind the knife techniques of Kali and Denzel performs these techniques in The Equalizer movies and in The Book of Eli with great skill. Hey man, it’s Denzel.

Billionaire, playboy, philanthropist, and skilled martial artist on top of it. Robert Downey Jr. may not play Captain America, but he still finds time to practice wing chun kung fu. Heck, he’s been practicing it since 2003 and has given it credit for helping him turn his life around. Just look online and you’ll see him going to town on a wing chun dummy, along with his instructor, Eric Oram. Aside from training Downey, Eric Oram has served as his fight choreographer in his Marvel movies. If you rewatch some scenes when Tony Stark is fighting, you’ll catch him using some Wing Chun techniques. Looks like Tony Stark really is more than just a guy in a suit. Now if you want to see Downey really make use of his Wing Chun skills, watch his fight scenes in Sherlock Holmes. Heck, he’ll even walk you through it.

Idris Elba just kills it in every role he’s in. However, he’s also (not really) killed it in the ring as a kickboxer. If you’ve ever heard of the documentary, Idris Elba: Fighter, you’ll get to see Elba train like Rocky with Muay Thai coach, Kieran Keddle. For twelve months, Elba trained for his first kickboxing match against Lionel Graves, a Dutch kickboxer. Graves was younger and more experienced, but guess what? Elba defeated him by technical knockout. Elba can play the badass role, but that’s because he’s a legitimate badass in real life. His kickboxing career may have been short, but if you enter the ring, you got guts. Want to try and take him on? I would just stick with watching him kick butt in his movies.

That’s right, Al Bundy, the most notorious TV family man knows martial arts. O’Neill can make you laugh like no other, but he’s also been a practitioner of Brazilian jiu-jitsu for over twenty years. In 2007, O’Neill received his black belt, which he has considered to be one of the greatest achievements in his life. And who wouldn’t agree with him? It takes a long time to be worthy of a BJJ black belt, but this comedian put in the work. So the guy can make you laugh and choke you out? Talk about a unique skill set.

Well, this list proves that martial arts is for everyone. Whether you want to practice it for self-defense, sport, fitness, or to improve your inner strength, martial arts can change your life. It did for these actors, and it can for you too. It also shows that you should be careful on who you mess with. For real, Al Bundy can put you in a triangle choke! That’s bananas.